In the worst kept secret since the Electoral College sucks, the Board of Works voted today to adopt Option B, which restores two-way traffic to Elm, Spring, Market, Bank and Pearl, though at the considerable and heart-rending expense of gutting most of consultant Jeff Speck’s worthiest proposals for bicycling lanes and parking innovations on these and other subsequently omitted streets (State and Vincennes most glaringly).

Area merchants are advised to refrain from selling lighter fluid or Bics to Antebellum Irv, though the Luddites might yet have pyrotechnics up their sleeves.

Just prior to the election, a very highly placed Democratic Party grandee personally opposed to these street grid changes informed me that it would be impossible for him to speak publicly about the topic owing to previous litigation over the Main Street Beautification Project, hinting strongly that truck-through lobbyists would do the same with our Ceausescu-styled “Downtown Grid Modernization Project.”

We shall see. After 13 years of battling colossal stupidity and institutional timidity in pursuit of today’s outcome, and given the ongoing absence of comprehension among city officials as to the benefits of street grid modernity, I’m refraining from a victory lap and sticking to my usual story, because verily, I’ll believe it when I see it.

HWC Engineering presented 3 design options to the Board of Public Works and Safety on September 13, 2016. At this meeting, they recommended a conversion of all roads encompassed in the downtown grid system which included Pearl, Bank, Market, Spring, and Elm Streets. Additionally, the final environmental document required by the Indiana Department of Transportation was just recently approved, allowing action to be taken by the Board of Public Works and Safety.
Spring Street with 2-way traffic during the 1960s. 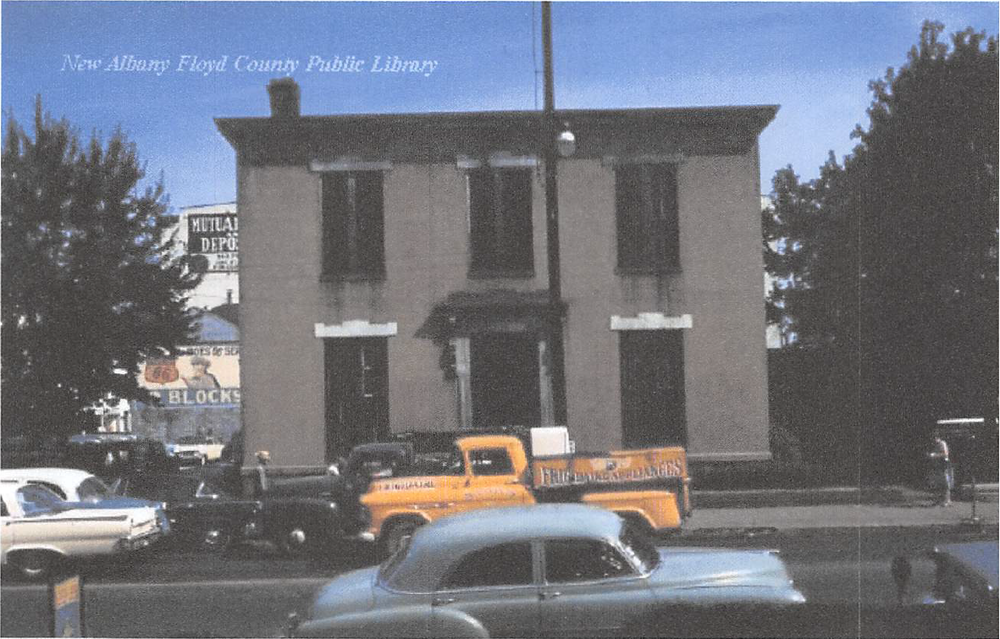 At this morning’s meeting of the New Albany Board of Public Works and Safety, the board moved to accept HWC Engineering’s recommendations on the Grid Modernization Project, and have begun the process of converting the one-way streets of Pearl, Bank, Market, Spring, and Elm Streets to two-way traffic.

“I think this is a positive change for our city. After months of review and preparation, the Board of Public Works and Safety has reached the same conclusion as planners and engineers. The City of New Albany has been one-way long enough. These changes improve walkability, the connectivity of all residents, and will further enhance our downtown,” stated Mayor Jeff Gahan.

The full text of the resolution adopted and approved by the New Albany Board of Public Works and Safety can be viewed below:

WHEREAS, the City of New Albany held 3 public meetings to discuss the Grid Modernization project with residents, businesses, and community stakeholders.

WHEREAS, the City Administration also hired HWC Engineering to review the recommendations of Jeff Speck and to provide options and alternatives that addressed the matters and issues presented by the public during the meetings.

WHEREAS, HWC Engineering was tasked with the goals of ensuring the Spring Street Corridor did not become a toll dodging route, improve safety and walkability in downtown, ensure adequate flow of vehicular traffic on downtown streets, and enhance downtown as a destination location.

WHEREAS, HWC Engineering presented 3 design options to the Board of Public Works and Safety on September 13, 2016, and recommended a conversion of all the roads encompassed in the downtown grid system which included Pearl, Bank, Market, Spring, Elm Streets.

WHEREAS, the final environmental document required from the Indiana Department of Transportation was just recently approved allowing action to be taken by the Board of Public Works and Safety.

BE IT RESOLVED by the New Albany Board of Works and Safety hereby adopts and approves the recommendations of HWC Engineering to convert the current one-way streets of Pearl, Bank, Market, Spring, and Elm Streets to two-way traffic.

Jeff Speck on HWC Engineering’s bicycle-free, two-way streets abortion: “I guess that’s what you get when you ask engineers who do not value biking to change a plan.”