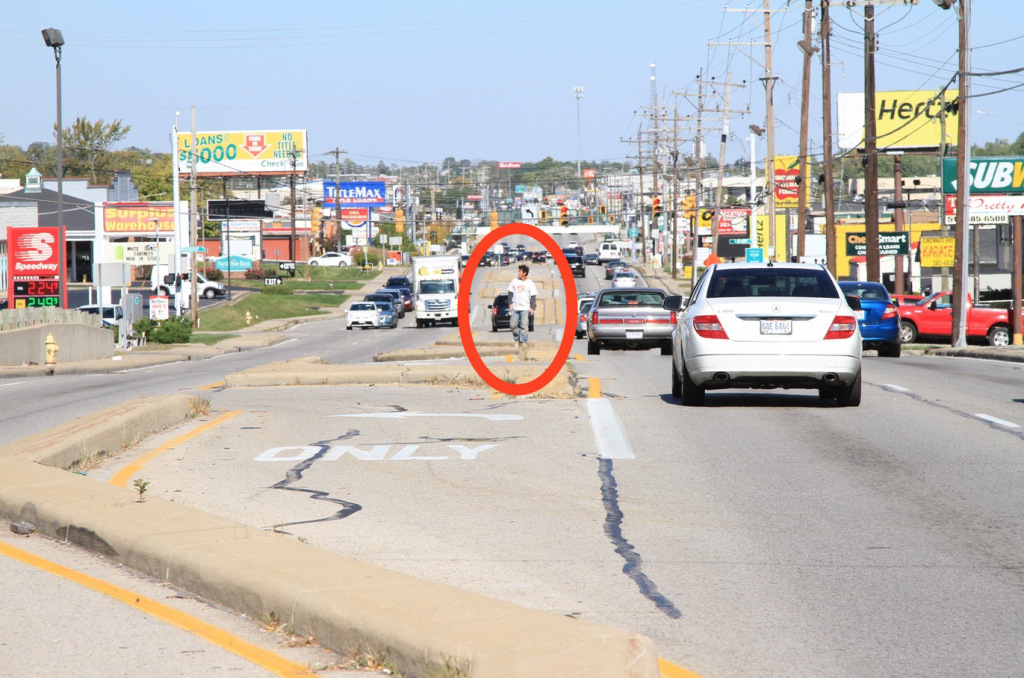 What is a talisman?

1. a stone, ring, or other object, engraved with figures or characters supposed to possess occult powers and worn as an amulet or charm.

3. anything whose presence exercises a remarkable or powerful influence on human feelings or actions.

That guy trying to cross the stroad (above) is a talisman of sorts, though most drivers wouldn’t give him a second thought, at least until the point of impact.

The Talisman of Colerain, by Johnny Sanphillippo (Strong Towns)

As perhaps the world’s most lapsed Catholic I still instantly recognized this rusty bit of iron for what it is. It’s a relic. A talisman. It’s a distant cousin three times removed from a splinter from the Cross or a tiny fragment from a Saint’s robe. It’s meant to have special healing powers that will bring health and prosperity to the town. It’s a shield to protect the innocent and vanquish evil. All you have to do is believe and its blessings will be revealed. I’ll get back to that in a moment. But first, there’s that other image …

The talismanic influence of certain objects can reflect the surroundings.

The town is broke because there’s a structural gap between revenue and expenses due to a suburban land use pattern that can never pay for its own obligations or maintenance. The memorial park is sitting in a sea of low-value surface parking lots, empty buildings, and buildings that are only occupied because they were bribed into existence with subsidies and tax abatements to keep up appearances. Meanwhile millions of dollars worth of public infrastructure sit underutilized.

And the verdict isn’t pleasant (bold type mine).

I doubt the good people of Colerain are interested in transforming their old parking lots and dead strip malls into a thick Main Street downtown full of mixed-use buildings with shops on the ground floor and offices and apartments upstairs. I don’t think they’d even know how to build that sort of thing if they tried. They’re too obsessed with parking ratios and flower beds that look like the prosperous suburbs they no longer are. I’m not even sure there’s even a market for that kind of thing in this location. So I see continued decline and more desperate attempts at resurrection by pure faith. So be it.

But remember, kiddies — we’ve got hospital sale money to make it all right.