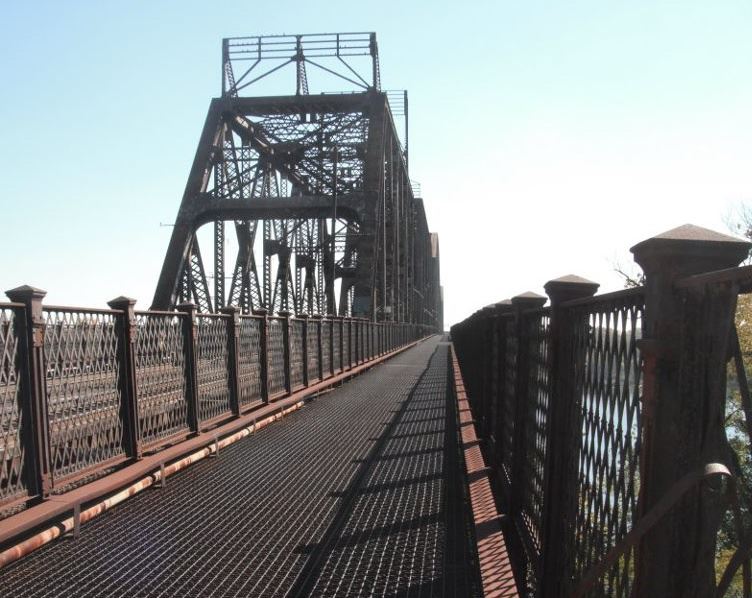 To which I can respond in only one way: Nationalize the Norfolk Southern.

After nearly 60 years unused, the Harahan Bridge’s wagonways have been converted into pathways for bikes and pedestrians.

… This coming weekend marks the official opening of Big River Crossing, a reworking of the Harahan Bridge, a Union Pacific railroad crossing over the Mississippi River. The truss bridge, designed by preeminent civil engineer Ralph Modjeski and completed in 1916, connects Memphis and the city of West Memphis, Arkansas. Modjeski configured the bridge to accommodate automobile traffic by devising cantilevered “wagonways” that flank the bridge’s railroad track. Now, after almost six decades without being used, those wagonways have been converted into pathways for bikes and pedestrians.

Big River Crossing rolls out for almost a mile over the Mississippi, making it the longest rails-with-trails bridge in the country. Development of rails-with-trails projects have accelerated in recent years—the nonprofit Rails to Trails Conservancy noted in a 2013 report a 260 percent uptick since 2000—but the scale and scope of BRX, as it’s been nicknamed, carries added weight to its unveiling.