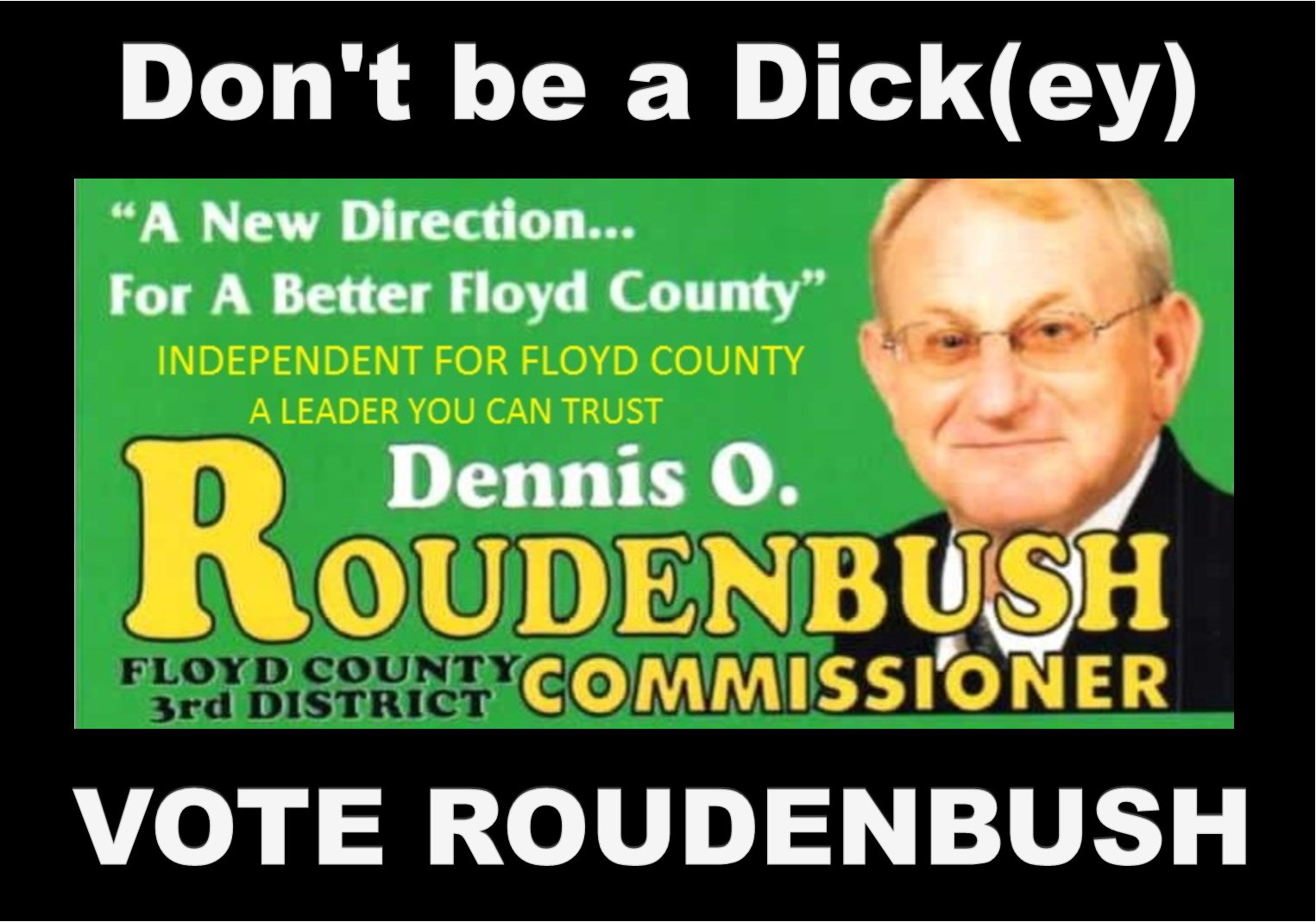 Following is the text of my letter to the editor of the News and Tribune supporting Dennis Roudenbush for Commissioner. It requires no further explanation.


Roudenbush well-qualified to be Floyd commissioner

In 2016, Dennis Roudenbush is running for Floyd County Commissioner, and there are several good reasons why you should vote for him.

First, he’s running as an Independent, because the leadership we currently need from our county commissioners shouldn’t be the sort tied to partisan politics, as so often in the past. Dennis knows this. He’s lived here his whole life, and as an Independent, he’ll serve the taxpayers, not the party power brokers.

Second, Dennis’ accumulated experience in management positions is greater than his three opponents combined. He’s served in the U.S. Army, been a township trustee, sat on a township board, managed a supermarket and worked as a corporate auditor. His record of personal responsibility and fiscal accountability is impeccable.

Finally, Dennis understands that Floyd County government is entering a transitional phase following the sale of Floyd Memorial Hospital. It is imperative to have a mature, practiced hand in a position to chock the partisan political deal-making sure to arise from the influx of money.

Dennis truly is the best qualified candidate in this race, and he’s the man of the moment. I encourage readers to examine his platform planks at roudenbushforcommissioner.com