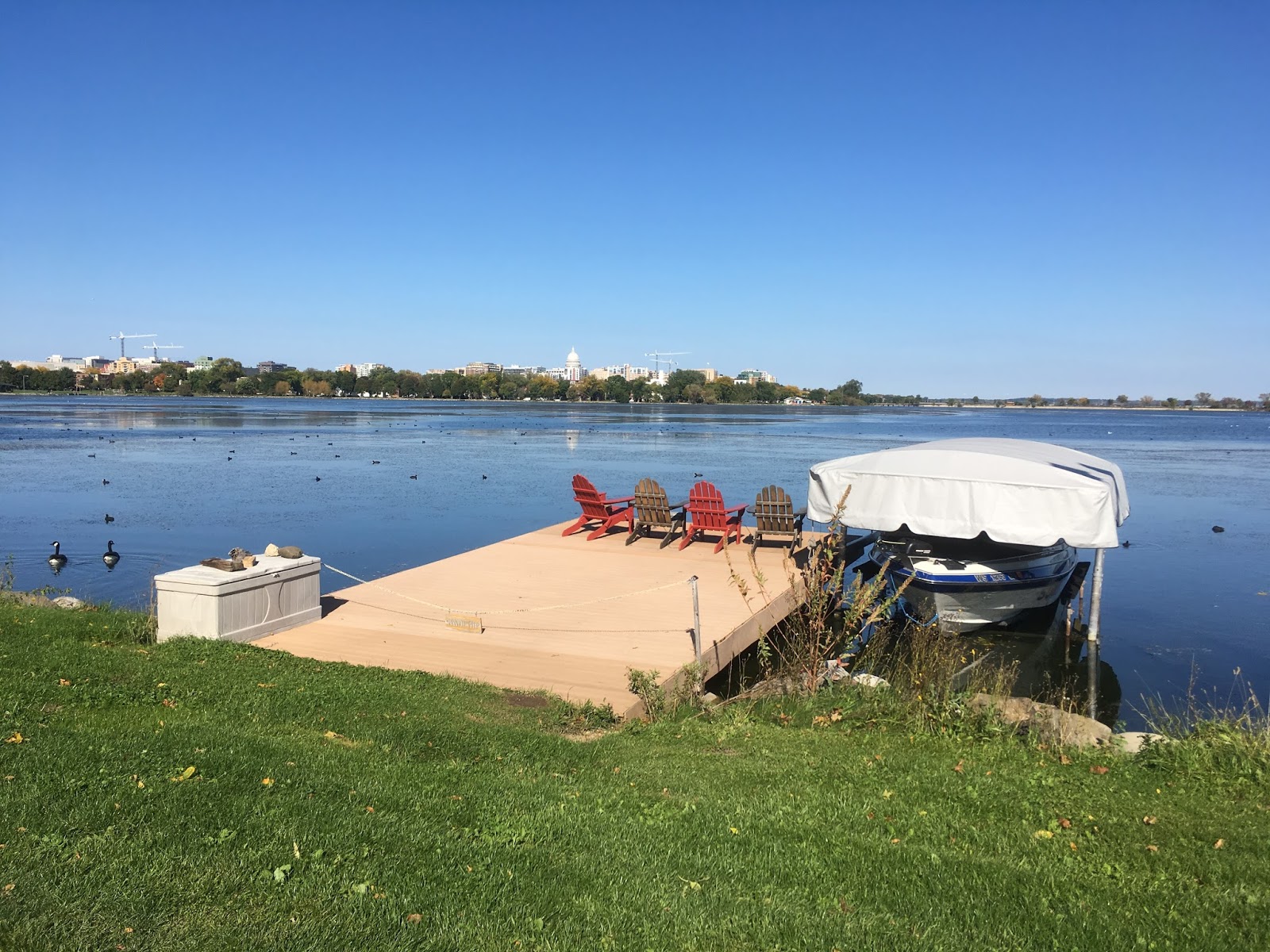 Saturday morning dawned cloudless and pleasingly chilly, with temperatures in the forties. The itinerary stipulated coffee and muffins at Barriques, followed by a walk to the Dane County Farmers Market, which surrounds the state capitol on all four sides, with people, wares and merriment spilling into nearby streets — especially State Street, pointing the way to the University of Wisconsin.

Somehow, in a way that defies native New Albanian logic, Madison’s premier farmers market thrives entirely on its own merits, completely absent “infrastructure improvements” that serve mostly as window dressing for organizers and mean nothing to the vendors or their customers. There isn’t even a Port-A-Let that I’m aware of, and market is well-attended, even in October. 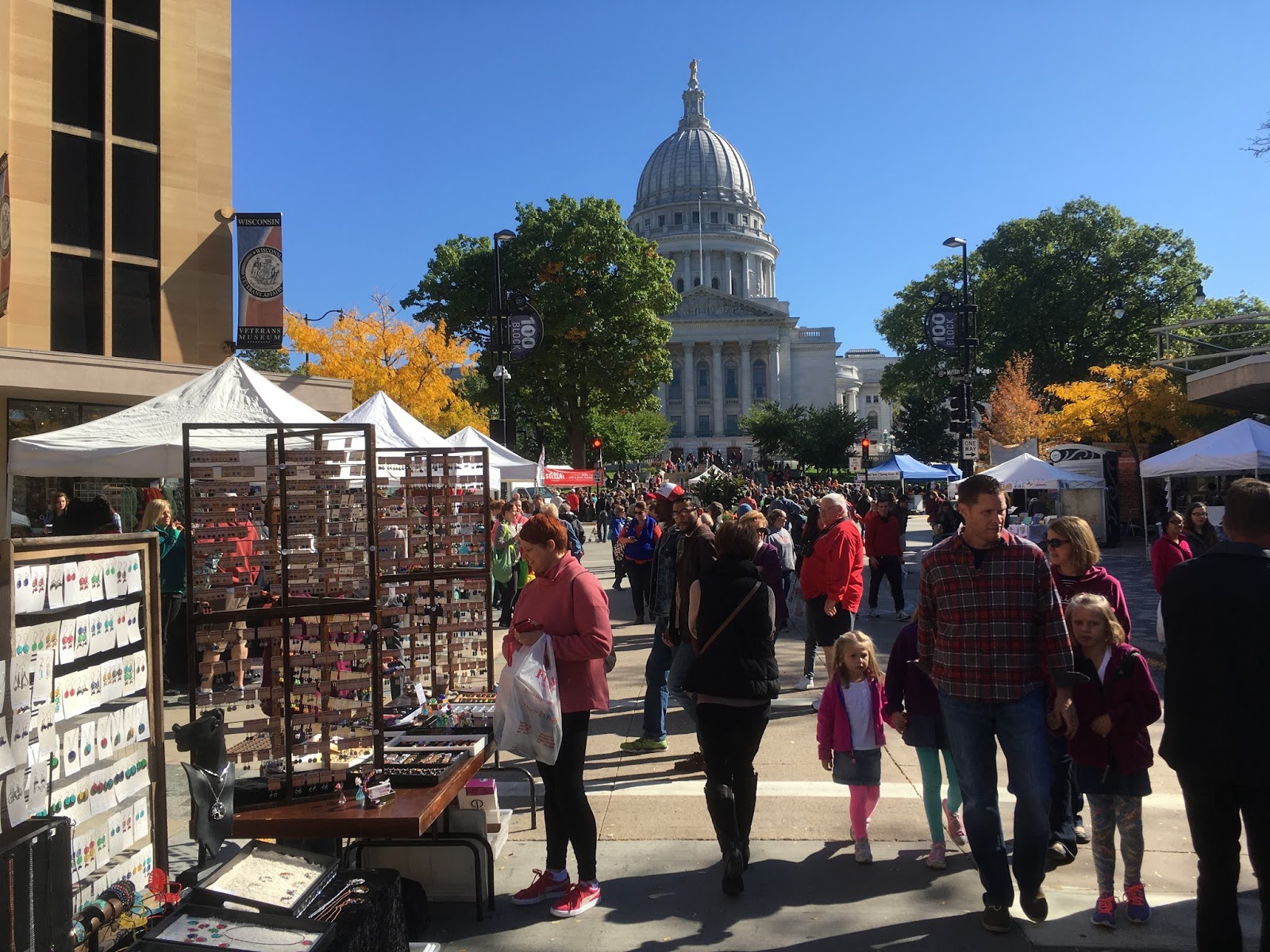 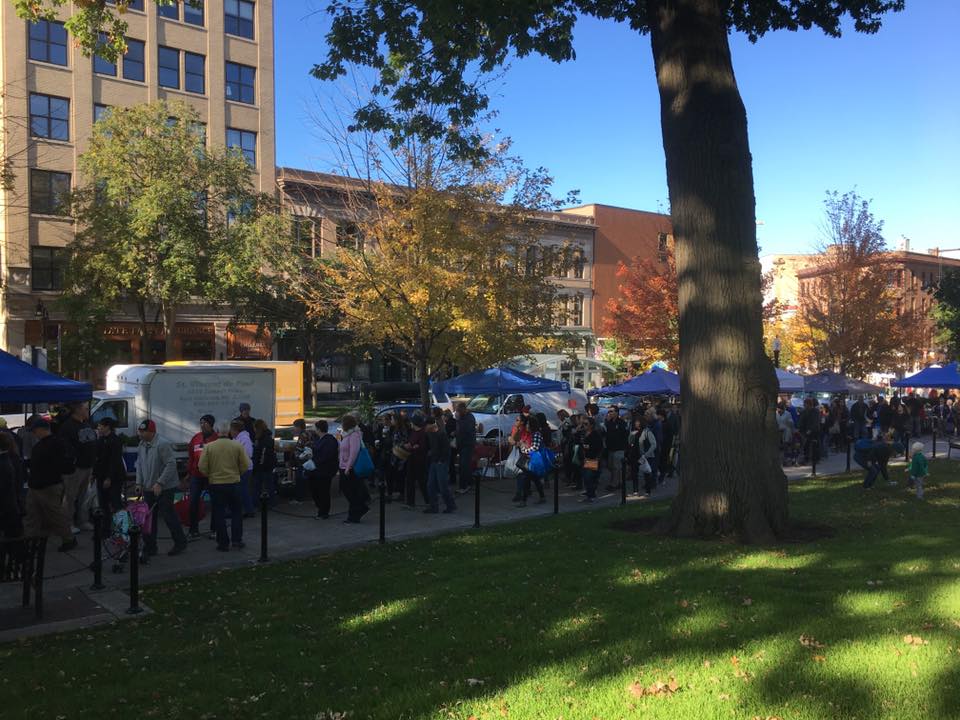 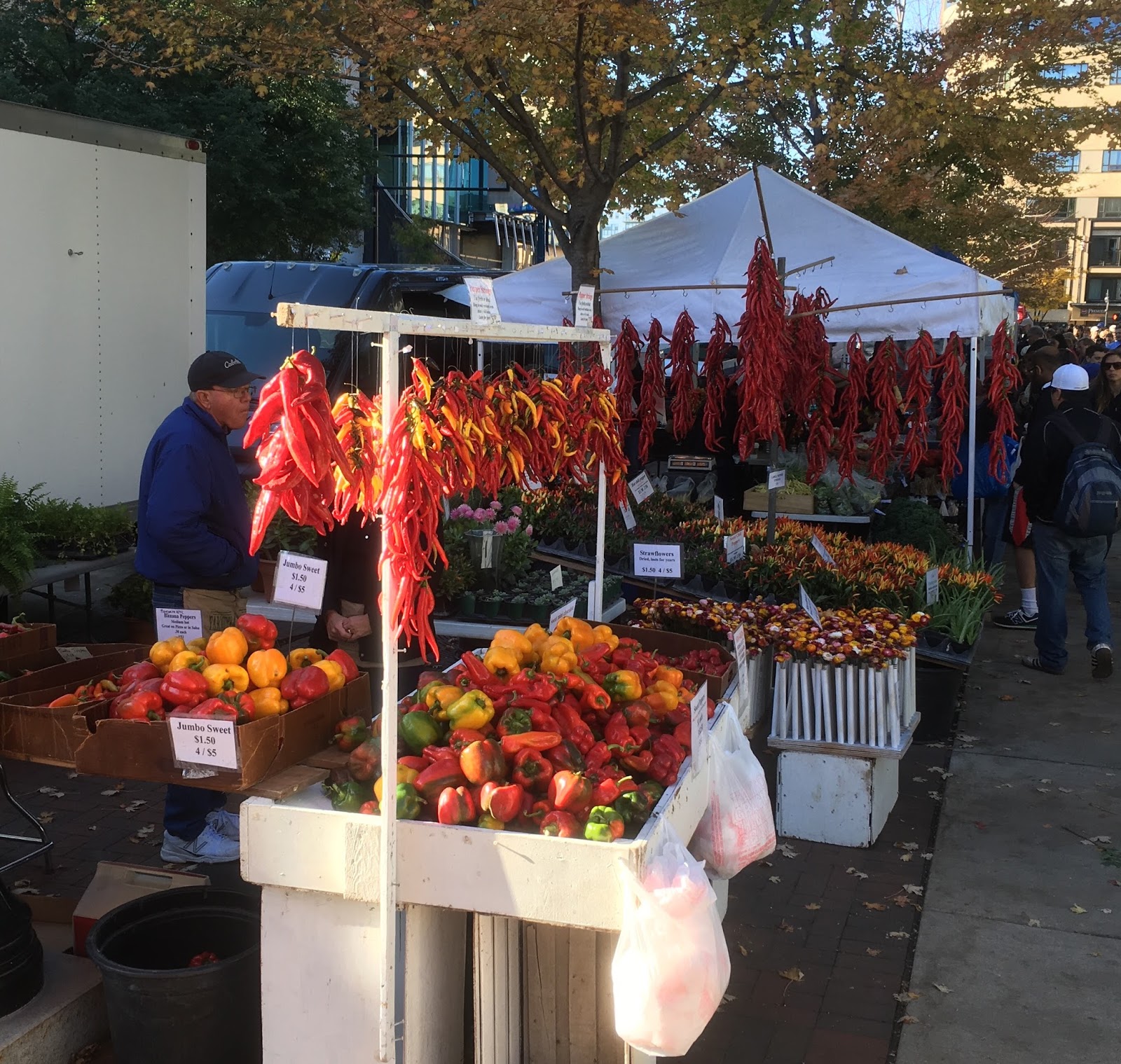 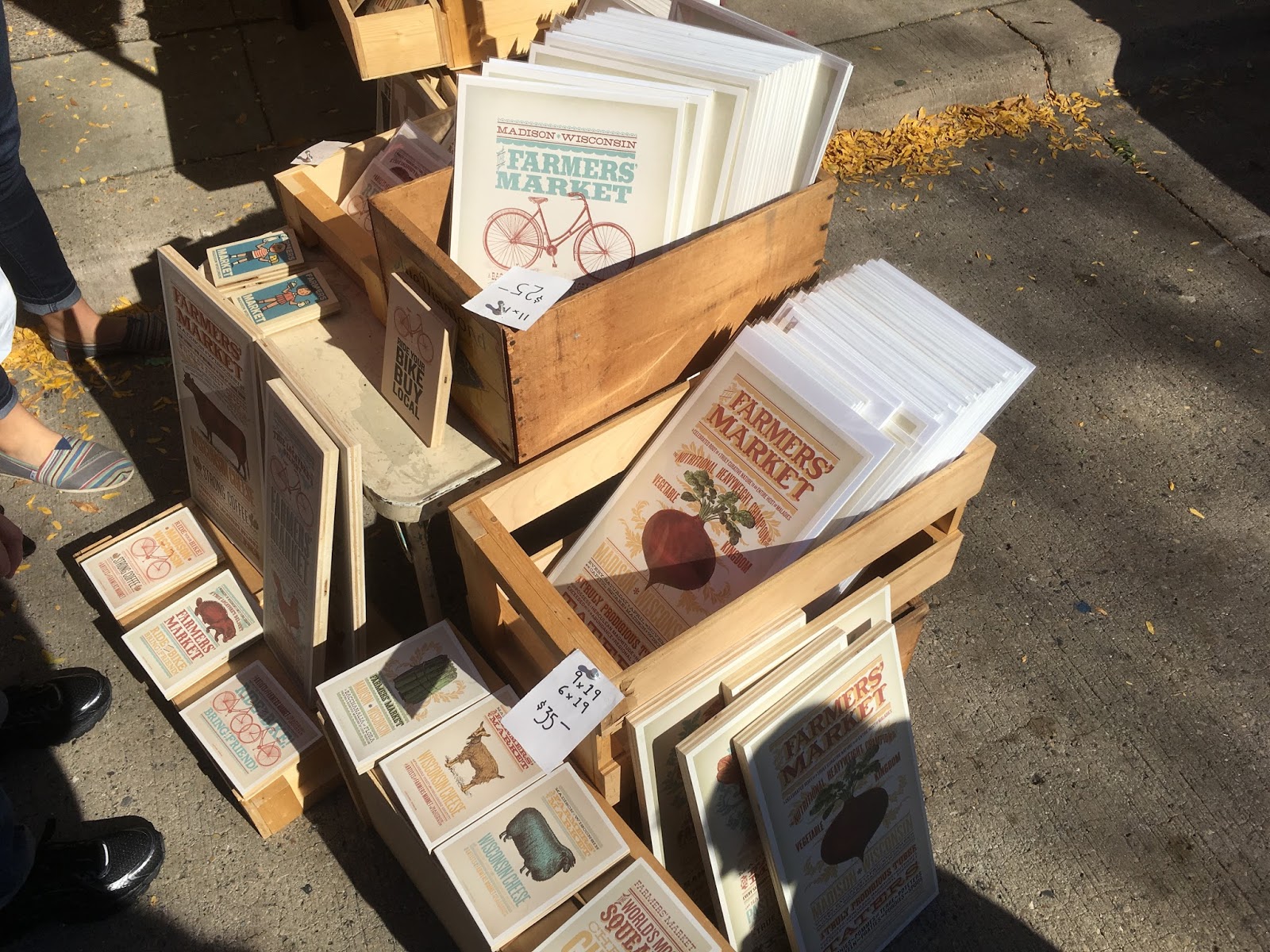 So, as always, I found the squeaky cheese curds. 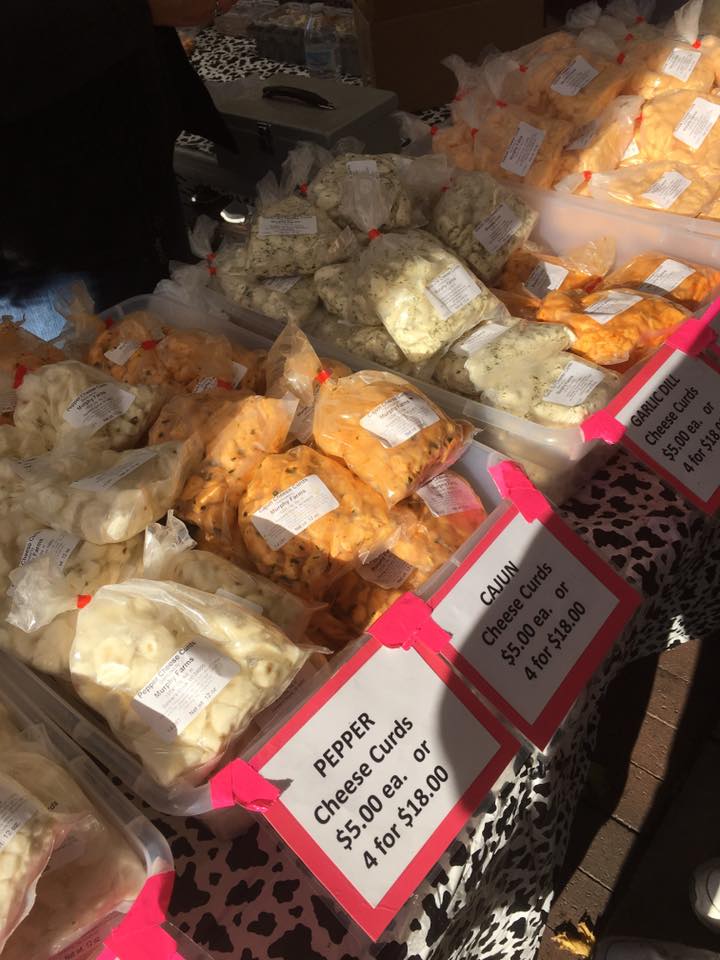 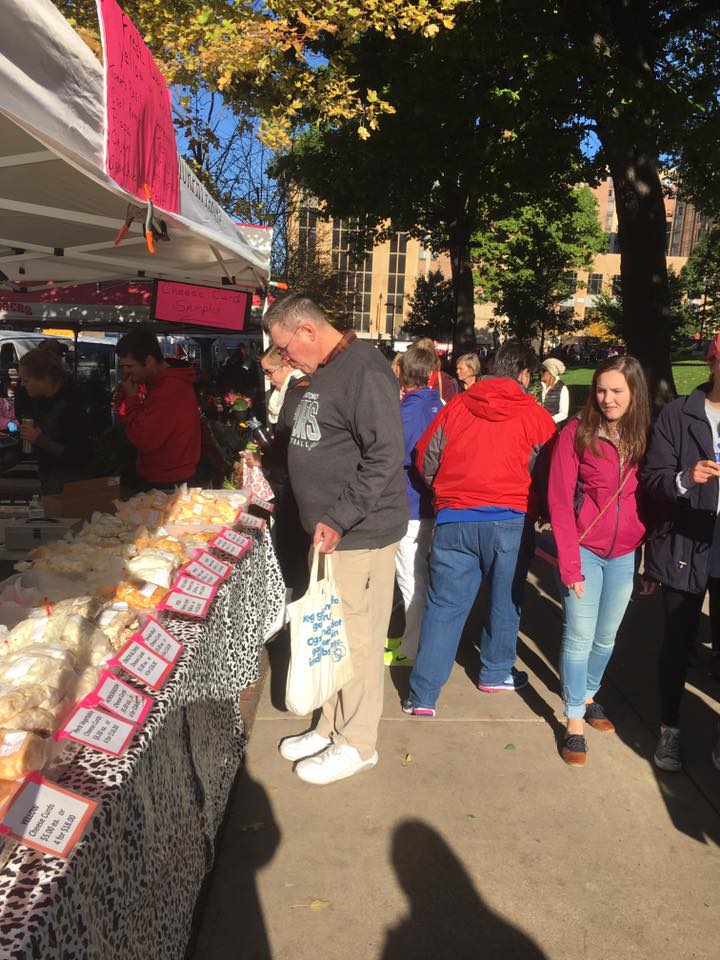 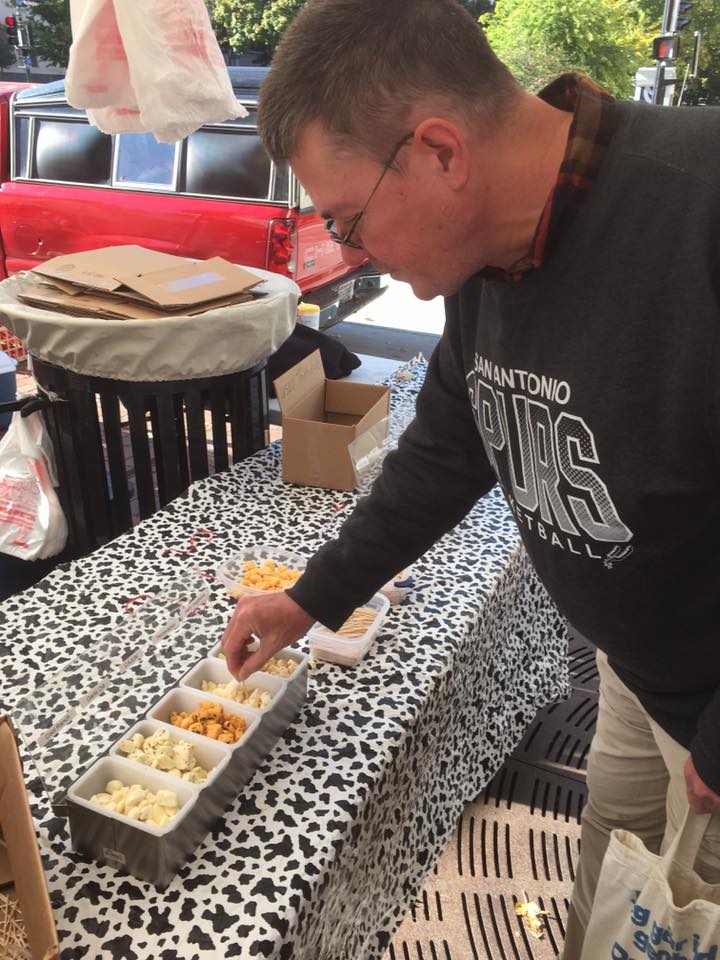 With a Food & Dining Magazine writing deadline looming, and my story about Louisville’s new HopCat beer bar due the following week, it seemed reasonable to have lunch (with beers) at HopCat Madison for the sake of comparison. It’s a few blocks down State Street from the farmers market. This is where we met Fred Swanson, as detailed here. Beers and snacks were just fine, and the conversation superlative.

Later in early evening, after the (now warmer) walk back and a recuperative nap, Diana suggested a cocktail at the Sheraton Madison bar — for old times’ sake, as we stayed there so many times during the Great Taste of the Midwest. A full account is here. 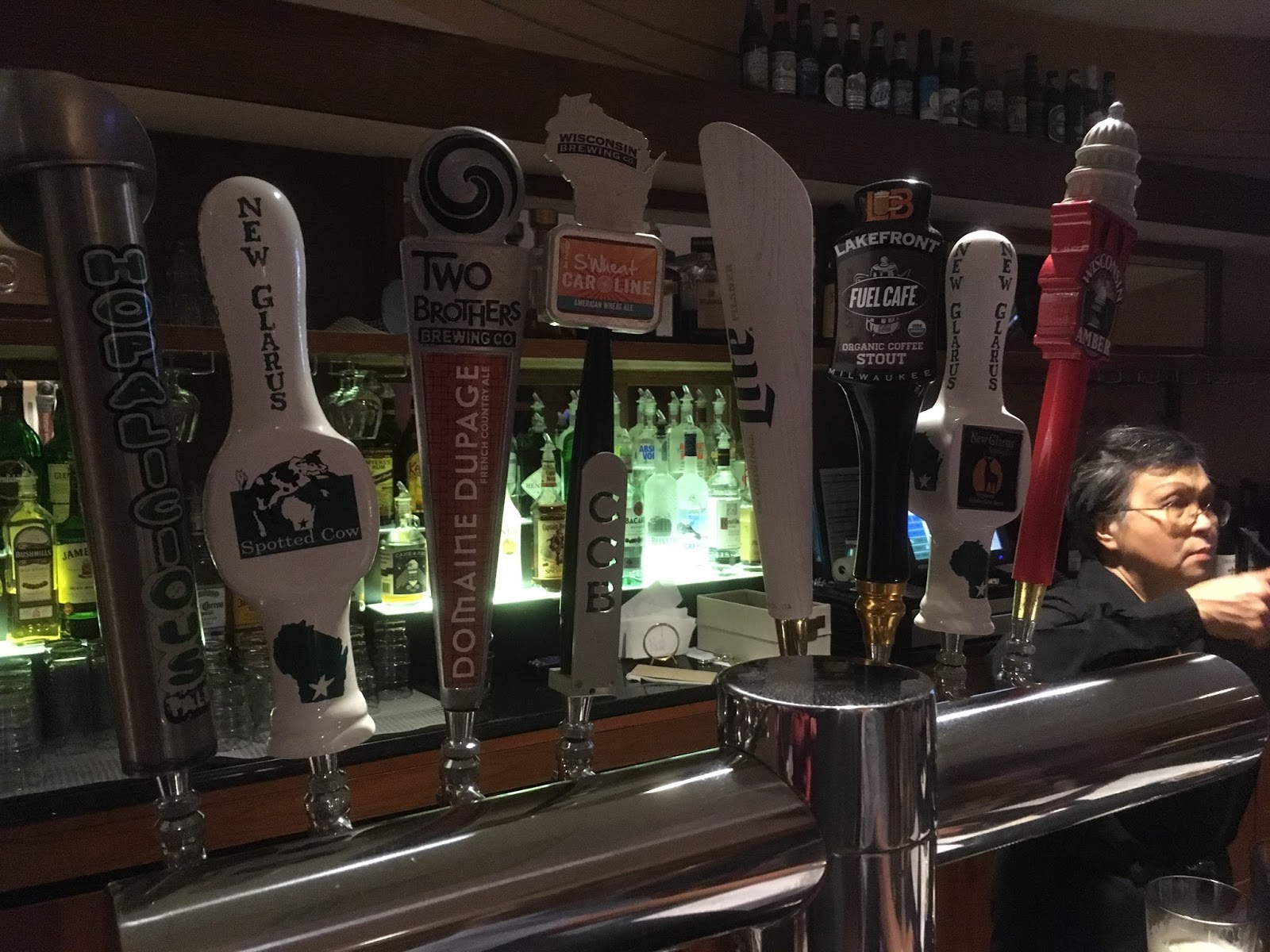 Saturday’s final stop was dinner, and required the commute on foot of approximately 25 yards from our lodging. We’d already investigated the Taqueria Guadalajara, and Fred offered a recommendation. Super stuff, and my dish came with a roasted pepper that brought tears of joy to my eyes. I’m surprised we couldn’t smell the taqueria from the house. 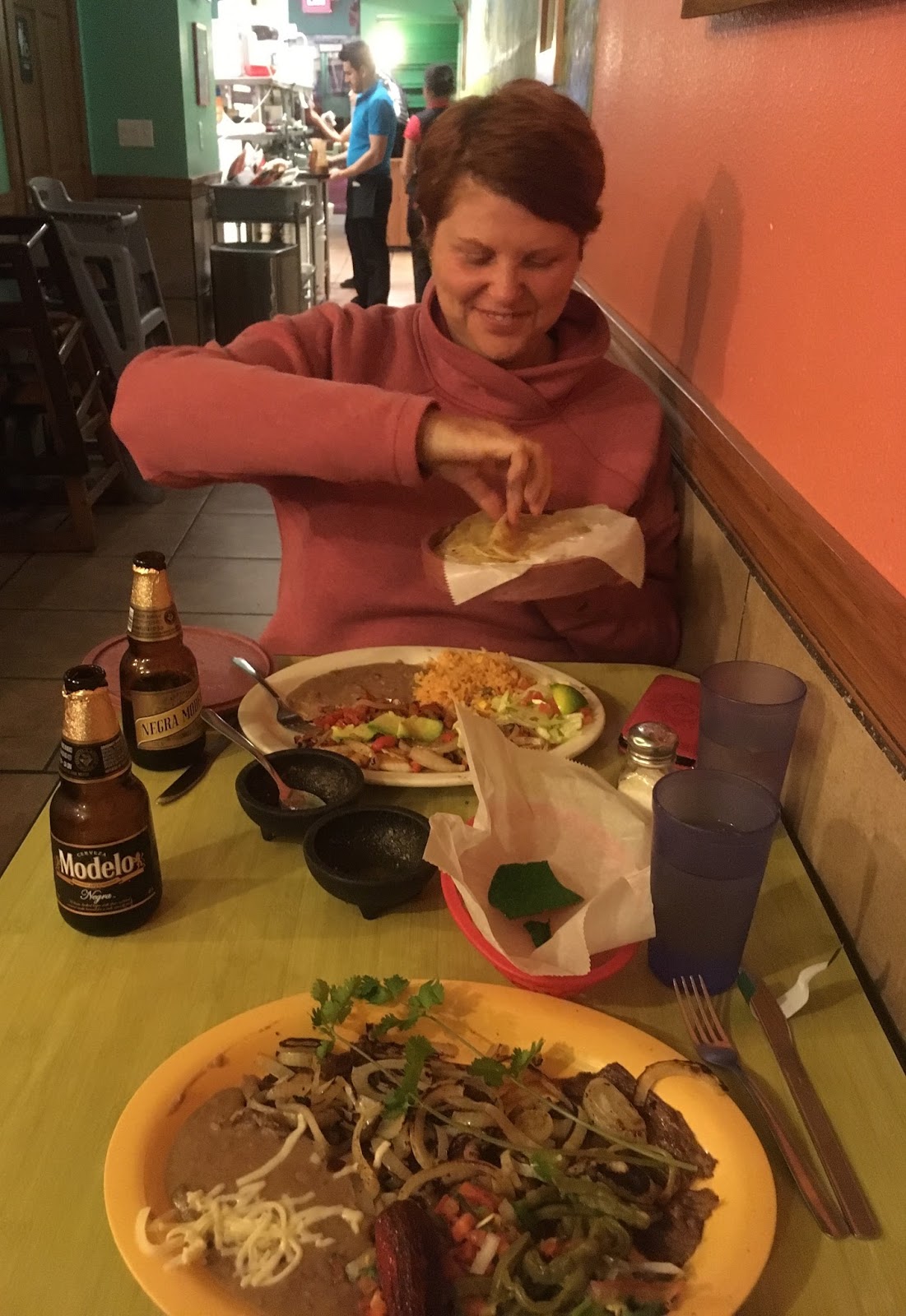 Have I mentioned how much we enjoy Madison?