Harvest Homecoming’s annual occupation of downtown New Albany is almost here, and in 2016, “booth days” take place from October 6 – 9 (Thursday through Sunday). We’re here to have a look at what’s taking place behind the booths, where our independent local businesses operate throughout the year.

Last week I ran into restaurateur Ian Hall at Quills Coffee and Downtown Networking Central, and he said his crew was diligently working on the “passport” — and quite a document it is. 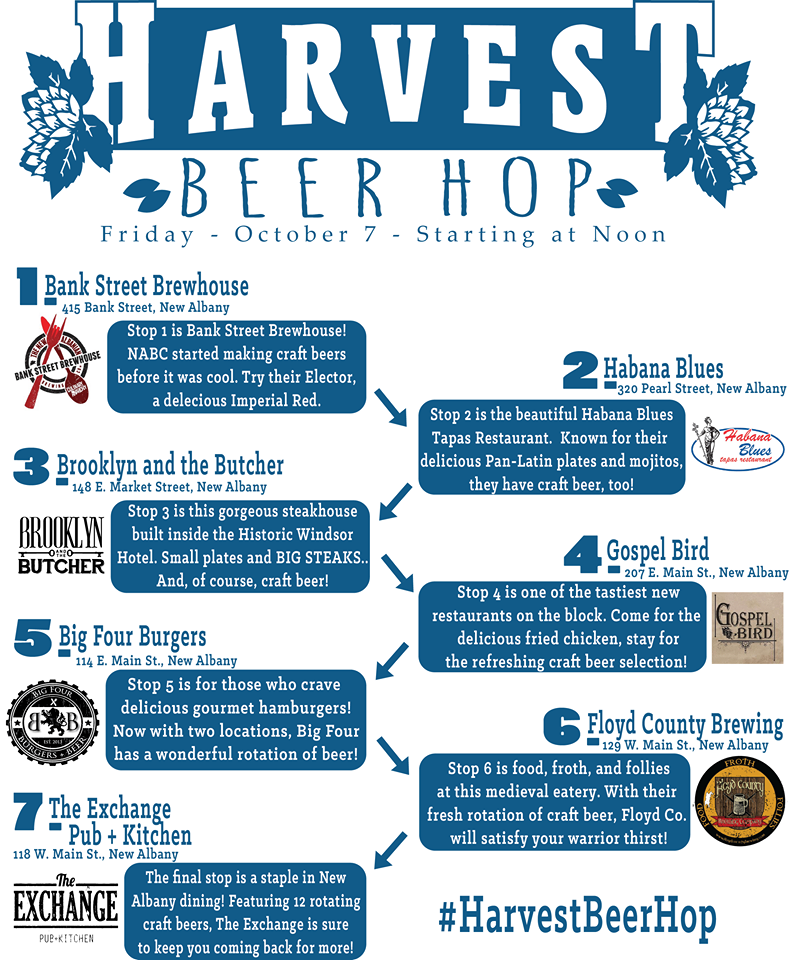 This is a challenge to hop heads and ale drinkers everywhere– Finish the Harvest Beer Hop!

Pick up a passport at any participating location and let the good times roll. When you drink a beer, get the bartenders signature! While there is a suggested path, there is no official order to complete your hop! You can start anywhere on the list!

Once you’ve drank at every establishment on the list, bring your completed passport to the Exchange by 9pm to be entered into a raffle for gift cards, swag bags, and other awesome goodies provided by your favorite restaurants.

We’ll be out of town on Friday, and I may well have completed this walk previously without knowing there was an official route; next year, I’m in.

As listings are posted, we’ll add and update here.