Harvest Homecoming’s annual occupation of downtown New Albany is almost here, and in 2016, “booth days” take place from October 6 – 9 (Thursday through Sunday). We’re here to have a look at what’s taking place behind the booths, where our independent local businesses operate throughout the year.

We are doing live music on the patio with three beer tubs serving the usual domestics, and the Airstream patio bar will have Dogfish Head 60 Minute IPA and Breckenridge Vanilla Porter. Tables will be removed inside for standing room. There’s no cover charge for the party on the patio. Music is on Friday and Saturday only, but the patio specials are Thursday through Sunday.

In 2016, NABC Bank Street Brewhouse (415 Bank Street) is staging its ninth annual Fringe Fest. Amazingly, the first edition was in 2008, five months before the brewery opened for business. The headliner then, as was the case last month at Indie Fest, was Sativa Gumbo.

This year’s Fringe Fest theme is “Harvest Culture on the Skids”, and will feature NABC craft beer, a myriad of musical performances, a selection of films, local art, and various other attractions and frivolity.

Learn more about Fringe Fest 2016 at the Facebook event page. Beer lovers will note that the annual release of Wet Knobs Harvest Hop Ale is on schedule for Fringe Fest 2016. 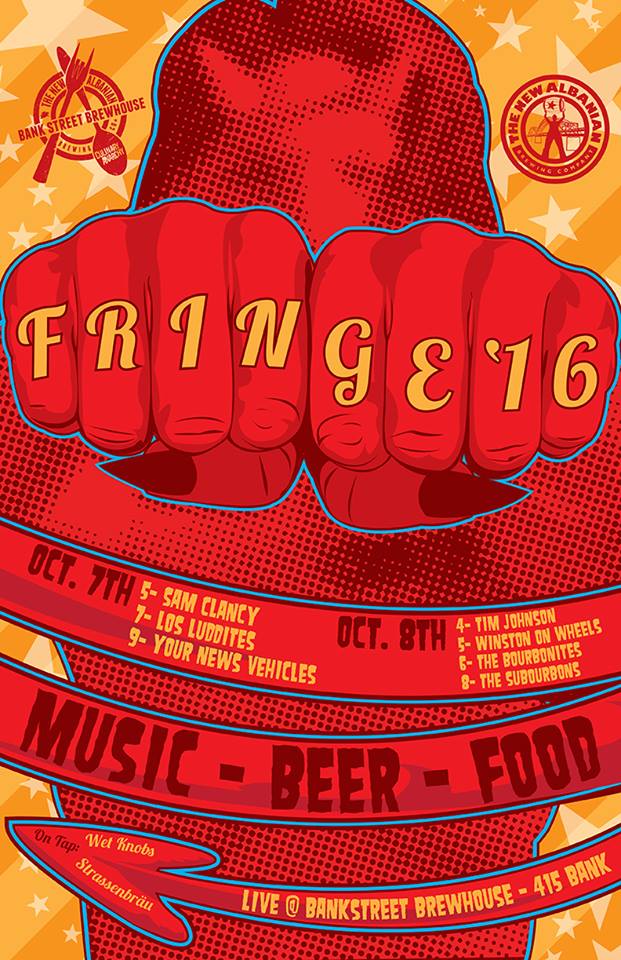 As listings are posted, we’ll add and update here.