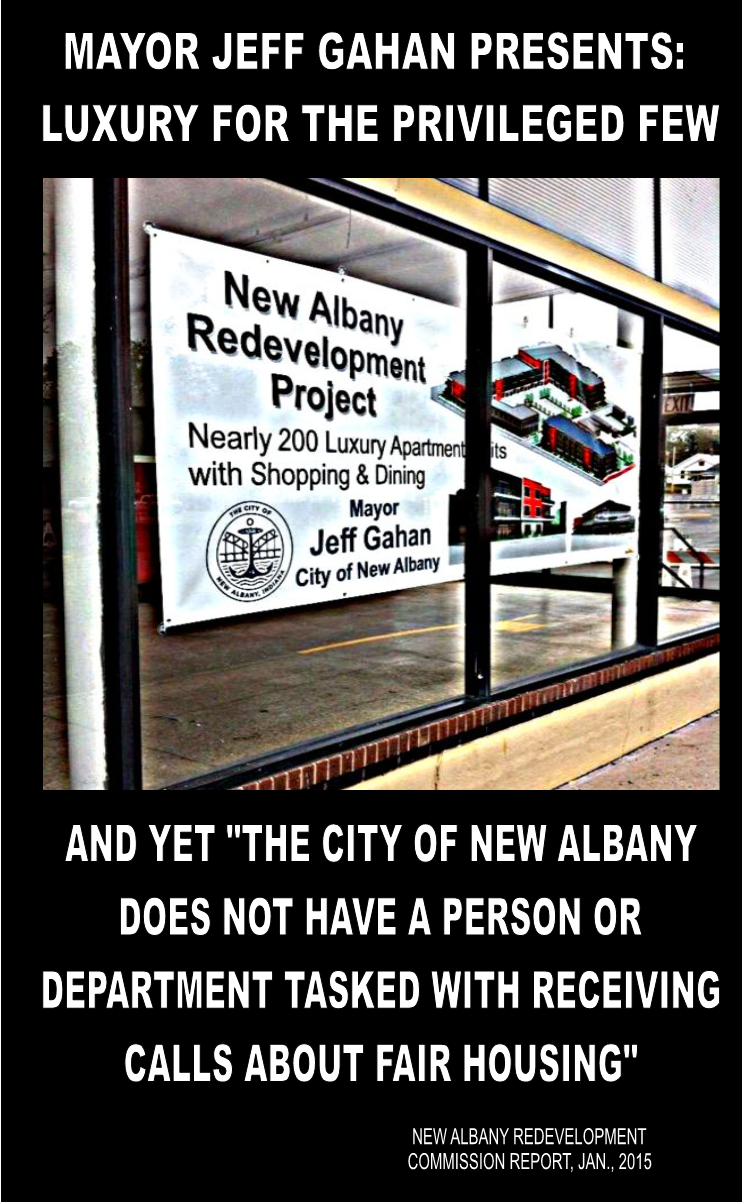 Welcome to contrasting points of view.

First, the mayor of New Albany, who says that rental property registration is the cure for homelessness, which doesn’t actually exist.

“Anytime someone is homeless without a safe place for the night, it’s a serious issue for those individuals … however, the data does not support an assertion that New Albany has a homeless problem.”

Gahan’s confusion reveals why he seldom speaks for the record. Meanwhile, “them people” who actually work with the homeless see matters differently.

Jesse Floyd, board president of the Tri-County Health Coalition of Southern Indiana, said that he’s never seen homeless numbers like he is now in New Albany, and he speaks from experience. He’s been with the organization 30 years.

Who are you going to believe? Jeff Gahan or your own two eyes?

Wait — caped crusader Irv Stumler demands equal time, or else he’ll hold his breath until Tiger Trucking is put in charge of the street department.

“We need to plant flowers over there — just move that homeless person out of the way.”

Good work by the News and Tribune’s Aprile Rickert.