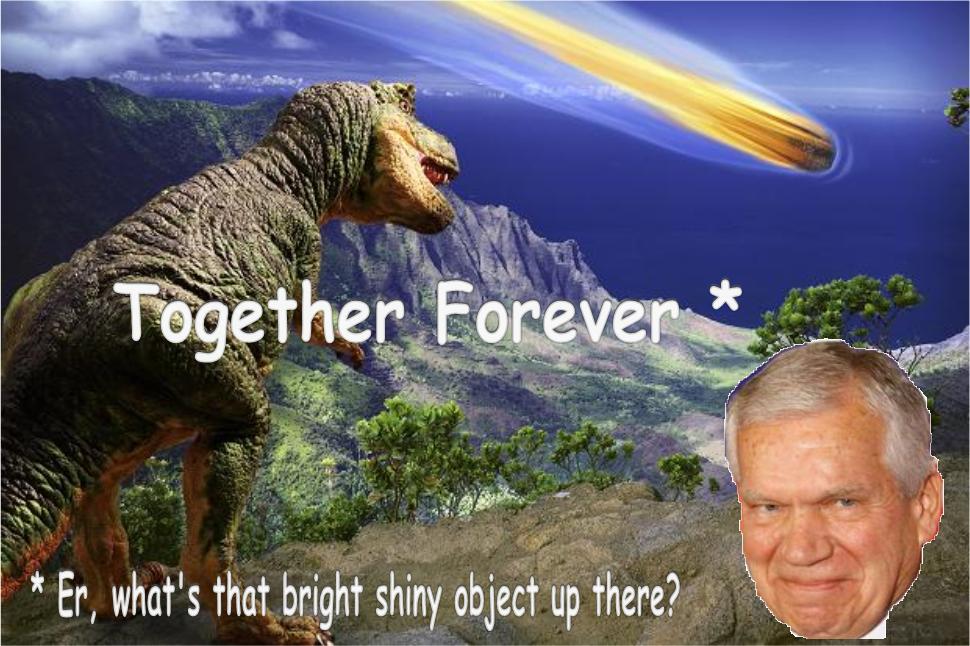 The perpetually agitated Irv Stumler attended yesterday’s Board of Works meeting to follow up on his “One Way Streets Forever” public meeting testimony of Monday evening, and while his superannuated boilerplate remained much the same, he tossed in an exciting new twist.

“No evidence I’ve ever bothered to view supports two-way street reversions, because only my own assumptions can be trusted, not yours, since all the downtown business owners agree with me, anyway, and besides, if you’re scared of fast-moving traffic, then as a taxpayer, you have no rights to use the street unless you’re in a vehicle.”

That’s the disjointed size of it, and it’s the latter point which he chose to emphasize at BOW’s weekly confab — with undisguised disdain and a palpably aristocratic sneer. If you are scared of urban streets used as industrial thoroughfares, then you’re deficient. What are you, some kind of unemployed homosexual? Can’t you afford a car?

It’s the corrosive malady Stumler shares with his Silver Hills neighbor, council man Bob Caesar. Both are so fundamentally eaten up with knee-jerk opposition to the type of person who’d dare advocate change of any sort that whatever faculties of human reason they possess stand no chance, and are overwhelmed by a childish sort of spite … with a heavy undertone of envy, but we’ll leave this evaluation to the professionals.

In short, those people are not respectable people, and they cannot be allowed to win.

And so, the simple fact is that Stumler and his ilk believe only motorized vehicles have defensible “rights” on city streets. We might point to evidence around the planet indicating alternative models, but since Stumler won’t bother considering them, they don’t exist. He looks the other way and covers his eyes.

… are merely scurrilous pornography to Stumler, and of course those peddling the very idea of multi-modal streets are pornographers — and we know what Puritans do with pornographers.

After all, there are no trucks in this photo, and without trucks — and cement plants, and steelworks, and quarries — how can there be an economy? Stumler missed his calling. He might have become the best centrally-controlled industrial economic planner a Soviet Five Year Plan ever saw.

Look, I’m no fan of HWC Engineering, but it’s noteworthy that the firm ran computer models of New Albany street usage for 20 years into the future, and these established the seaworthiness of two-way streets with as few “assumptions” as possible. They had to do it, otherwise a criminally timid City Hall wouldn’t do anything at all.

Stumler hasn’t mentioned this, not once, perhaps because it would require conceding that when enough facts are compiled, “assumptions” yield to percentages and probability.

When your eyes are wide shut, you tend not to see anything. Stumler is smart enough to know this, but a soul in torment is precisely the finest breeding ground for equations such as 2 + 2 = 37.

I wish Irv Stumler had stayed at the meeting yesterday to hear me speak. He’d have heard me patiently correct his many and mounting two-way street mistakes, from “there is no speeding on Elm and Spring” to “no downtown business owner wants two-way streets,” and not excluding Caesar’s perennial chestnut, “there are half as many parking places on a two-way street.”

So I corrected them. Again.

It’s nothing, really. Having been in the bar biz for so many years, you get used to cleaning up the vomit of others — and as long as Stumler keeps spinning lies about the streets, we may need a bucket brigade before he’s through.