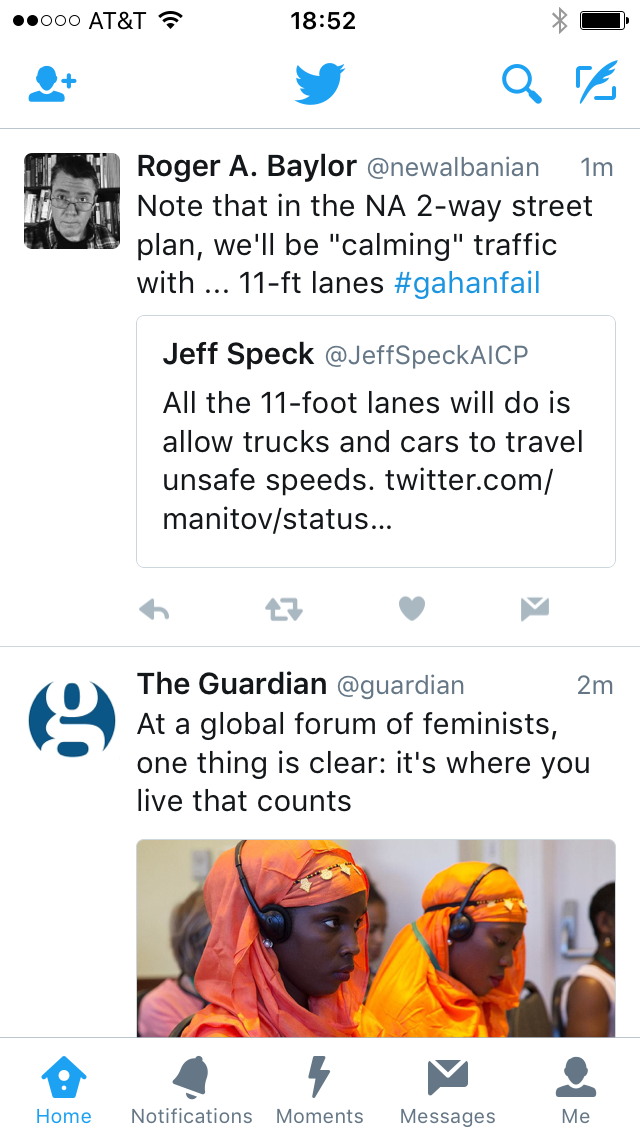 In fact, I’ve no idea which city or town Jeff Speck is referring to in this tweet. It doesn’t matter, because the statement applies to HWC Engineering’s “recommendations,” which have been devised to mirror City Hall’s timidity.

And that’s too bad.

Speck’s bicycling plan for NA has been unceremoniously jettisoned.

The stated aim of two-way streets to address pass-through toll evaders is null and void, given the timing of bridge toll introduction.

Useful aspects of two-way streets ranging from property values to small business enhancement to walkability are being predictably downplayed (as always) to stress instead auto-centric safety rationales.

Jeff Gahan — heroic reformer, or chickenshit to the very last? 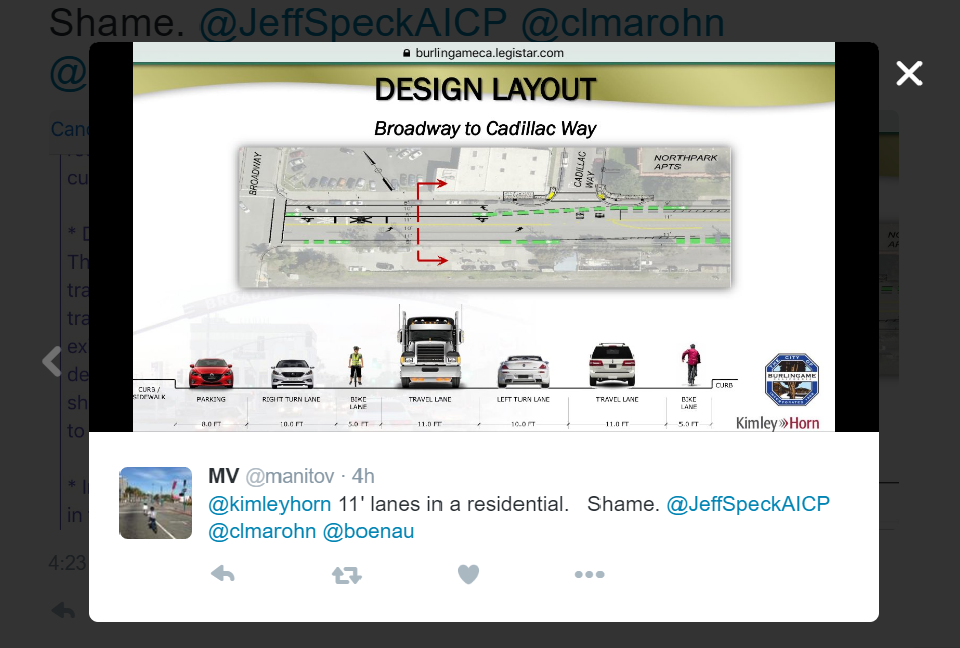