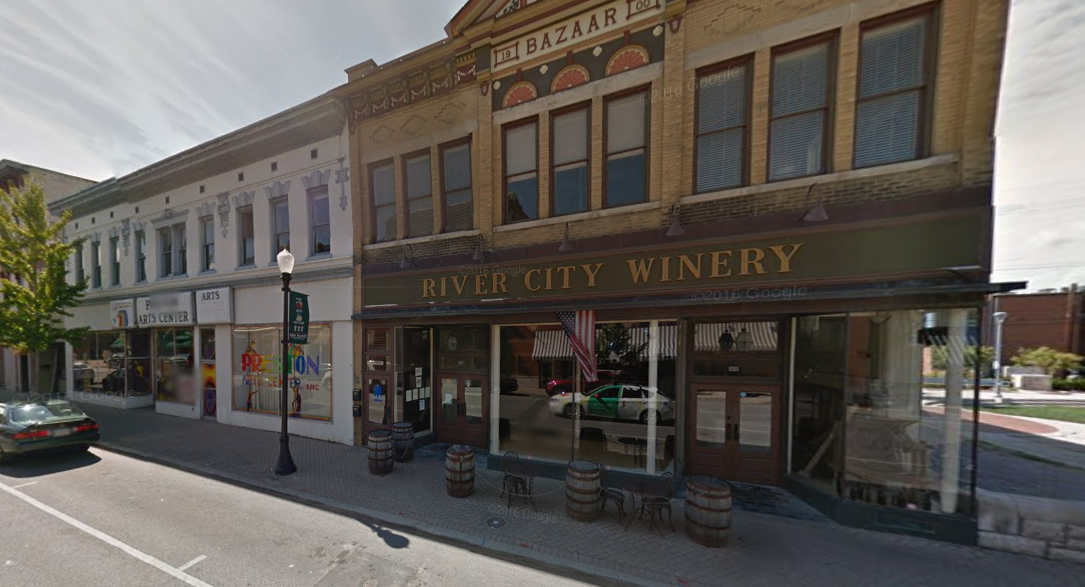 There’ll be a downtown merchant meeting on Tuesday, September 20 at 8:30 a.m. at River City Winery (321 Pearl Street) in New Albany.

Further information gleaned from the monthly e-mail is provided below, along with unexpurgated minutes from the August meeting. First, here are two links to recent posts.


Our next meeting will be on Tuesday September 20th at 8:30 am at the River City Winery. August meeting notes are attached … the Public Hearing on the Street Grid Conversion will be held Monday, September 19 from 6:00 pm – 8:00 pm in the New Albany High School Auditorium.


We hope to see everyone next Tuesday.


Thanks to Silvercrest (Tori) for hosting our August meeting.


Kim announced Art in Speed Park is August 27th and 28th & she hopes everyone can attend.


Rosie is looking for 1400 square foot space all open


New Business updates: Matt Chalfant’s building (Old Walgreens) is going to be a fitness place B you fitness, Sweet frog and a cafe. The old Endris building is going to be a men’s clothing shop, Boston shop is opening a lobster & seafood restaurant. Stacy from seeds and greens is now full now Vintage Style and Design will be taking all of the 1st floor. Aladdin’s is starting to move today into the Underground Station.


Courtney from the City gave updates: Concerts still going on, family movies starting next weekend they will travel to different parks, working on trunk or treat and getting ready for harvest homecoming.


Kim gave Block party update: Kept it simple with each store doing its own thing, Develop New Albany, City of New Albany, merchants businesses all promoted through social media. Some trees were decorated, shops added balloons in front of shops. Terri suggested doing it once a month, no decision was made at meeting at this time. In the future would like to add street musicians if anyone knows of any they could approach. Believe since the Louisville Crashers were playing that helped.


Yvonne talked about the emergency contact sheet please get to her by the end of the week. This is a benefit to have the Police have contact information in the event they need to contact you.


Events are to get people to our business and buy. The Biggest weekend is Jingle Walk/Holiday Fest and is also Small Business Saturday. This year we are planning another event for December 10th with retail areas open at 10am stay open till 6pm, theme would be an Old Fashioned Christmas family event. Have street vendors with food and drinks, get a horse drawn carriage, old fashion Santa, have carolers dressed up. They want it to be downtown New Albany an old fashion Christmas. This will be the family day to bring kids and grandparents. Looking for sponsors and contacts anyone who wants to take on a part of this contact Kim. It’s spreading out which is great! Looking for school groups to sing too. Possible booth spaces on sidewalks. We will use merchant meetings as a committee meeting. Doris will help with the carolers thinking about 2 hour slots. Teresa is trying to locate a Santa.


Other ideas: Possible wreaths on lamp post maybe the merchants could pitch in. Use Bicentennial Park as a booth spots. Someone create a flyer to hand out to residents also.


Week before or two before Jingle walk have everyone with store fronts decorate the windows and then cover them up and have a reveal party to unveil all the windows at the same time. Video it then all post on social media.


Roger announced that Breweries can now set up like wineries, the law has changed!


September 24th lots going on, Coffin Race is at noon and the Carnegie is having Public Art Walk both at the Riverfront and the Indifest is happening behind the Underground Station. Please check out all these events and help us spread the word through social media.


Harvest Homecoming Parade day: Pop up food and beverages at the farmers market starting around 2pm. Hoping weather is better this year. Trying to make the week between Indifest and harvest homecoming booths a New Albany independent business days.


Angie Fenton is speaking at pearls of wisdom and we would like to put a basket together anyone wanting to donate please get to Teresa before August 31st.


Laurie Haag is doing podcast for Extol Magazine now, check it out.


September 20th next meeting – Anyone want to host at your business?????