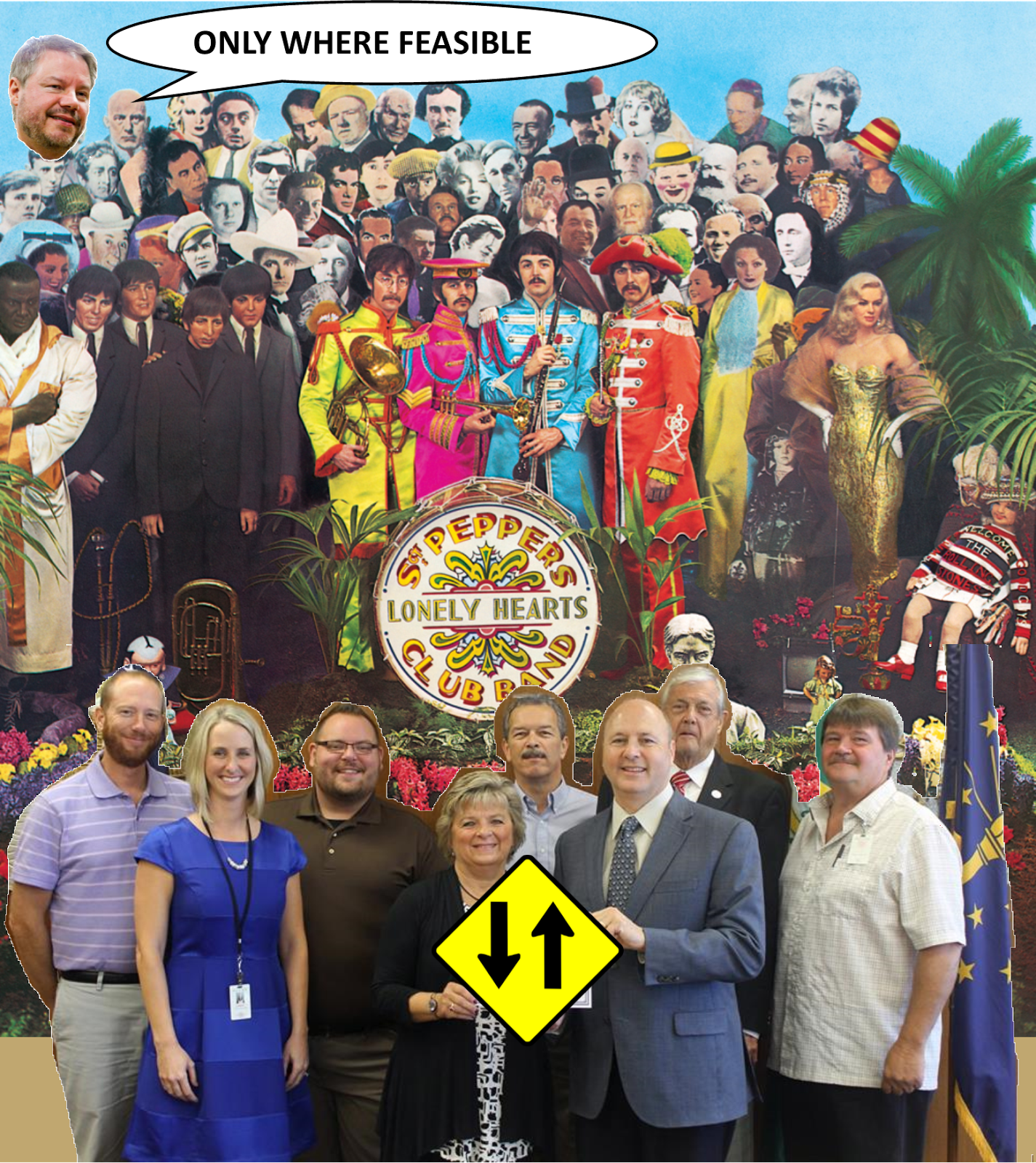 This week’s schedule for pro bono rabble-rousing is unexpectedly heavy, and of all the scheduled meetings, the one I’m most looking forward to attending is the East Spring Street Neighborhood Association (ESNA) gathering on Wednesday evening (below), which I somehow managed to acquire in spite of seemingly constant machinations with the ESNA mailing list.

If you thought Team Gahan was non-transparent …

On Wednesday, ESNA is to be discussing the “Two-Way Traffic proposal,” which has yet to be revealed to the public as of this writing, but is scheduled to be presented at the Bored of Works on Tuesday morning.

Amid constant public denials of intent, this proposal for two-way reversion, in whatever its form, has been taken vaguely referenced for months by Democratic Party insiders and Team Gahan intimates.

… Meanwhile, with City Hall constantly shielding its two-way intentions (if any) from public review or discussion, and with ambitious and sycophantic Democratic Party lackeys delighted to let us know how very close they were to the mayor’s thought processes, even if not one of them could be bothered to inform their constituents what any of it actually meant, some of them occasionally (accidentally?) divulged details otherwise not available to poor schmucks like us, out here on the one-way mean streets of Nawbany.

The facades and pretending get very confusing after a while. Indeed, “this (proposal) is VERY important for our neighborhood,” and yes, it will be edifying at long last to know what these captive insiders believe THEY already know, or have known, or at least what they’ve been spoon-fed by the mayor’s crack team of illusionists.

For two years, maybe longer, Jeff Gahan has invariably acted to ensure that what is or is not known about the future of two-way street reversions in New Albany has remained tightly contained in the inner circle. In turn, the inner circle has enjoyed being among the vanguard.

Does anybody really know what time it is in New Albany?

Perhaps by the time ESNA meets on Wednesday night, there’ll be a clue or two. But I wouldn’t bet on it. The smart money still has Gahan completely botching this “project”.


Please come to discuss issue #2! This is VERY important for our
neighborhood……