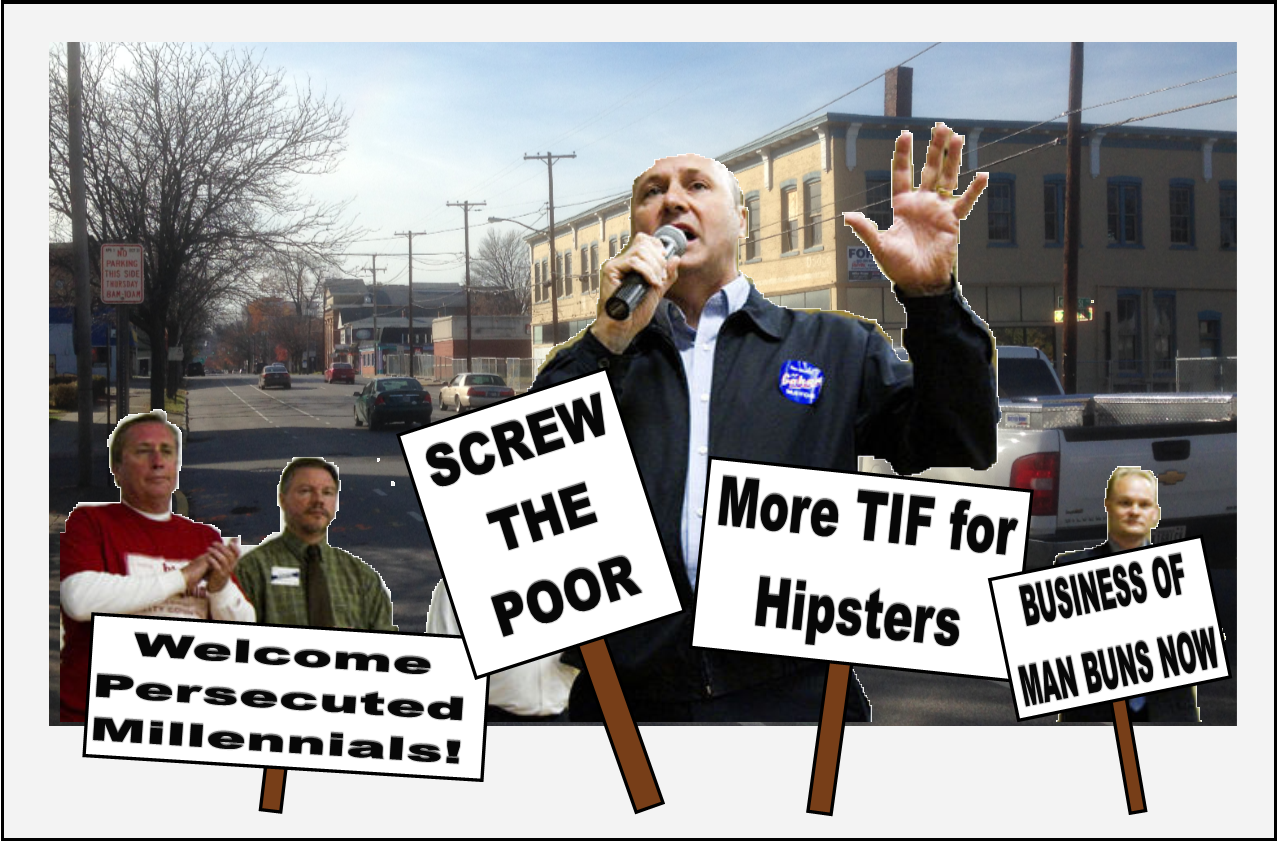 Thanks to M for this link, which makes the point that America’s downtown “luxury” apartment building boom may be leaving out a key component — millennials, who can’t afford the high prices.

I’ve not idea why this reminded me of New Albany’s forthcoming Break Wind Lofts at Duggins Flats.

Maybe it’s just a coincidence. Anyone up for a game of Break Wind Luxury Vacancy Rate Bingo?

Apartment building owners are struggling to rent many of the luxury units that have flooded downtowns across the country in recent years even as a relative shortage of multifamily homes in the suburbs has driven up rents.

Since 2012, the nation’s supply of apartments has swelled 16.6% in central business districts and 13.5% in “secondary core” areas surrounding the downtowns, but just 5.5% for mid-priced suburban units, according to real estate research firm CoStar.

The downtown building frenzy has been well-publicized as developers cater to Millennials, among other age groups, who have streamed into revitalized cities to be closer to amenities, nightlife and a car-free lifestyle. The CoStar data, however, shows that builders may be putting up too many apartments — most of which are at the high end of the market — in the urban hubs and not enough in outlying areas.

Over the past four years, the vacancy rate in downtowns and adjacent districts has climbed from 3.4% to about 5.5%, CoStar figures show …

The Indy rental experience and our Breakwater: “Why the discrepancy between high demand for housing in the city but low growth in occupancy rates?”


Duggins: Indy developer has “vested interest” in our community, and millennials prefer biking alongside Padgett cranes.


Yes, Jeff, we know you’re The Luxury Mayor: “Working so hard, to keep you from the poverty.


Coyle sitecapades: In New Albany, Democrats WILL be Republicans … and Jeff Gahan WILL stay on the down low.