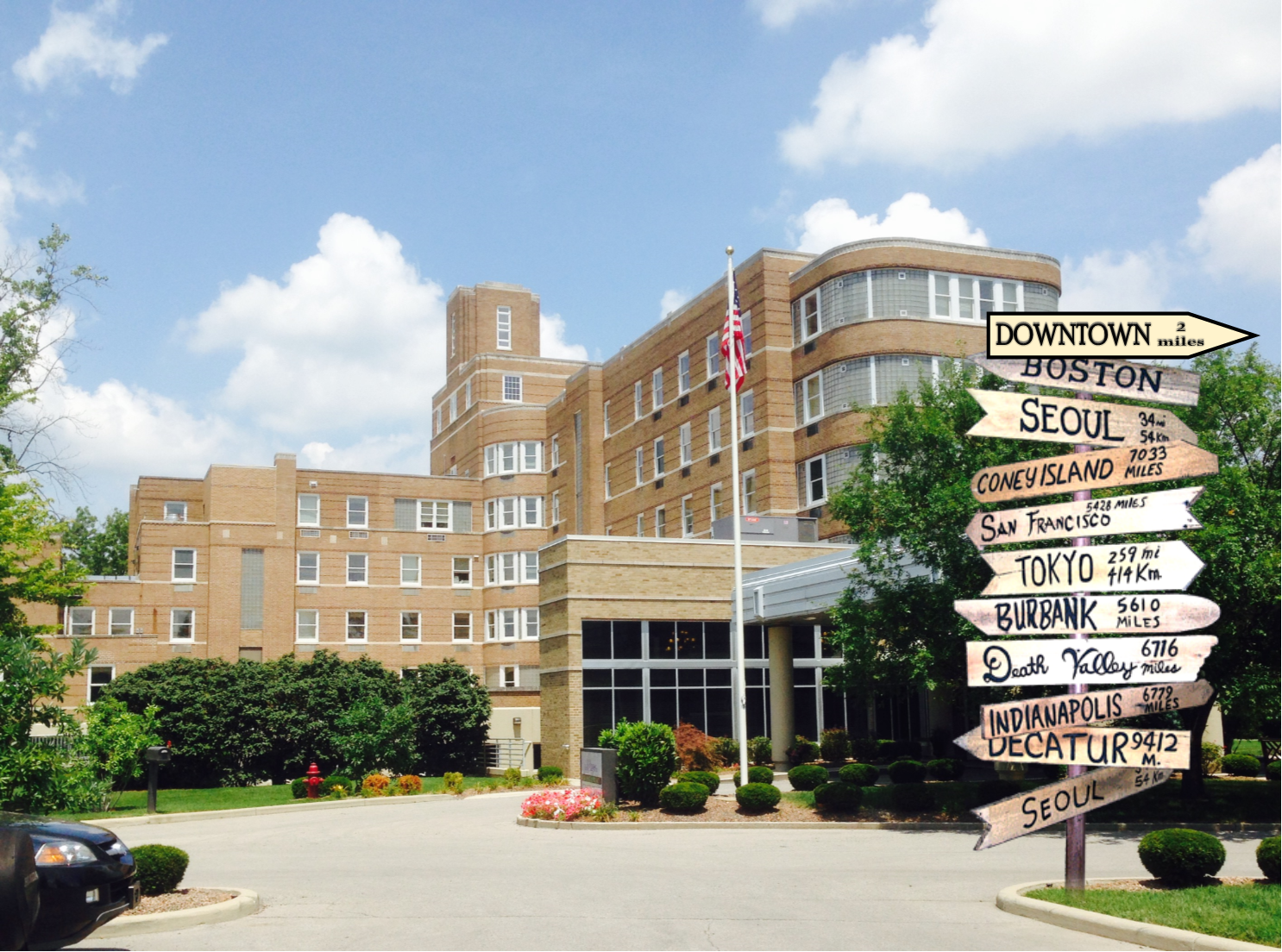 There’ll be a downtown merchant meeting on Tuesday, August 16 at 8:30 a.m. at the Villages at Historic Silvercrest, 1 Silvercrest Drive (behind Scribner Middle School, with the address at times still given as 1809 Old Vincennes Road, New Albany.

Further information gleaned from the e-mail is provided below, along with minutes from the July meeting, but first, a look back at that knee-slapping time when Bob “my way IS the highway” Caesar told the assembled merchants …

“Change every street to two way (but) not Pearl Street. Pearl Street will NOT be two way.”

There isn’t a formal mechanism for correcting the minutes of this informal gathering, and having served as secretary in other organizations, I’m appreciative to whomever records the comments. This said, I have a correction.

When this year’s Jingle Walk was discussed, the conversation was far more detailed (and important) than noted herein.

“We spoke about tweaking the jingle walk this year Courtney said there would be some good changes this year.”

As noted in my column on Thursday …

… this assertion subsequently was modified by the city’s liaison, and perhaps it will be further clarified on Tuesday. It bears repeating that DNA’s insistence on a membership-driven model helps create oddities, as when I was told that if Wal-Mart joined DNA …

… this renowned mass murderer of independent small businesses would receive the very same social media touts as other paying members in an organization chartered to espouse the polar opposite of what Wal-Mart stands for.

It should suffice to say that this is light years removed from National Main Street’s intent, and insofar as the annual Jingle Walk is concerned, the day upon which it is held is billed as a city celebration.

If the city of New Albany provides a dime to DNA (the sum used to be a few thousand dollars a year, if alcohol-dulled memory serves), and if Jingle Walk is part of an official city holiday celebration (and it is), it’s really hard to see how DNA’s pay-to-play model makes sense.

The Four Point Refresh: A Primer

And now, the unexpurgated e-mailing and July minutes.

Here are the minutes from the July meeting. Our next meeting will be at the Villages of Historic Silvercrest August 16th at 8:30 am. Address 1809 Old Vincennes Rd, New Albany.


We have a lot of exciting things to talk about on Tuesday so I hope everyone can attend. Block party update, reveal party, Jingle walk, Christmas event on December 10th and more.


PLEASE, I have attached the emergency form and we need you to bring to meeting or email to Yvonne so she can turn into the New Albany Police Dept. She said so far she has only received about 12.

Merchant/Business Minutes
July 19th, 2016
Thanks again to Linda at The Café 157
Attendence 26


Teresa shared an idea about a block party she would like to know if anyone is interested in serving on a committee. Once it is formed more details will be out. Kim said to keep it simple and get it done! Goal would be to have everyone participate, offer specials, have balloons outside your door, music on corners, etc. So please contact Kim if you would like to be on committee.


Kim talked about having on the 2nd Saturday in December a family day event with even some booths. Anyone interested in helping with these events please contact us.


We spoke about tweaking the jingle walk this year Courtney said there would be some good changes this year.


Brow boutique spoke they opened in June and offer full body waxing. She is from Jeffersonville and used to work in Louisville.


Allie just had her grand opening stop by and see all the great changes.


August 2nd is the next mixer at the underground station. Free event open to public.


Kate with tourism talked about sporting events that want to come to our area and the benefits from this. One of the groups she mentioned will come out and set up in the middle of the city to do a demonstration, another one might do a fishing tournament, etc. If you think of an event that would bring people to the area let Kate know she may be able to help. She spoke about how to get groups into your business, think outside the box what experience can you offer? One example would be Jimmy’s music having a ukulele class, library doing genealogy, Strandz and Threadz a personal scent. She challenged us to think what would you like to offer to get those buses in your business. Think about why you go to certain events, what inspired you to do that. She just sells ideas give her some stuff to sell and bring those buses in! The tourism ladies focus on promoting what is going on, how to get people here, why they should be here. They promote our area in other states and cities out of our area to show what we have year around. We encourage you to contact Kate and tell her what makes you different.


Harvest Homecoming just got the bicentennial endorsement, awesome! There is talk about having it smoke free, what is your thoughts? Email brad with your opinion bneedham@harvesthomecoming.com


Courtney talked about the pin program for harvest homecoming.


If you have a business help with the trees and weeding you want our area to be pretty and inviting
If you have issues call Courtney if she can’t help you she will lead you in the right direction, you can reach Courtney at 812-697-8010.


Delesha with the Carnegie said tourist are here. In July they had 3,000 visitors and she is sending them to our restaurants and shops. Delesha also mentioned if anyone is interested in giving a neighbor discount?


Develop New Albany and The City both have calendars where events can be posted. Contact Teresa or Courtney.


Yvonne is still trying to compile the information sheets, at this time she has about 12 forms. This is so the information can be given to the New Albany Police Department. Please get them to her.


Next meeting Silvercrest August 16th at 8 30