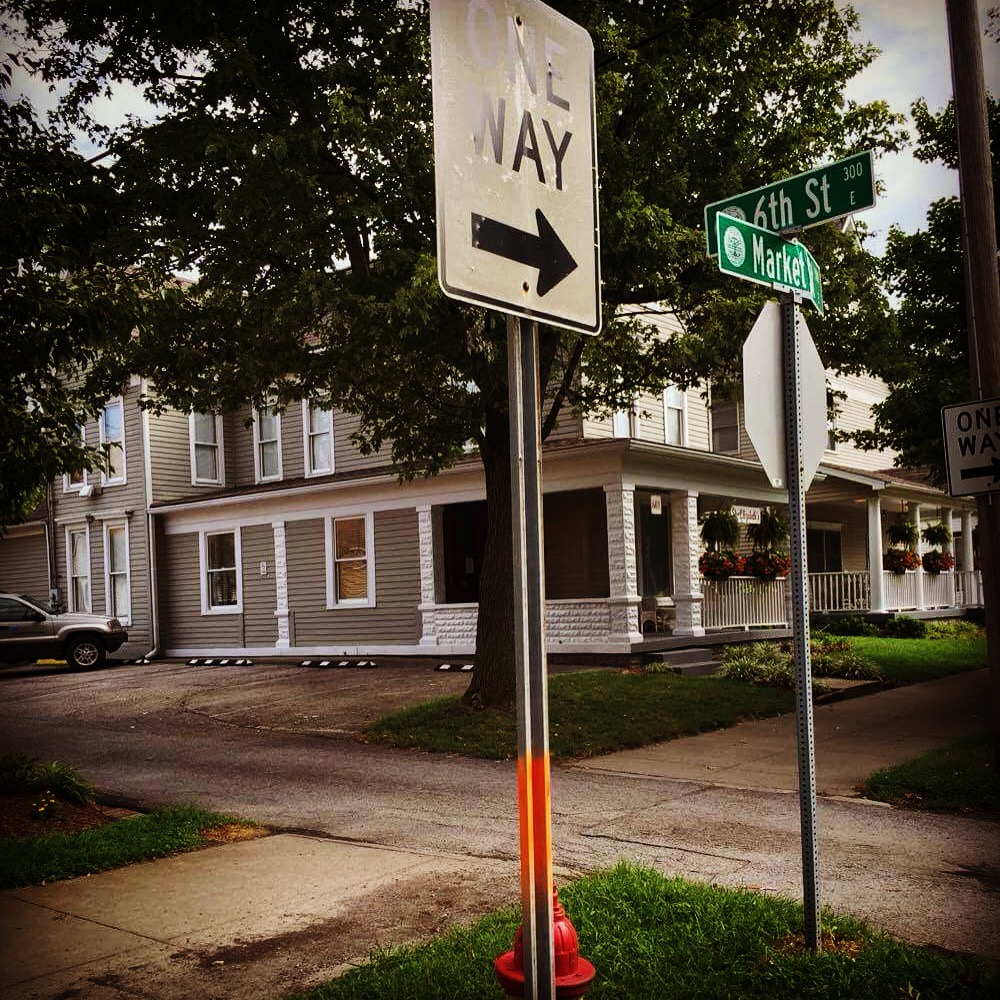 I can’t find the minutes, and Bored of Works meetings tend to blend together like a bad, prolonged acid trip, but I recall recently hearing the city engineer Larry Summers explaining an impending street sign replacement project (remember in 2015 when an out-of-town firm was tagging signs?) due to begin soon.

If I’m recalling this correctly, and not just rehashing a dream I had after consuming a fifth of gin and two dozen limes, the object of the sign replacement project is to install new signs rated higher for luminosity and visibility, or some such — speed limit signs that can be seen more easily by drivers racing past them, and those one-way street signs the mayor keeps telling gullible people like Greg Phipps will be gone very soon, but will not speak about publicly because in New Albany, we don’t communicate unless the information is extracted forcibly from the cold, living hands of a time-serving functionary.

As for the orange swatches on these signs, your conspiracy theories are welcomed, and I promise to use them as part of my Danish asylum request.