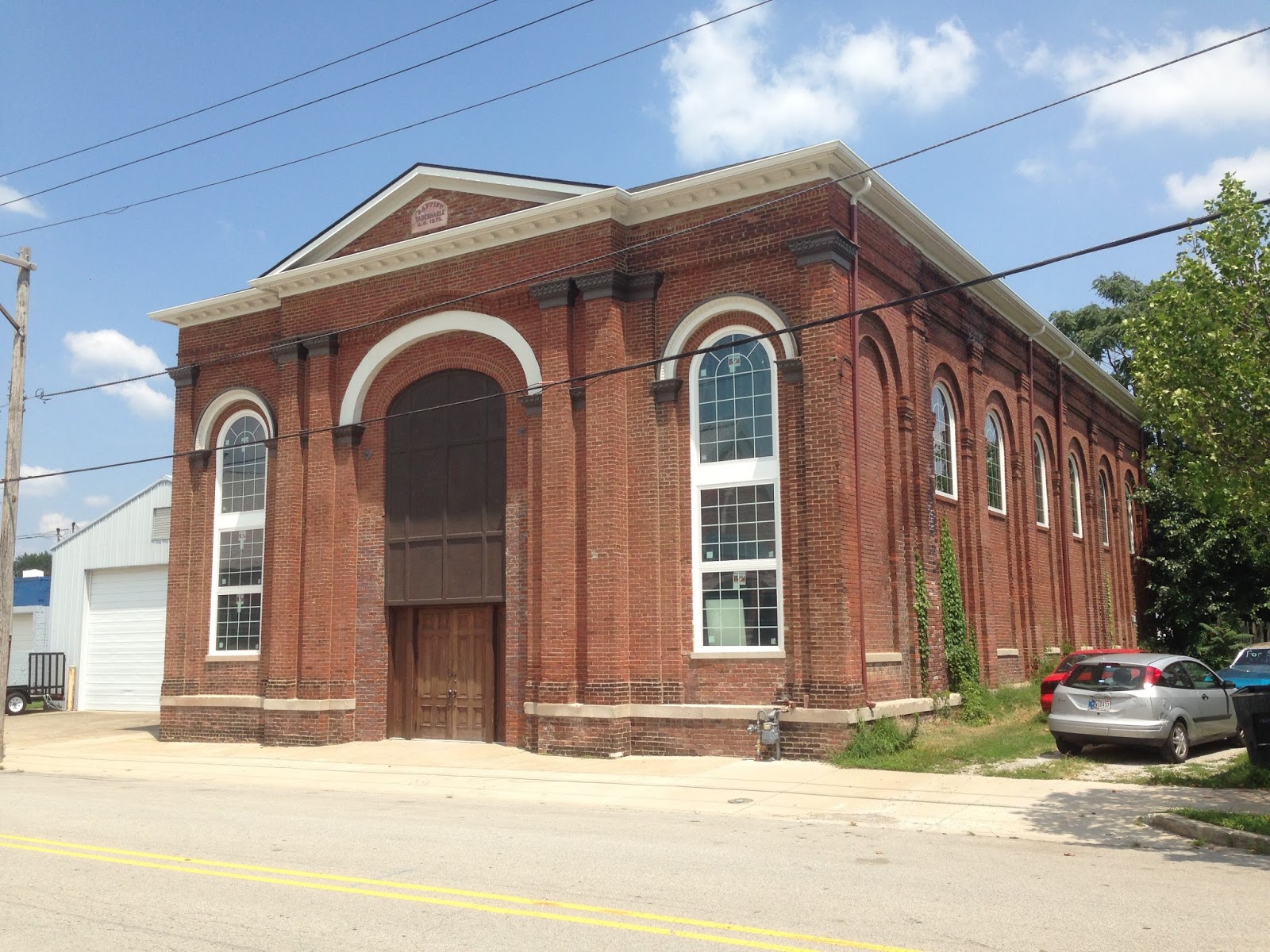 In an effort to make a long story short, the former Baptist Tabernacle was featured as part of a 2005 effort to interest potential investors in downtown properties (among them Shrader Stables, now The Exchange). My photography is primitive, but the NAC posting has interior views.

Two and a half years later, Team England purchased the building at a sheriff’s sale.

Subsequently, various proposals were minted toward a goal of adaptive reuse (the relocation of City Hall and a home for the Vintage Fire Museum among them), but then Mother Nature intervened, and in September, 2008, hurricane force winds blew off the roof, destroying the ceiling paintings in the process.

The final three years of England III were devoted to politicking, insurance claims and spit-balling, and the Tabernacle sat unattended. It was sold to Keystone Restoration in 2011 for $1, as explained in the newspaper. Work then began to roof and stabilize the structure and make it fit for resale.

John Waggoner of HMS Global Maritime, who also owns the White House Center and Hornblower Marine (115 E. Market), bought the Baptist Tabernacle building. It currently is being readied to house a division of his company, which will bring around 25 jobs to downtown New Albany.

This congregation was formed by the merger of First Baptist Church and Bank Street Baptist Church. Dedicated on January 4, 1880, the sanctuary here could seat over 1000 people and was said to have the finest frescoes on the walls and ceilings of any in New Albany. The congregation remained here until it purchased the former home of Third Presbyterian Church in 1920 and changed its name back to First Baptist Church. That congregation still remains active today at the corner of East Ninth and Spring streets.

The building housed a number of commercial uses after ceasing to be a church. When the remnants of Hurricane Ike blew through New Albany in September 2008, the building – which was vacant at the time – lost its roof. A new roof has been reinstalled by the current owner, and rehabilitation work is ongoing.