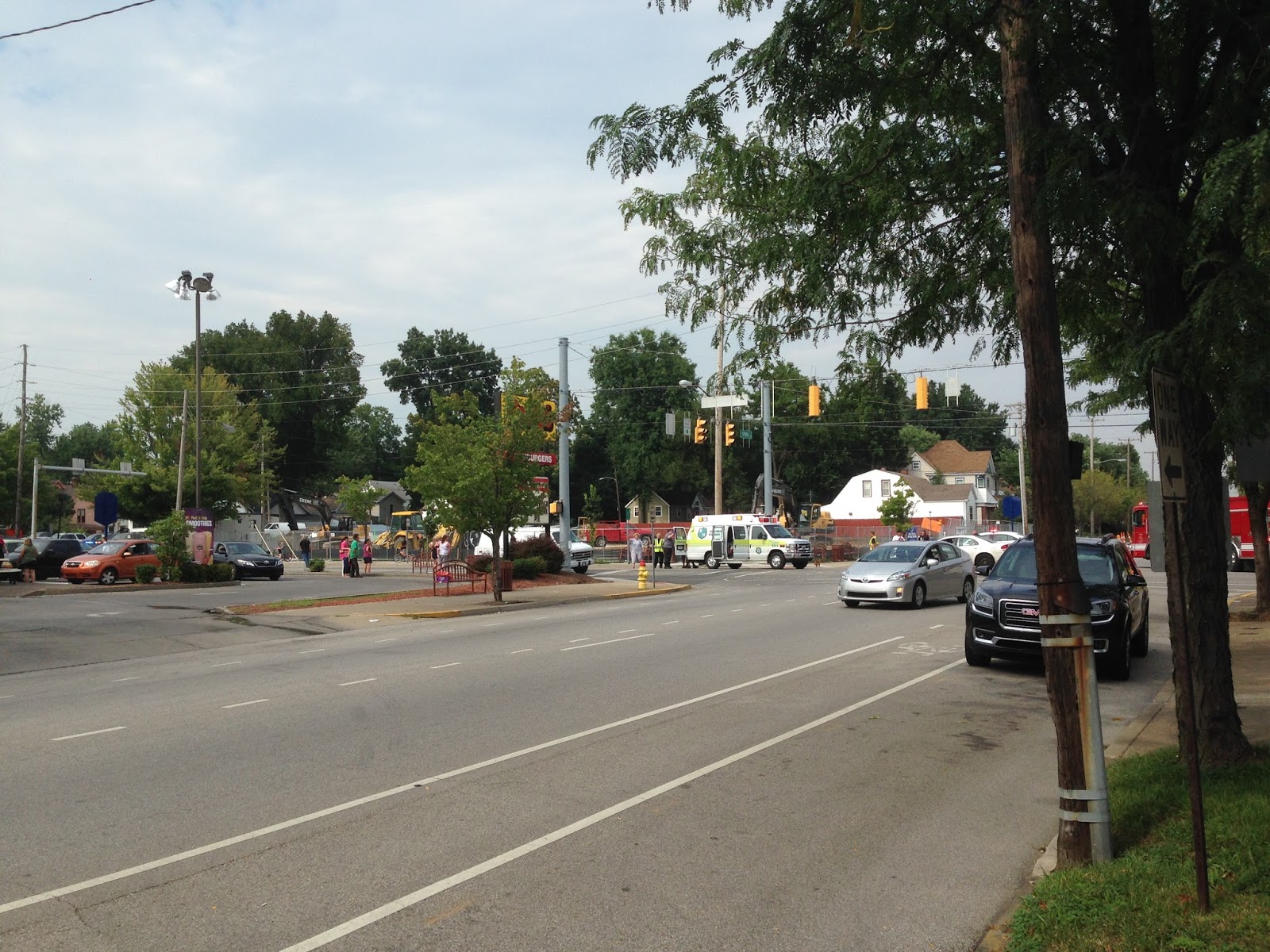 At around 4:45 p.m., it appears that two pedestrians were struck at the intersection of Spring and Vincennes in New Albany. The driver who hit them was northbound on Vincennes. The passenger side of the front window was shattered, and there was debris in the street. The first ambulance was leaving as I arrived on the scene, with the second following a few minutes behind it.

With upper Spring already truncated owing to construction, the scene was surreal, with drivers diverting through the Walgreen parking lot (and when it was jammed shut) cutting down Division Street behind the Calumet Club. It really makes one wonder whether humans are suited to the times they inhabit.

This is the second such incident since May, and there was another one that wasn’t sufficiently serious to report. I’ll update this post when there is more to report. 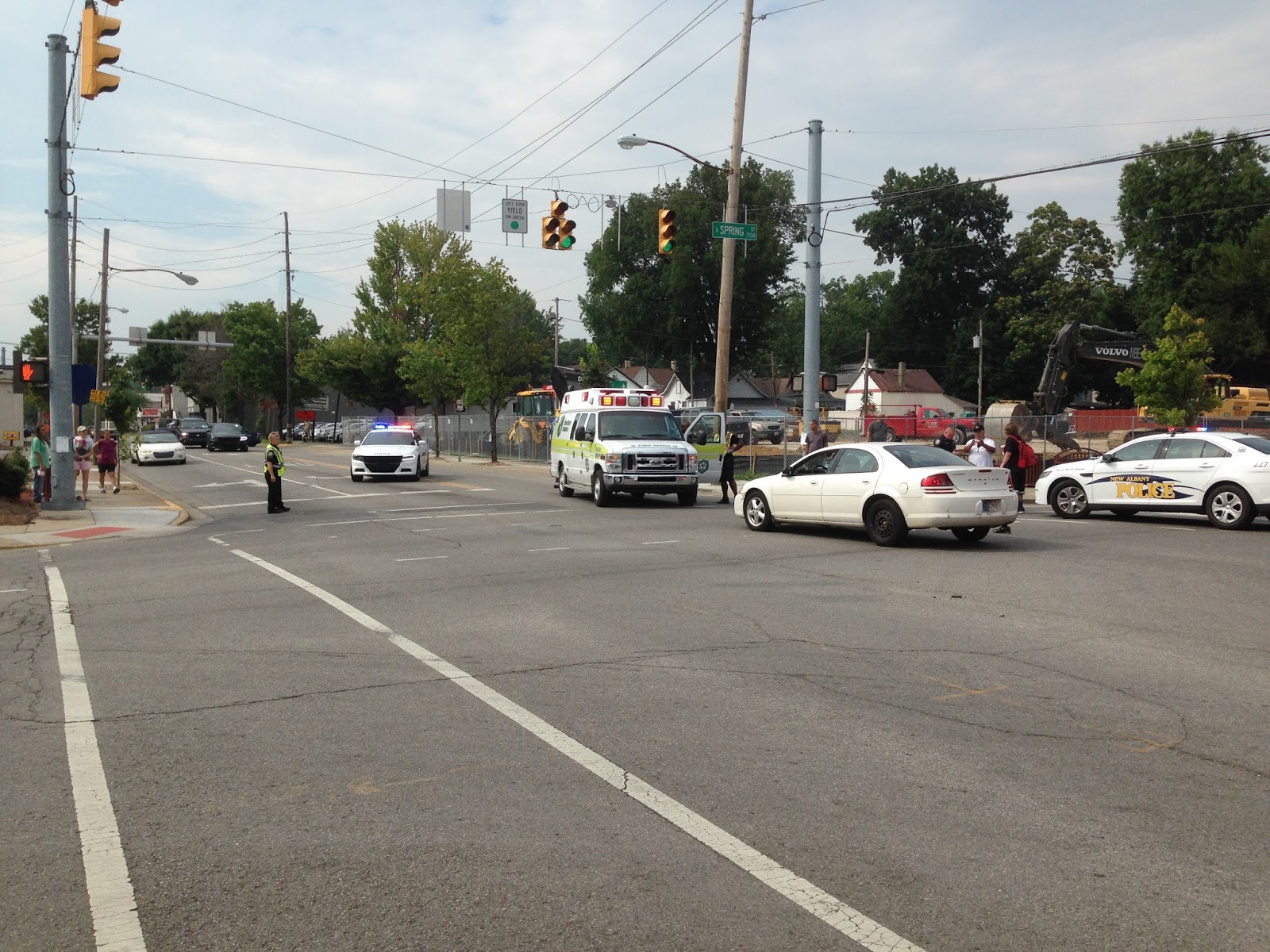 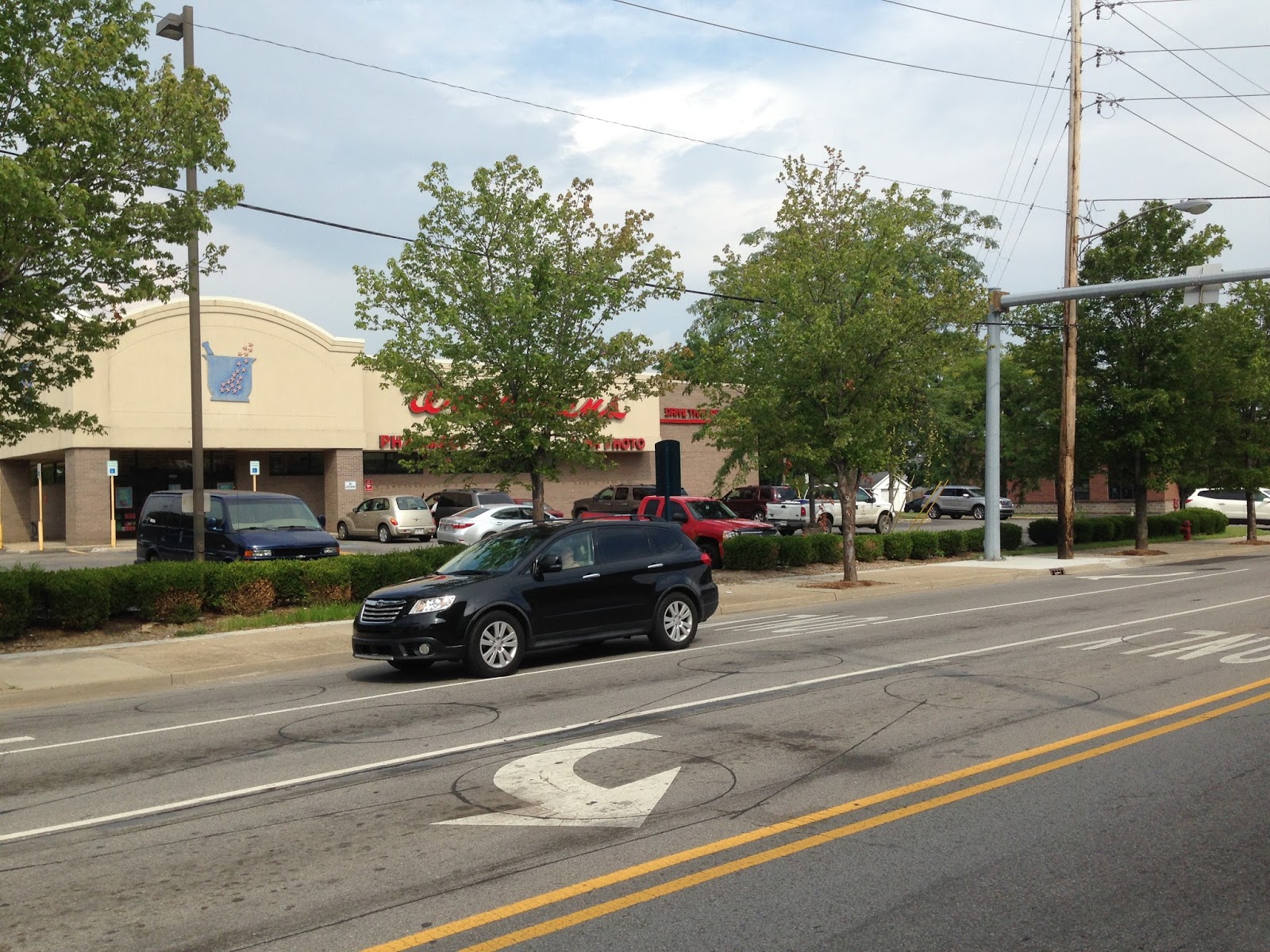 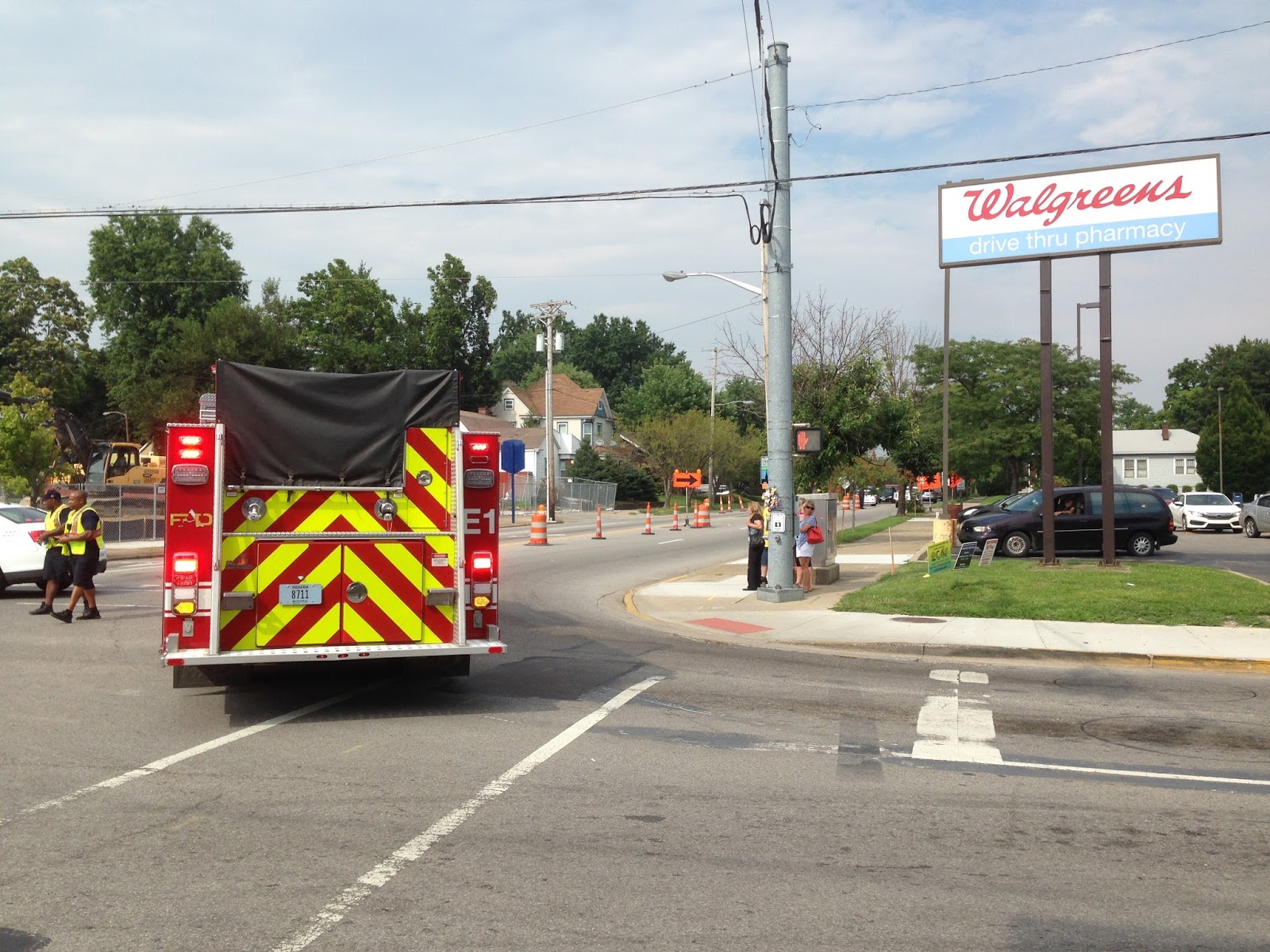 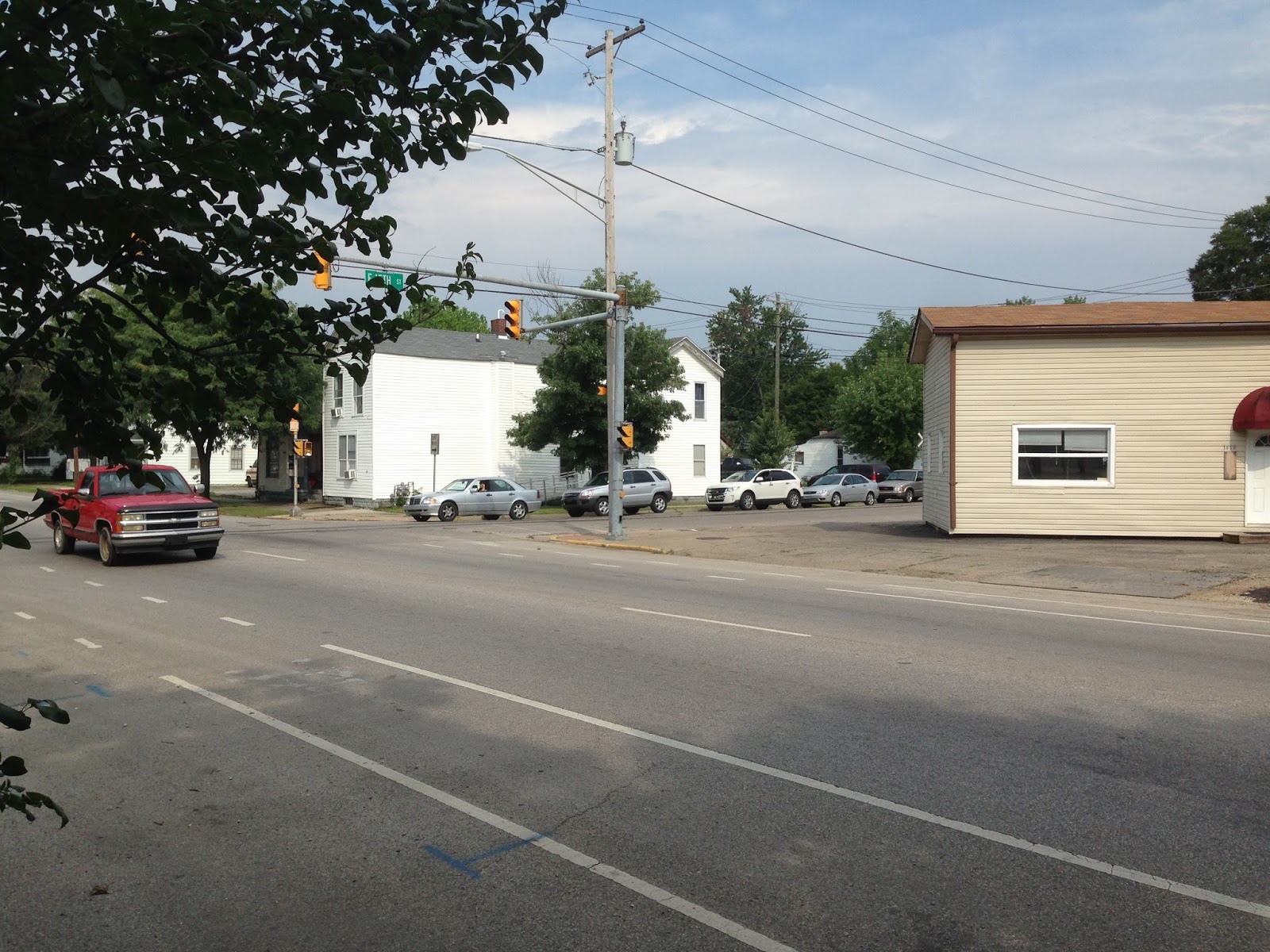