Why not the old, familiar, comforting words, like the ones you’re sure to hear when asking the city’s corporate attorney why the answers to my FOIA/public records request for Bicentennial commission finances, due to be handed over on July 8, still haven’t arrived on August 3?

Even these very same insouciant (ooh, baby), bond-engorged municipal corporate attorneys who customarily are paid to suppress information can benefit from this enlightening expansion of personal horizons, and really, as we contemplate what they knew and when they knew it, all we have left is plenty of time — and the opportunity to learn something, if we’re so inclined.

A dickey (alternatively written as dickie or dicky; sometimes known in American English as a tuxedo front or tux front) is a type of false shirt-front – originally known as a detachable bosom – designed to be worn with a tuxedo or men’s white tie, usually attached to the collar and then tucked into the waistcoat or cummerbund. Better dickeys have a trouser tab at the end to secure them down, preventing the dickey from popping out. The rigid plastic dickey came into fashion in the latter years of the 19th century, and was one of the first successful commercial applications of celluloid.

Although detachability isn’t the same as disposability, a boy can dream.

When I showed the children this ‘dickey’ their reactions were amusing. After some rather juvenile jokes about the name of the garment they became fascinated by the idea of a detachable shirt. 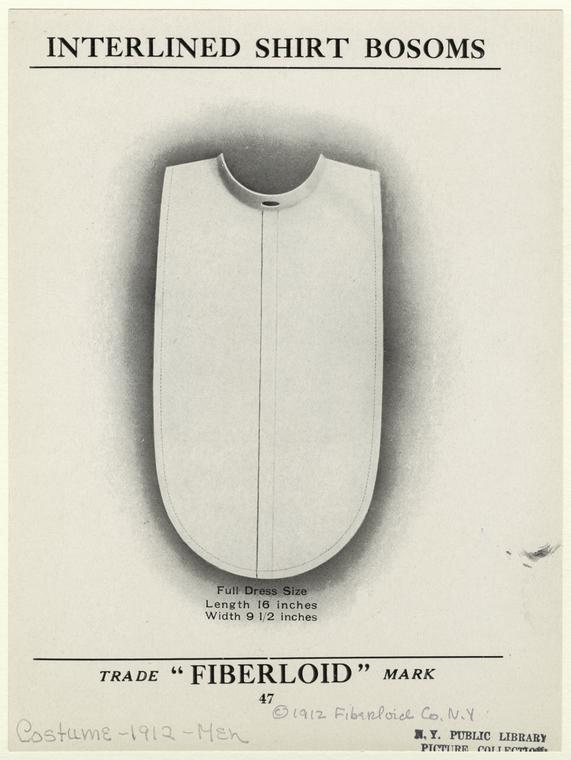