The billboard in Cleveland generated much discussion during last week’s Republican National Convention.

When I saw it, something similar came to mind.

It’s something to do with making metaphorical love to your client state.

The socialist fraternal kiss became famous via Erich Honecker and Leonid Brezhnev, who were photographed exercising the ritual. 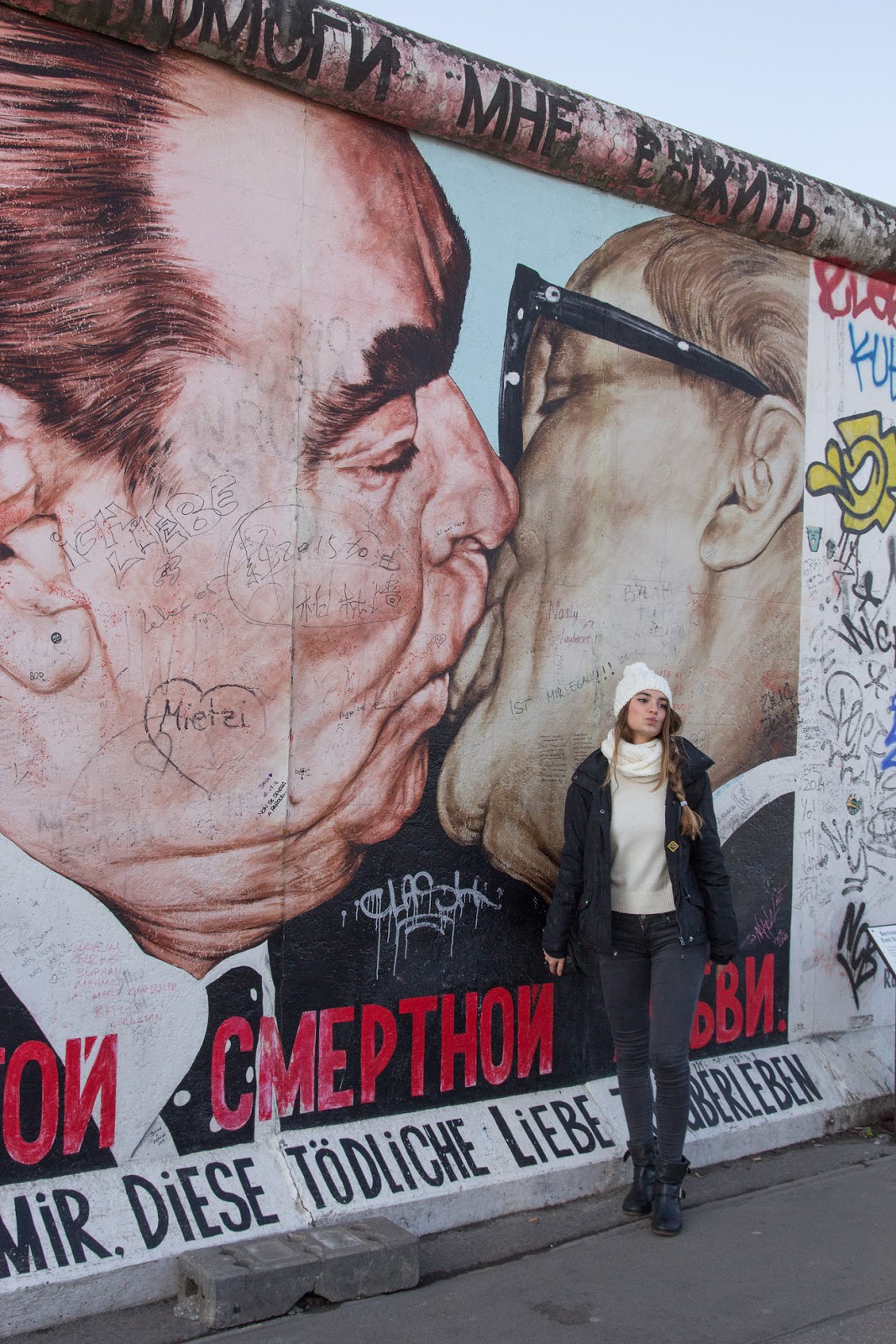 My God, Help Me to Survive This Deadly Love (Wikipedia)

My God, Help Me to Survive This Deadly Love (Russian: «Господи! Помоги мне выжить среди этой смертной любви», German: Mein Gott, hilf mir, diese tödliche Liebe zu überleben), sometimes referred to as the Fraternal Kiss (German: Bruderkuss), is a graffiti painting on the Berlin wall by Dmitri Vrubel, one of the best known of the Berlin wall graffiti paintings. Created in 1990, the painting depicts Leonid Brezhnev and Erich Honecker in a fraternal embrace, reproducing a photograph that captured the moment in 1979 during the 30th anniversary celebration of the foundation of the German Democratic Republic.