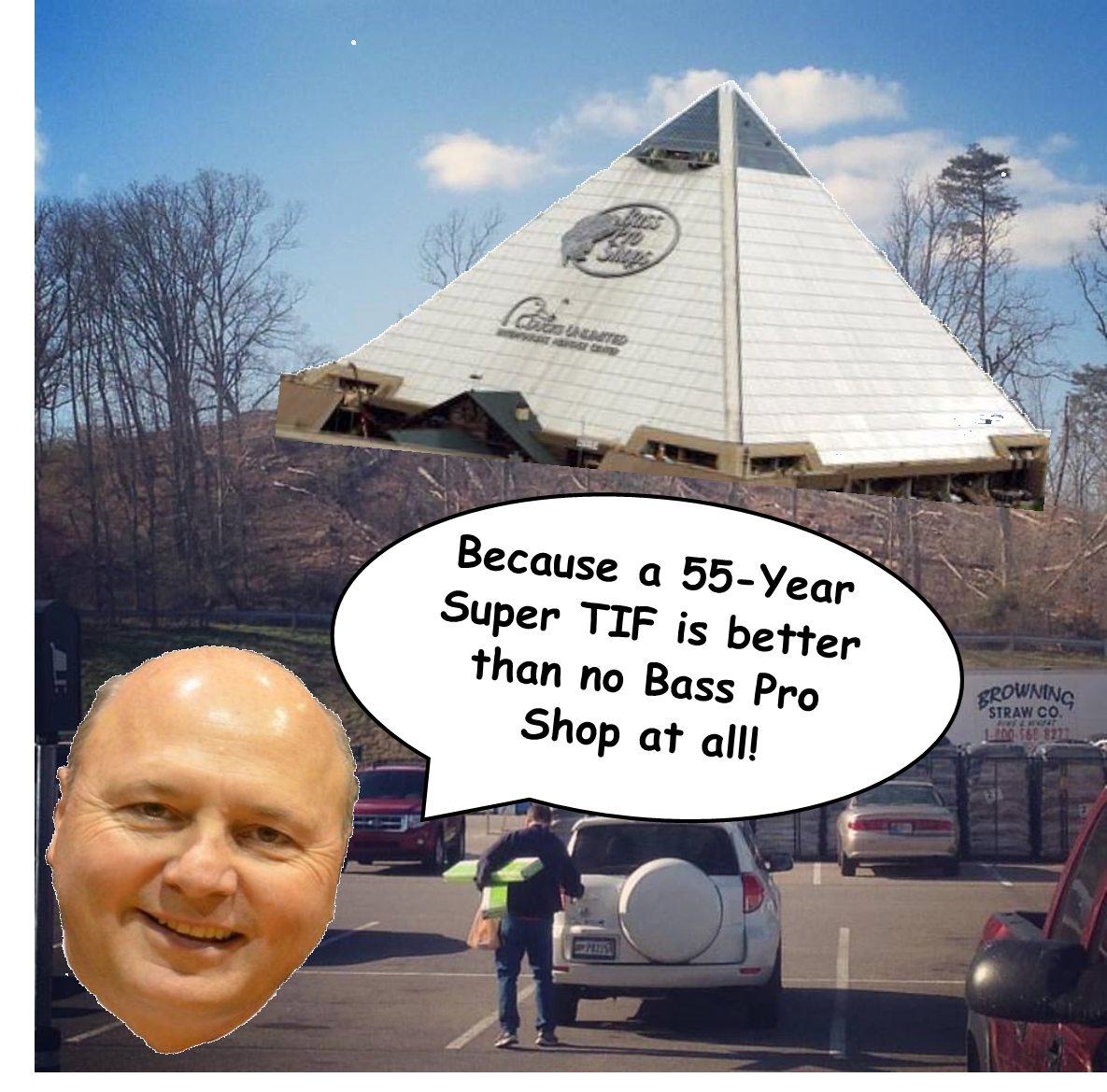 It is with great hesitation that I link to this piece.

A pyramid at the apex of denuded Summit Springs would be plain tacky, although even I can see the symbolic advantages of a Sphinx … but could we fit a Bass Pro Shop in one of those?

… To briefly recap: A poor and declining city embracing the big project as their salvation builds a pyramid-shaped basketball stadium down on the Mississippi River in an attempt to attract an NBA team along with jobs, tax revenue and respect. NBA team relocates but is not enamored with the pyramid and winds up in a different facility. Pyramid sits empty. Silver bullet solutions abound – what else can be done when you’re this far vested – and with a disputed amount of subsidy (whenever I write about it, project proponents get angry with my numbers but we’re certainly talking in the nine digits) the pyramid is transformed into The Pyramid, a Bass Pro retail destination with amenities like a hotel, bowling alley and shooting range. 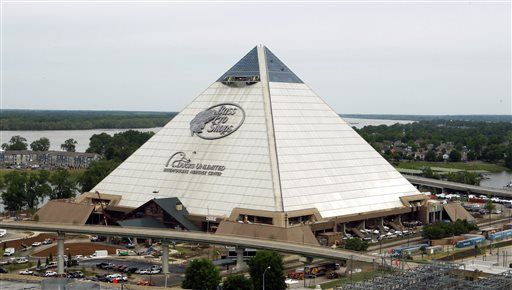