It’s a reminder worth reissuing periodically, particularly during an election year.

Behind The Song: Bruce Springsteen, “Born In The U.S.A,” by Jim Beviglia (American Songwriter)

… Those who say that Springsteen was trying to be subversive are probably missing the point as well, since he wasn’t trying to sneak these harsh rebukes by; he belts them out as loud as he does the chorus. The song spurns patriotism that is no more than blind loyalty and acceptance of all the government does. 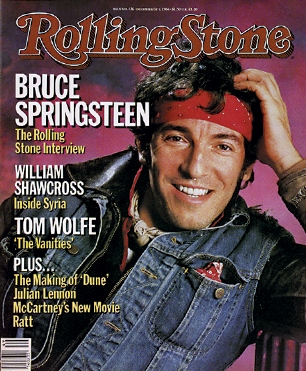