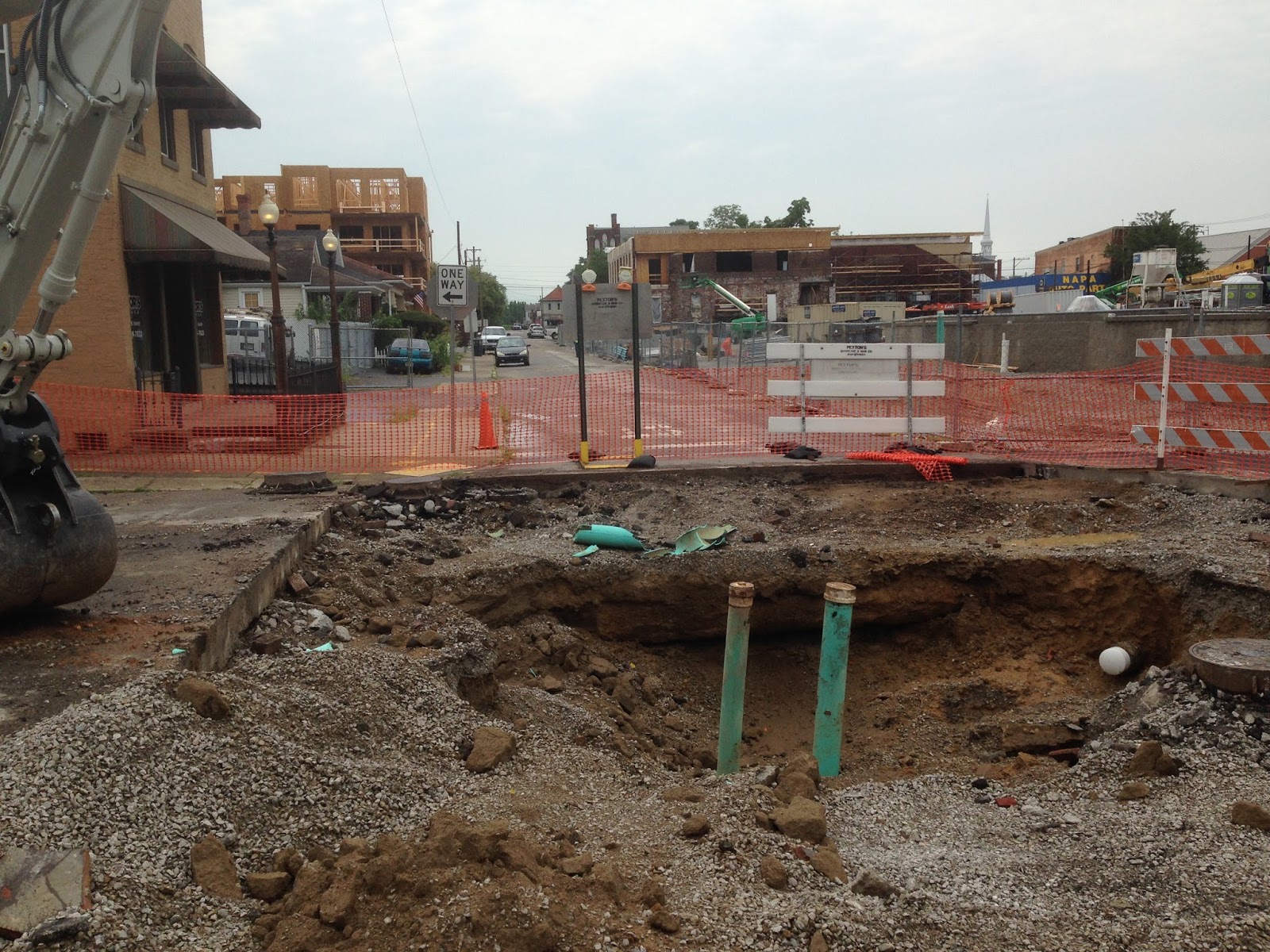 Back in March, NAC glanced at another of Pinocchio Rosenbarger’s inadvertent street grid masterworks.

Right there, by the Break Wind Lofts at Duggins Flats … Elm Street, a drag strip leading from the post office to 10th … a barber shop, already devalued by the one-way street, now further spat upon by cars constantly weaving lanes to avoid hitting John Rosenbarger’s patented Traffic Calming Speed Dip, or bottoming out, or slamming on the brakes at too high a rate of speed, threatening the tailgating Kentuckian behind him … and do we ever have conversations about the extent of the damage caused by the heavy trucks traveling these arterial streets at high rates of speed, which come to think of it, sounds pretty hazardous for walkers, too?

No, we don’t have these conversations in New Gahania, but at least this week the city began the latest round of repairs intended to make this intersection smooth as a baby’s bottom, so that drivers (they vote, you know) never have to slow down, ever again.

Because we wouldn’t want slower traffic, would we?

Elm Street and 5th Street will be closed beginning Monday, June 20, for crews to fix the dip in the road at that location. The work is only expected to take two or three days, weather permitting, but may last until Friday, June 24. 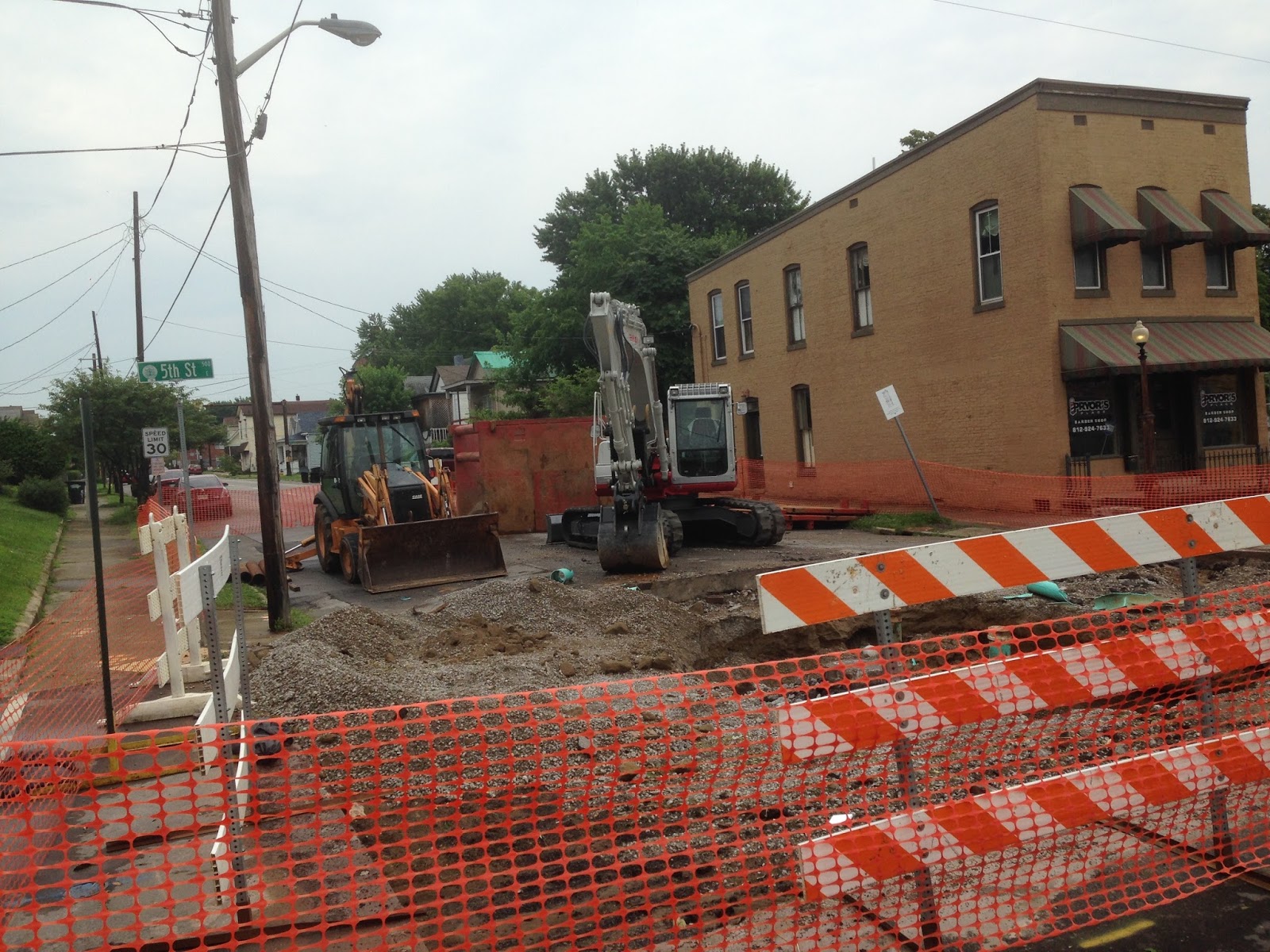 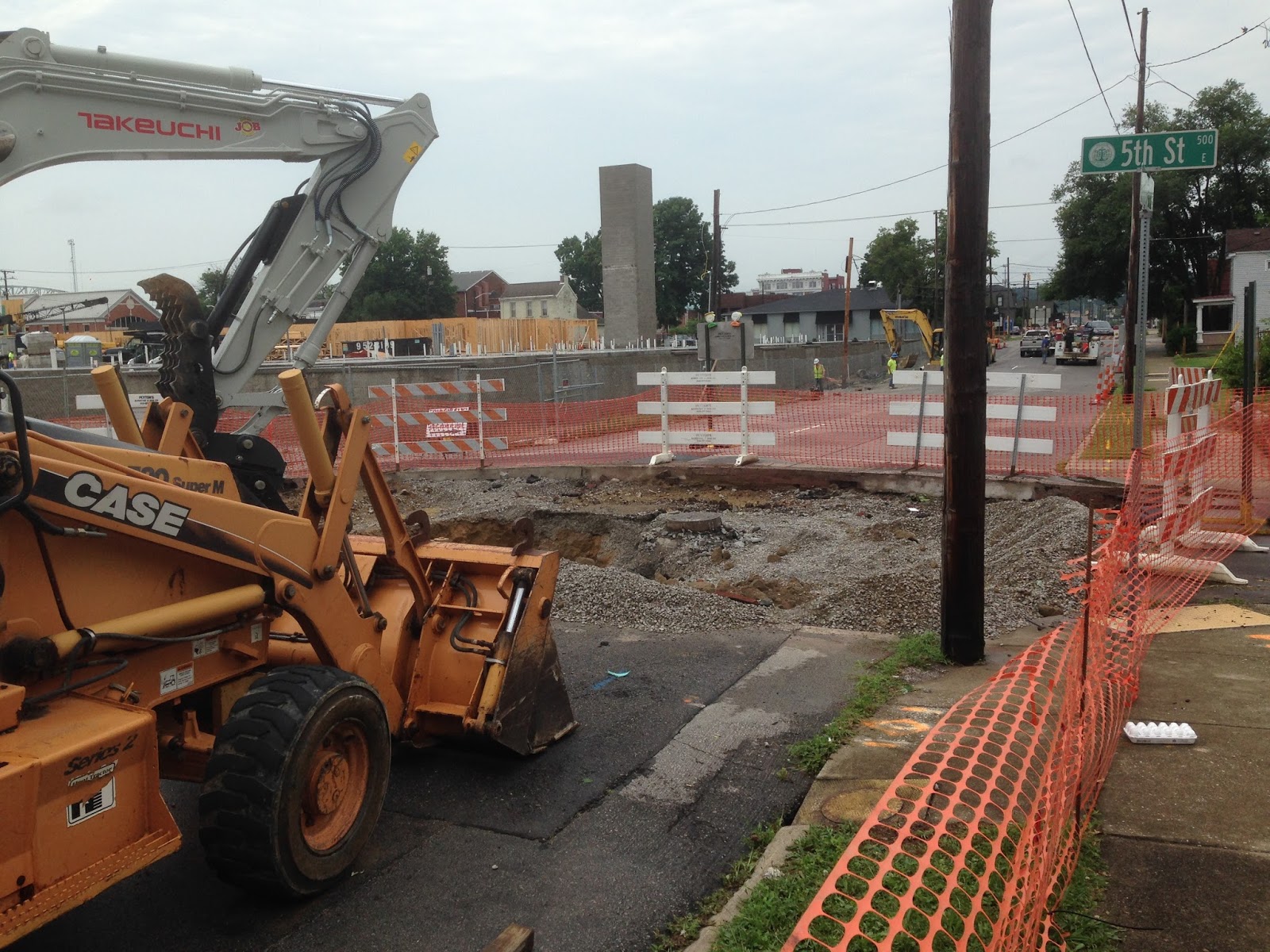 A bit of Breakwind work is concurrent with the city’s deRosenbargerization. 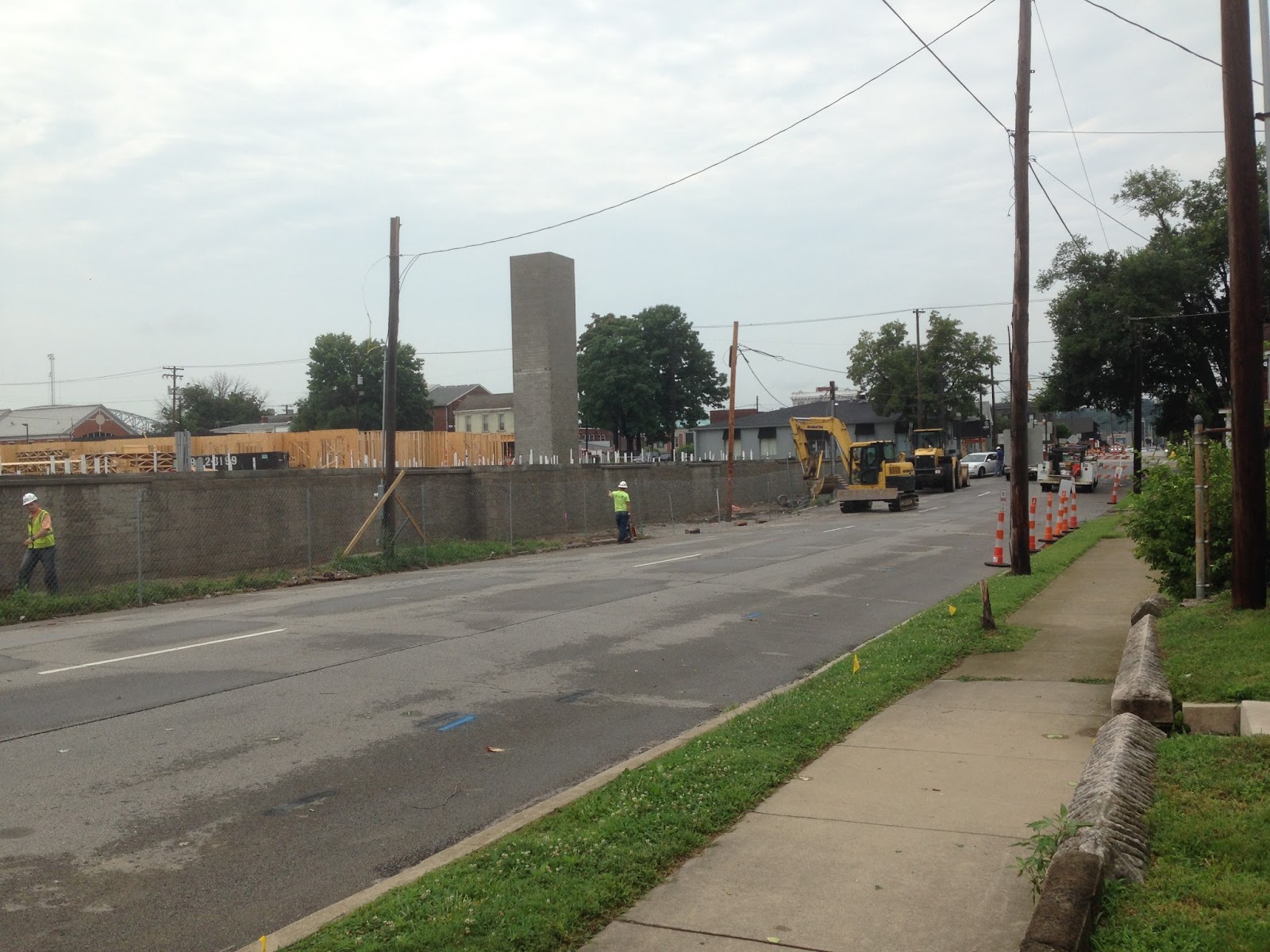