But why all these new words?

Why not the old, familiar, comforting words, like the ones you’re sure to hear at the Roadhouse, albeit garbled, just before members of your immediate family beginning clubbing one another with empty Bud Light bottles?

Even remuneration-engorged municipal corporate attorneys are eligible for this enlightening expansion of personal horizons, and really, as we contemplate what they knew and when they knew it, all we have left is plenty of time — and the opportunity to learn something, if we’re so inclined.

A camarilla is a group of courtiers or favorites who surround a king or ruler. Usually, they do not hold any office or have any official authority at court but influence their ruler behind the scenes. Consequently, they also escape having to bear responsibility for the effects of their advice. The term derives from the Spanish word, camarilla (diminutive of cámara), meaning “little chamber” or private cabinet of the king. It was first used of the circle of cronies around Spanish King Ferdinand VII (reigned 1814-1833). The term involves what is known as cronyism. The term also entered other languages like the German and Greek language, and is used in the sense given above.

A similar concept in modern politics is that of a Kitchen Cabinet, which is often composed of unelected advisers bypassing traditional governance practices.

And a bit more at Merriam-Webster …

Camarilla is borrowed from Spanish and is the diminutive of “cámara,” which traces to the Late Latin camera and means “room”; a “camarilla,” then, is literally a “small room.” Political cliques and plotters are likely to meet in small rooms (generally with the door closed) as they hatch their schemes, and, by 1834, “camarilla” was being used in English for such closed-door groups of scheming advisers. The word is relatively rare in formal English prose, but it still finds occasional use in news stories. Some other descendants of the Latin camera include “camera,” “comrade,” “camaraderie,” and “bicameral.”

Here is a sample sentence.

“Citizens thought these public works projects were meant to improve fundamental infrastructure, but unfortunately, they were concocted by a shadowy municipal camarilla, which sought little more than to wet its collective beak in the largess.”

She had that
Camarillo brillo
Flamin out along her head,
I mean her mendocino bean-o
By where some bugs had made it red 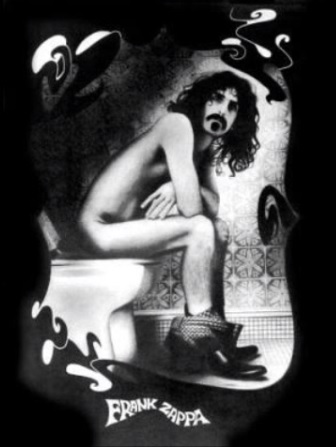