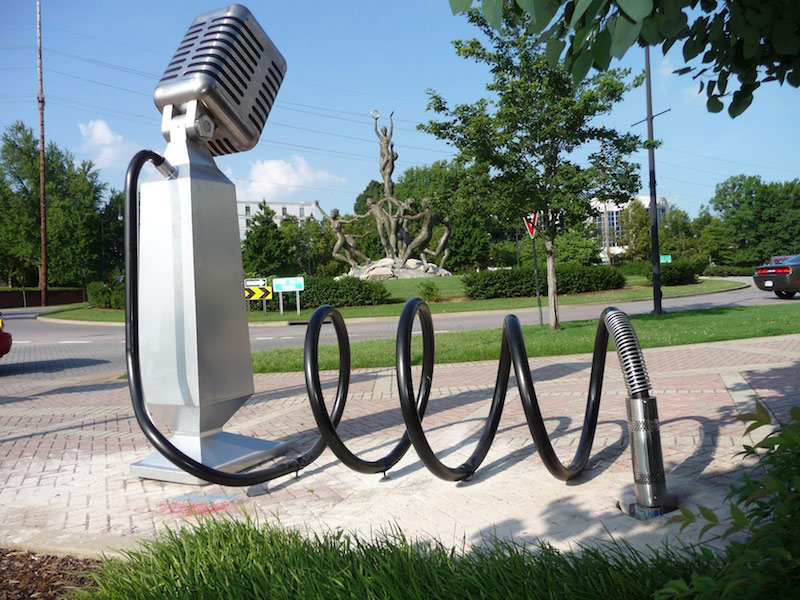 Yesterday morning, I asked the Bored this question, though not exactly in the same words.

“Will the Bored of Works be placing bicycle racks on sidewalks, and if so, will it finalize the bike racks before or after the results come back from HWC Engineering’s two-way street design and engineering study?”

ASK THE BORED: About the timing of bicycle rack placement and the impending HWC study.

There was a degree of give and take, but plenty of information was forthcoming.

Warren Nash said he is unaware of any bicycle rack project up for consideration by the Board of Public Works and Safety, at least yet.

City engineer Larry Summers then interjected that yes, such a project is being discussed at the Redevelopment Commission, but as yet, it is in embryonic form and far from being finalized.

He proceeded to offer considerable detail about this unfinished idea.

First, I asked him whether any such bicycle rack installation initiated by the Redevelopment Commission would be facilitated before or after HWC Engineering’s “two way streets in real life” study comes back to BOW.

Shouldn’t we know how the streets will operate once subject to two-way traffic and new bicycle lanes before adding racks?

Summers said that presently there is great urgency attached to the bicycle racks, as they have been requested by bicyclists and businesses right now, not later, a sentiment based on a survey of current use patterns, which are separate from expanded or altered usage if bicycle lanes eventually are added.

So, who did the survey? Redevelopment?

Summers said no, it was at-large councilman David Barksdale.

Finally, how much sidewalk space be taken up with bicycle racks, seeing as people with bicycles should be using the street, because people walking are on the sidewalk.

Summers’ answer: Bicycle racks will be concentrated in areas (as here), and absolutely will be configured to avoid any conceivable blockage to the disabled.

That’s a fair amount of information for an embryonic, unfinished project. Thank you, Larry Summers. If you have any thoughts on the matter, perhaps CM Barksdale is the man to contact, since he’s conducting the survey. From the city’s website:

I intend to do so. Maybe at least we can get some nice public art value out of redevelopment’s design, given its unerring … er, never mind.

ASK THE BORED returns next Tuesday.