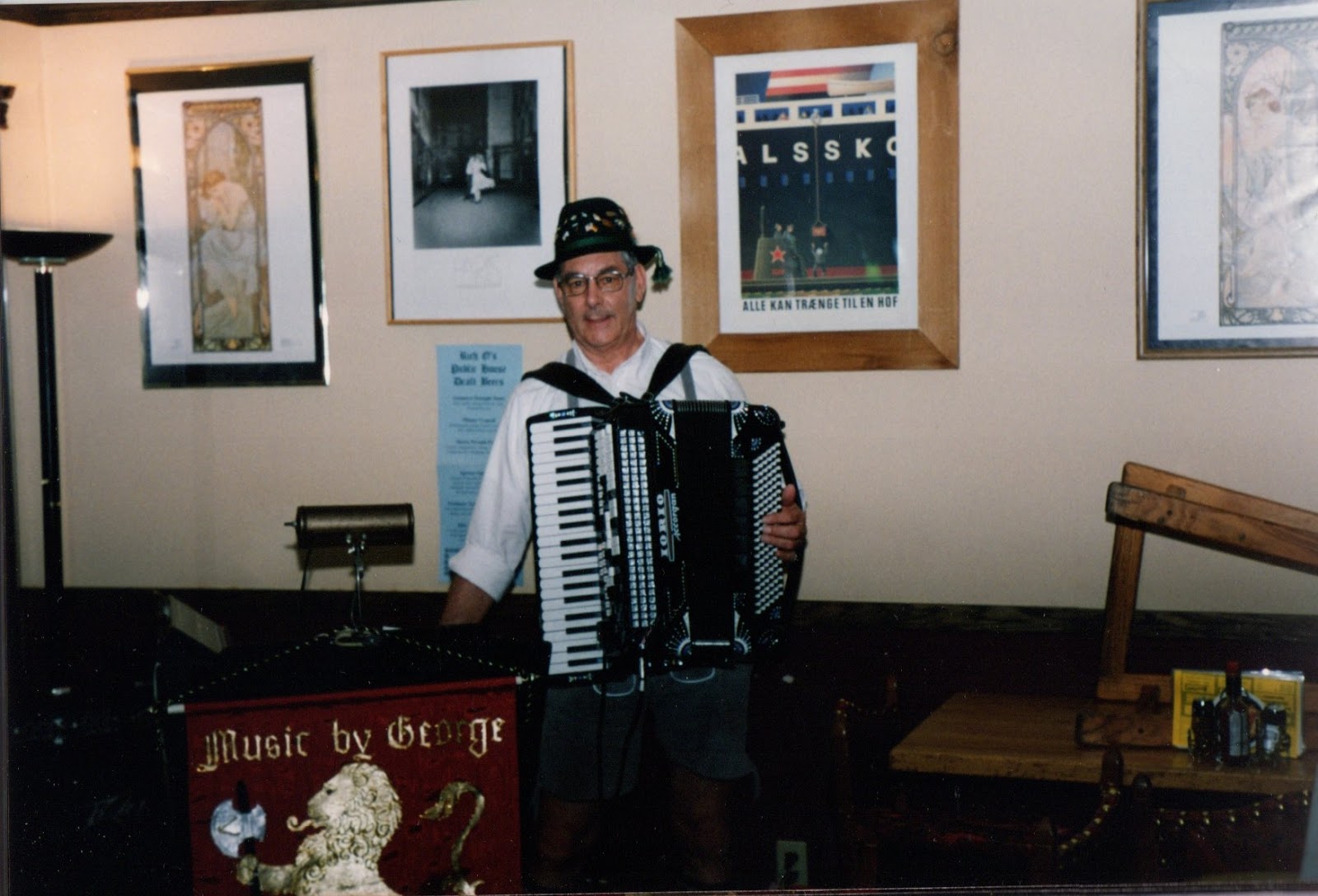 I first met George Schroeder at the now defunct Strassenfest in Louisville. It was 1992, and George was a fan of all things German, although he wasn’t even aware that Rich O’s Public House existed — and there were German beers there.

He’d have been around 64 at the time, and subsequently, we saw him at the pub just about every day until he was well into his eighties — usually for a single pint of Carlsberg, Pilsner Urquell or Spaten, and then he’d continue his rounds down the street at the Legion.

Until arthritis claimed his fingers, George played accordion periodically at the pub. I’ll always remember these performances with fondness. It wasn’t hip or trendy, just cool.

The PC: The Doppelbock Viscosity Tour of 1995, revisited.

It was a momentous occasion as Biggus Dickus, Barrie Ottersbach, George Schroeder, David Pierce, Rick Buckman and Bob Reed emerged from the rail car, heavily laden with baggage and the vast debris of the nonstop, seven-hour party that had broken out on the train.

I’d organized a beer-based itinerary in Prague, Plzen, Munich and Bamberg. We all had a blast, but I think George may have enjoyed it the most. It was like a pilgrimage to the Old Country for him (see photos below).

In 1999, he returned to Europe as part of my biggest-ever (30 ppl) motor coach tour. After that, he begged off my invitations, but I’m forever grateful that he was able to travel with us twice.

Thinking about George, the image in my mind isn’t German, but British.

The photo was reproduced in Michael “Beer Hunter” Jackson’s World Guide to Beer, and showed the Lads of the Village, 1934 — five hirsute gentlemen, a average age of 80-something, drinking pints of bitter in their local pub. 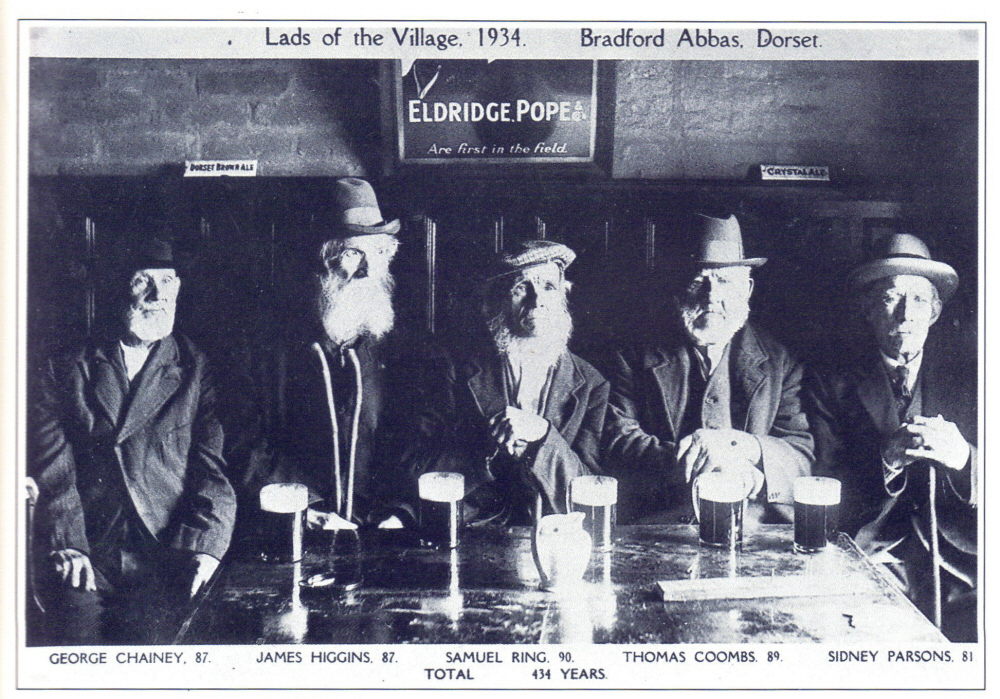 George was clean-shaven. But if the Public House had a Customer Hall of Fame, he’d be right there among our many lads of the village.