The Green Mouse has learned that there is a push to install bicycle racks in downtown New Albany.

On the surface, this is a positive development. However, this depends on details — where the bicycle racks are to be placed, and whether they act to reinforce desired walkability and bikeability, or simply serve to bolster the prevailing auto-centrism, which prevents downtown from achieving its best use.

Consider the corner of Market and Bank.

A source tells the Green Mouse that bicycle racks are to be placed atop the sidewalk, here.

But: Isn’t this precisely the spot for a bench or amenities for walkers — assuming, of course, that this tree isn’t about to be slaughtered by the Lumber Board?

Because: Isn’t the sidewalk intended for those walking?

And: Doesn’t the city’s own ordinance prohibit adults from riding bicycles on sidewalks in the historic business district?

So: If bicycles are supposed to be on the street, wouldn’t it make more sense to park them in their own parking space, as here, where this truck is parked? 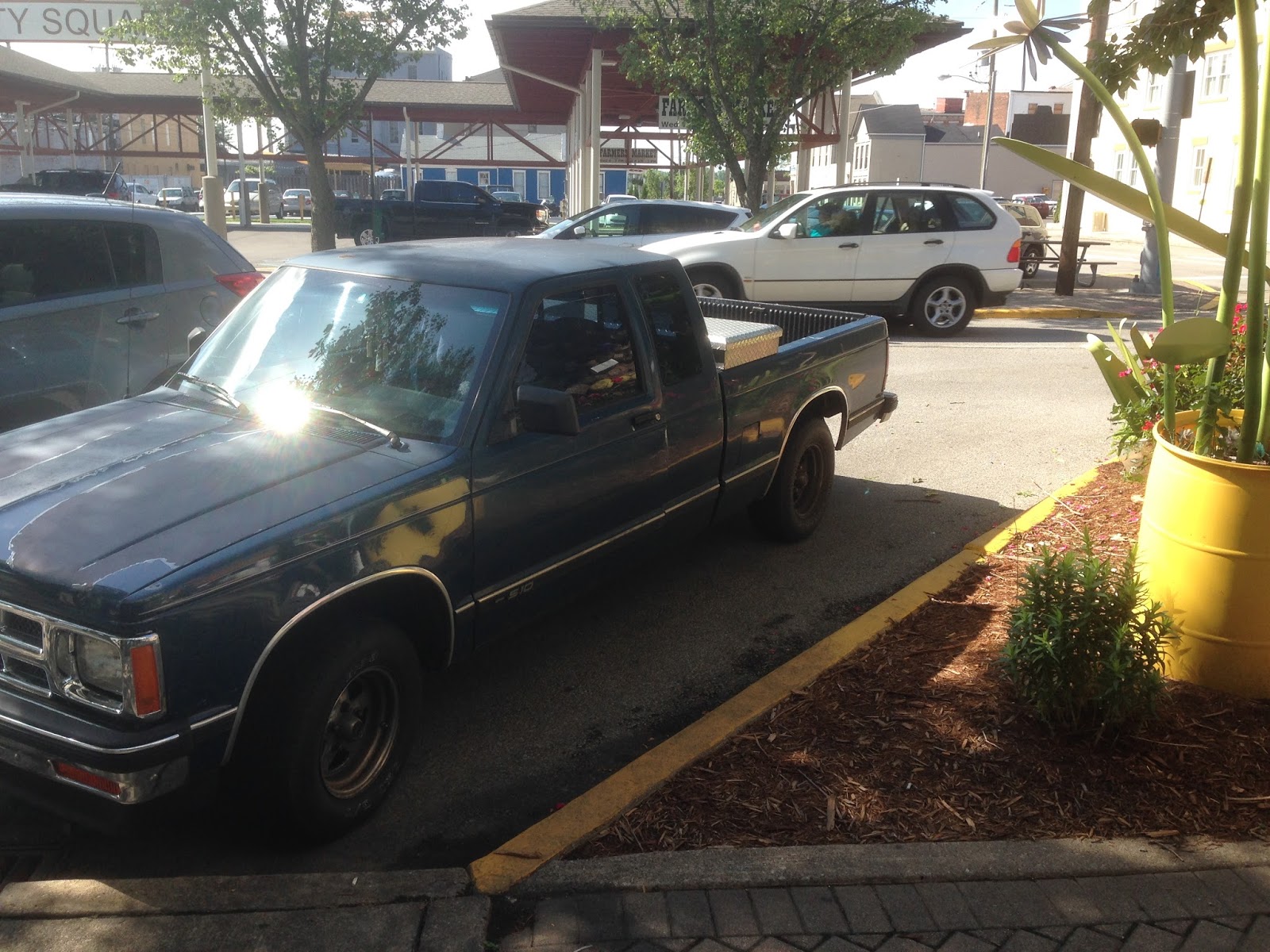 Sorry, there’s even more to it. In the ongoing absence of concrete proposals, it remains that City Hall and certain public officials continue to whisper privately that Jeff Speck’s walkability study will at some point serve as the basis for street grid changes.

If true, then why would bicycle racks be placed now without reference to the “master street reform plan” that we’re told will be revealed very soon?

Is there a master plan, or must we invariably act in piecemeal fashion? Maybe if city officials stopped looking at potential stakeholders as though we’re space aliens, a semblance of grassroots participation could be gained.