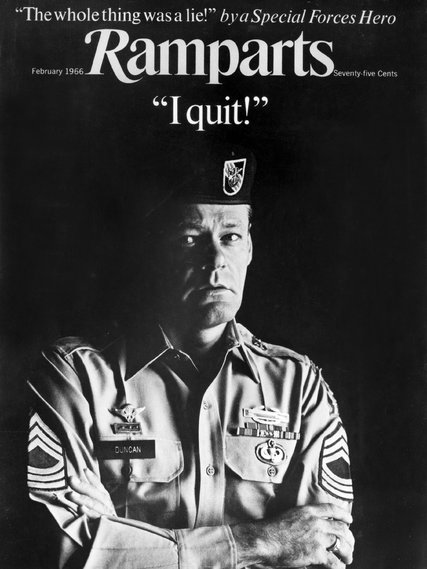 First there was an obituary.

Mr. Duncan, who died in obscurity in 2009, wrote in 1966 of witnessing atrocities by American troops and helped organize antiwar protests.

The, a week later came the explanation. It sheds light into the editorial process at a newspaper (just imagine if ours attempted any such), and suggests that it’s still possible to disappear in plain sight in places like …

An Obituary Runs Seven Years After the Subject’s Death. What Happened?, by William McDonald

Obituaries editor William McDonald explains why The Times decided to remember a once-famous activist who had slipped into obscurity, seven years after his death.

… In sum, Mr. Duncan made an appreciable impact on the national discussion of the war; he had for a time been a newsmaker, and by The Times’s rule of thumb his death was thus newsworthy. The obituary ran online on May 6, and in the paper on May 8.

What was unusual about the obituary, however, was how belated it was. Mr. Duncan had died seven years earlier, on March 25, 2009. And therein lies a tale, about a life in which notoriety gave way to its flip side, obscurity, and about a journalistic decision in which one imperative of reporting — to be timely — deferred to a greater one: to simply get the story out.


Duncan’s 2009 obituary in the Madison Courier.