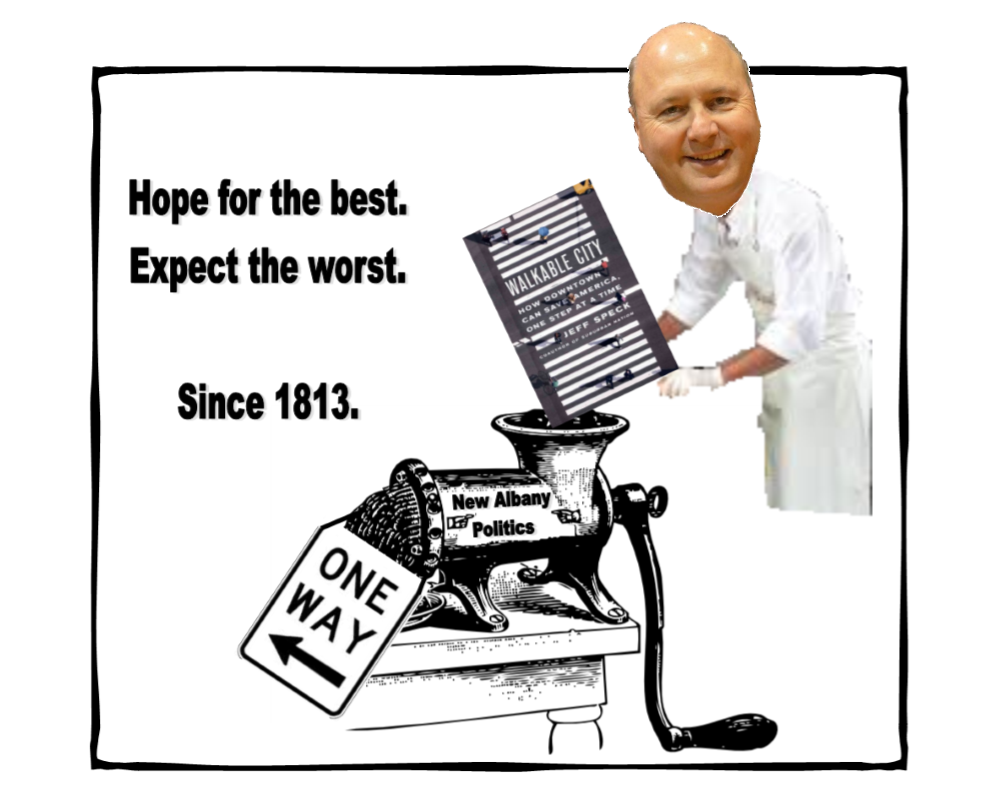 Perhaps now City Hall will take the fight to INDOT … wait … guess not, seeing as the last time our stewards of speed-through had the chance to fight for the right of walkers to cross the street at Main and West 1st, we folded faster than you can say “nice fresh asphalt just before the election.”

For the Record, the Feds Don’t Require Streets to Speed Car Traffic, by Angie Schmitt (Streetsblog)

When advocating for a street redesign that will take some space away from cars, it’s common to run up against this classic brush-off from your local transportation agency: The federal government won’t allow it.

Well, the Federal Highway Administration recently went on the record to shoot down that excuse. The FHWA doesn’t require states and local governments to speed cars through streets, even ones classified as part of the National Highway System. Stephen Lee Davis at Transportation for America published this excerpt of a memo from FHWA regarding Level of Service, or LOS, a measure of congestion:

…FHWA does not have regulations or policies that require specific minimum LOS values for projects on the NHS. [National Highway System] The recommended values in the Green Book are regarded by FHWA as guidance only. Traffic forecasts are just one factor to consider when planning and designing projects. Agencies should set expectations for operational performance based on existing and projected traffic conditions, current and proposed land use, context, and agency transportation planning goals, and should also take into account the input of a wide cross section of project stakeholders.

Davis explains why this matters:

This might seem like a minor clarification, but FHWA just gave the green light to localities that want to implement a complete streets approach. By making clear that there is zero federal requirement to use level of service (and that there never has been), FHWA is implying that transportation agencies should consider more than just traffic speeds when planning street projects.