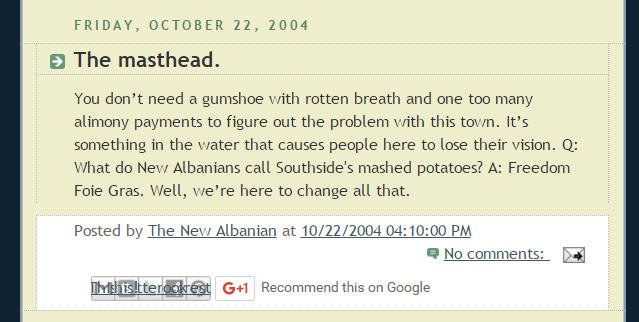 Prior to departing for Estonia, I stocked the blog queue with material in order to keep things moving in my absence, and Jeff Gillenwater posted them to Facebook. As always, thanks to Jeff for subbing.

Not bad. Not bad at all. Thanks to my readers, especially the ones who won’t admit it. Verily, you keep me hanging on.