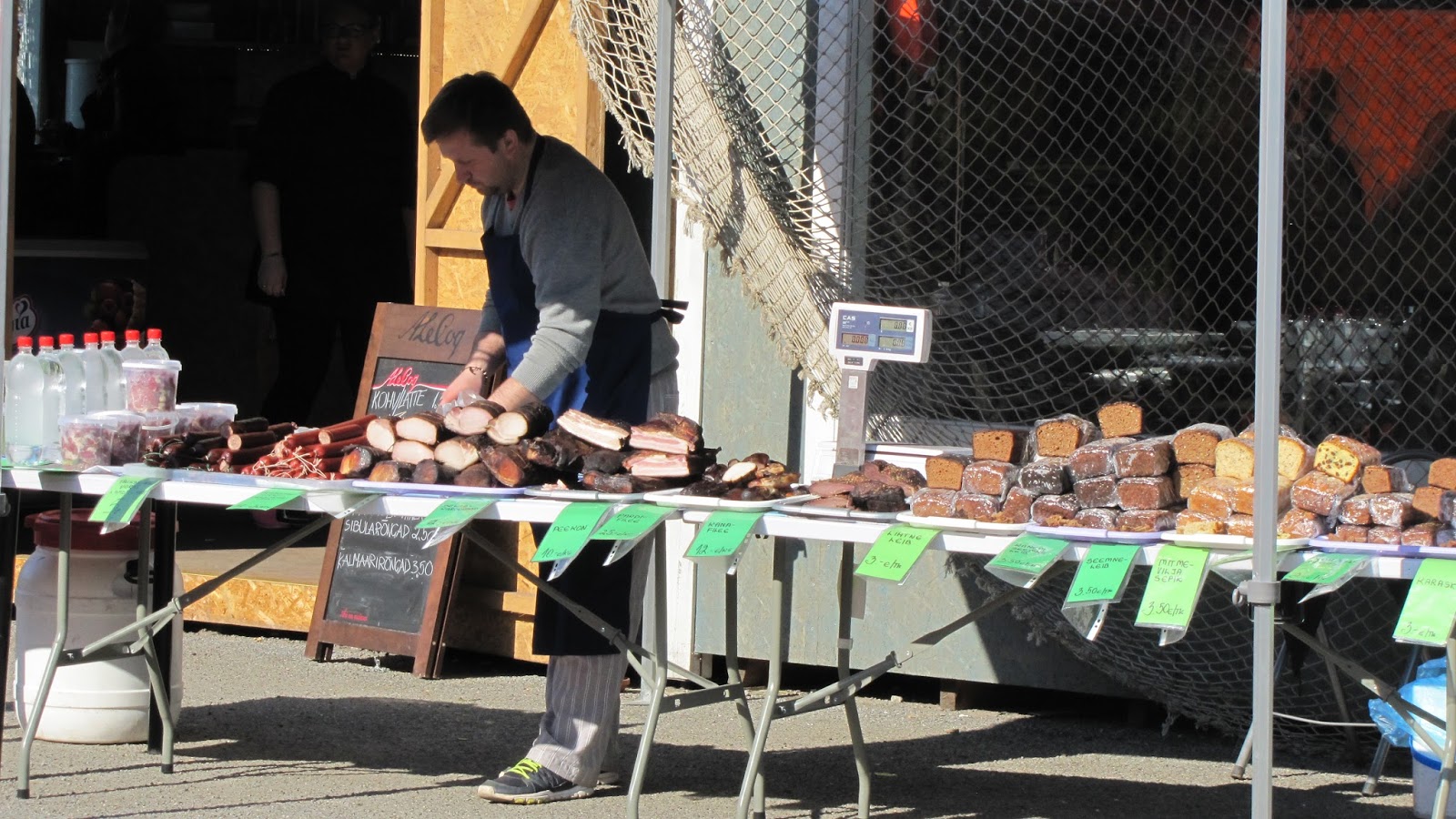 (As is my custom when posting trip summaries, I’m backdating them to the actual day of occurrence. Previously: Day Four)

Saturday, April 30 was such a sensory overload that I’ve split the narrative into two halves.

A beautiful spring day began with the olfactory enrichment of Tallinn’s fish market, located astride a small harbor on the north side of the Old Town. 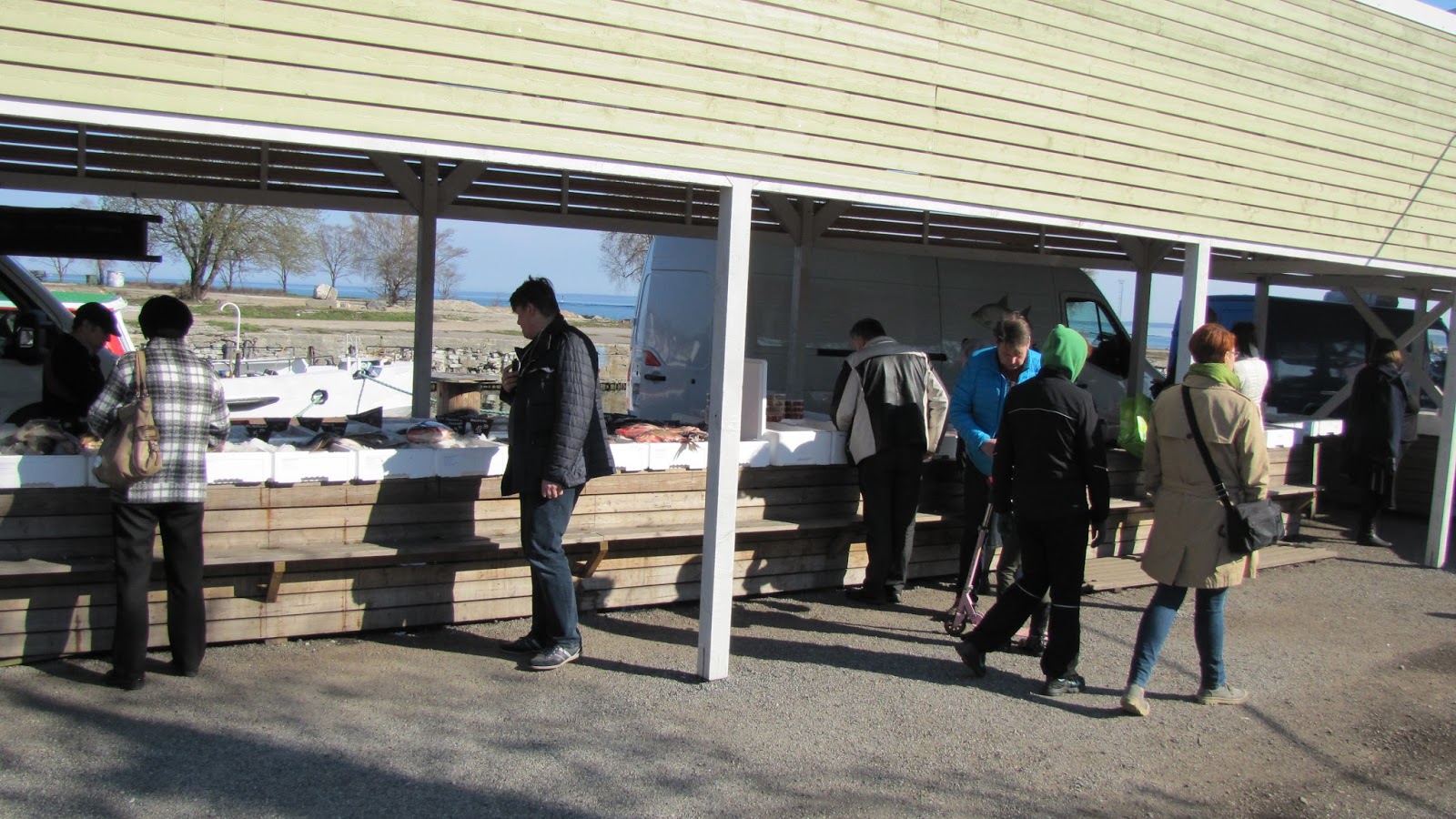 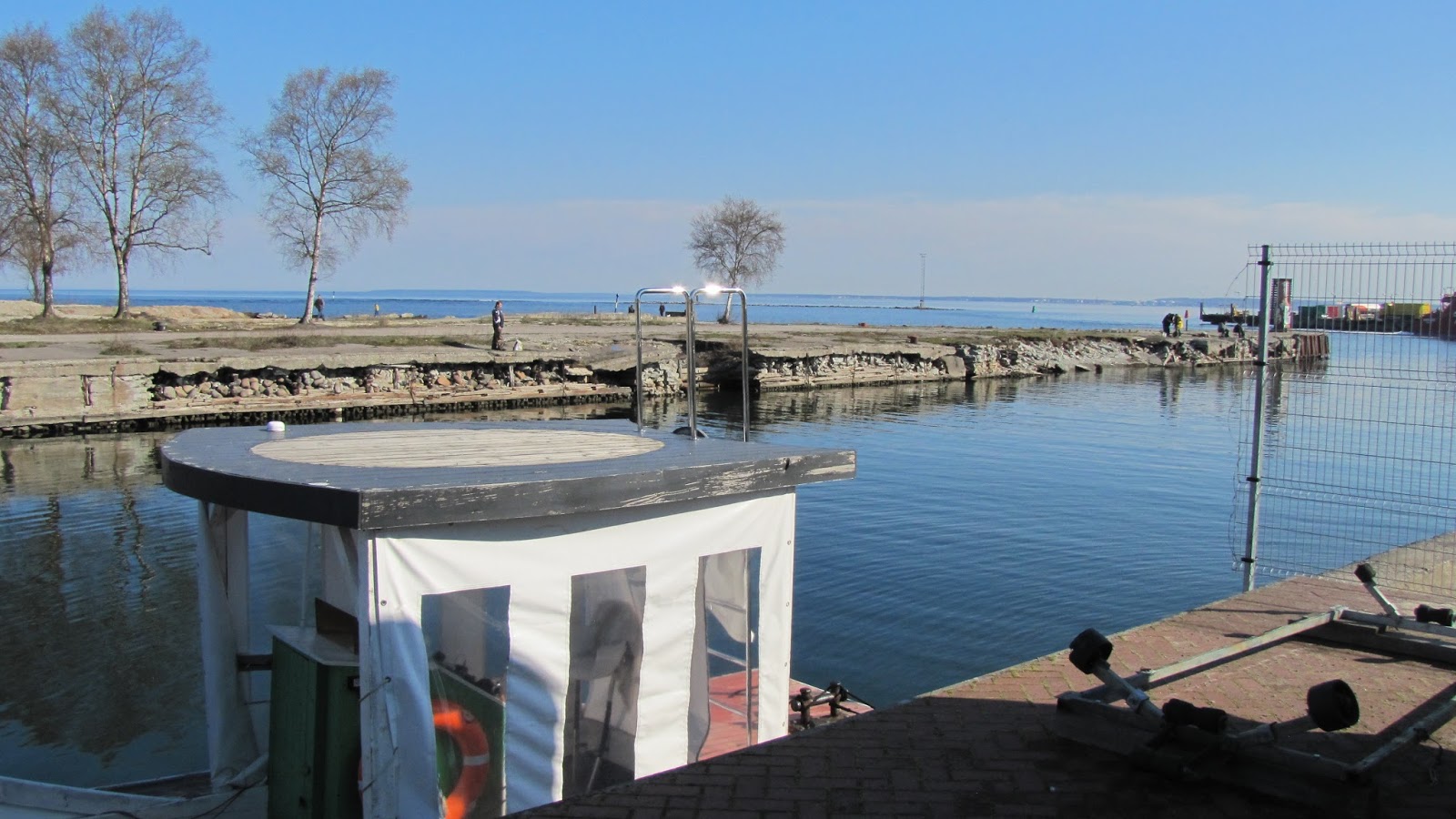 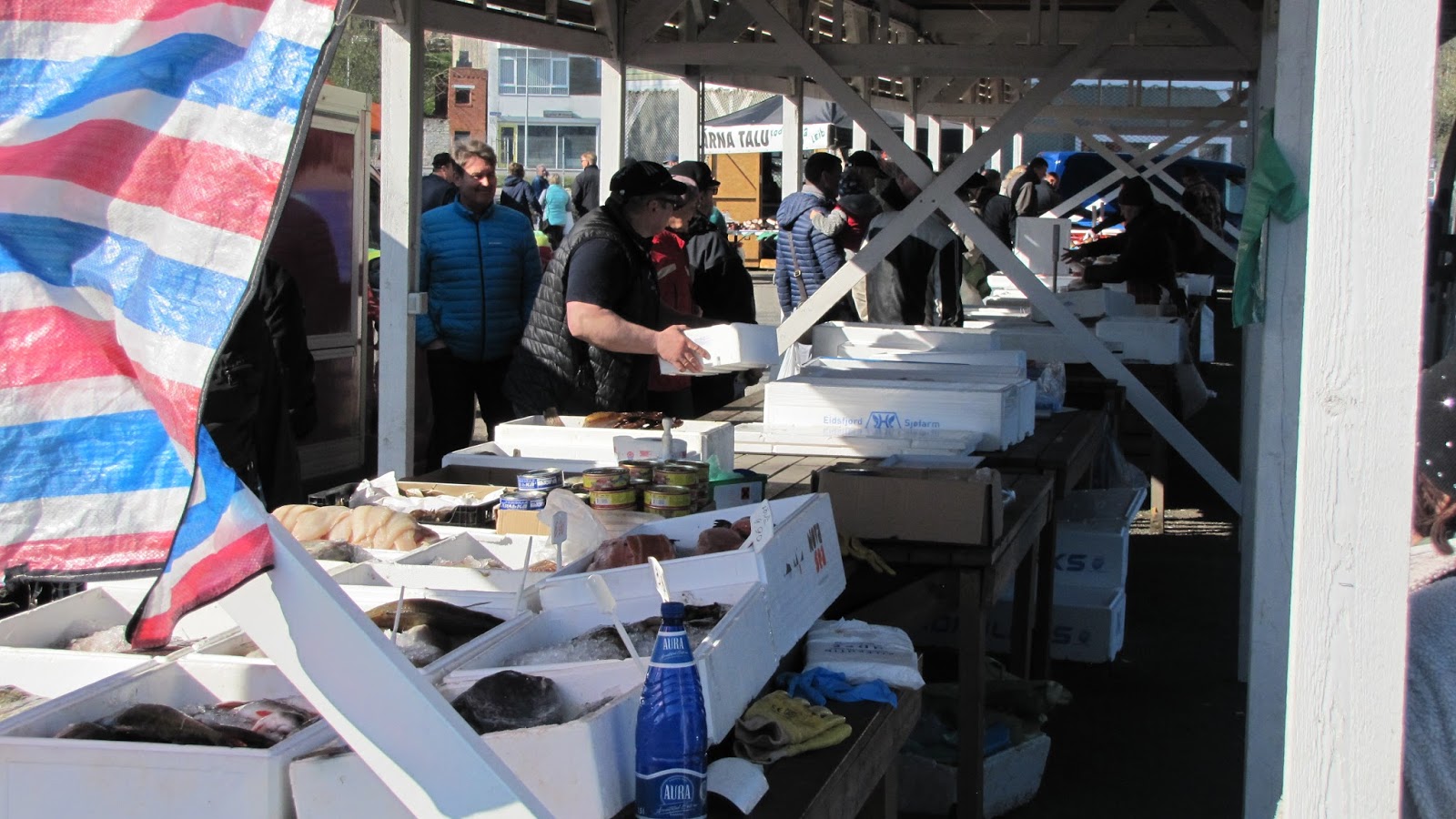 Around the corner is the Contemporary Art Museum of Estonia. We were too early, and it wasn’t yet open. 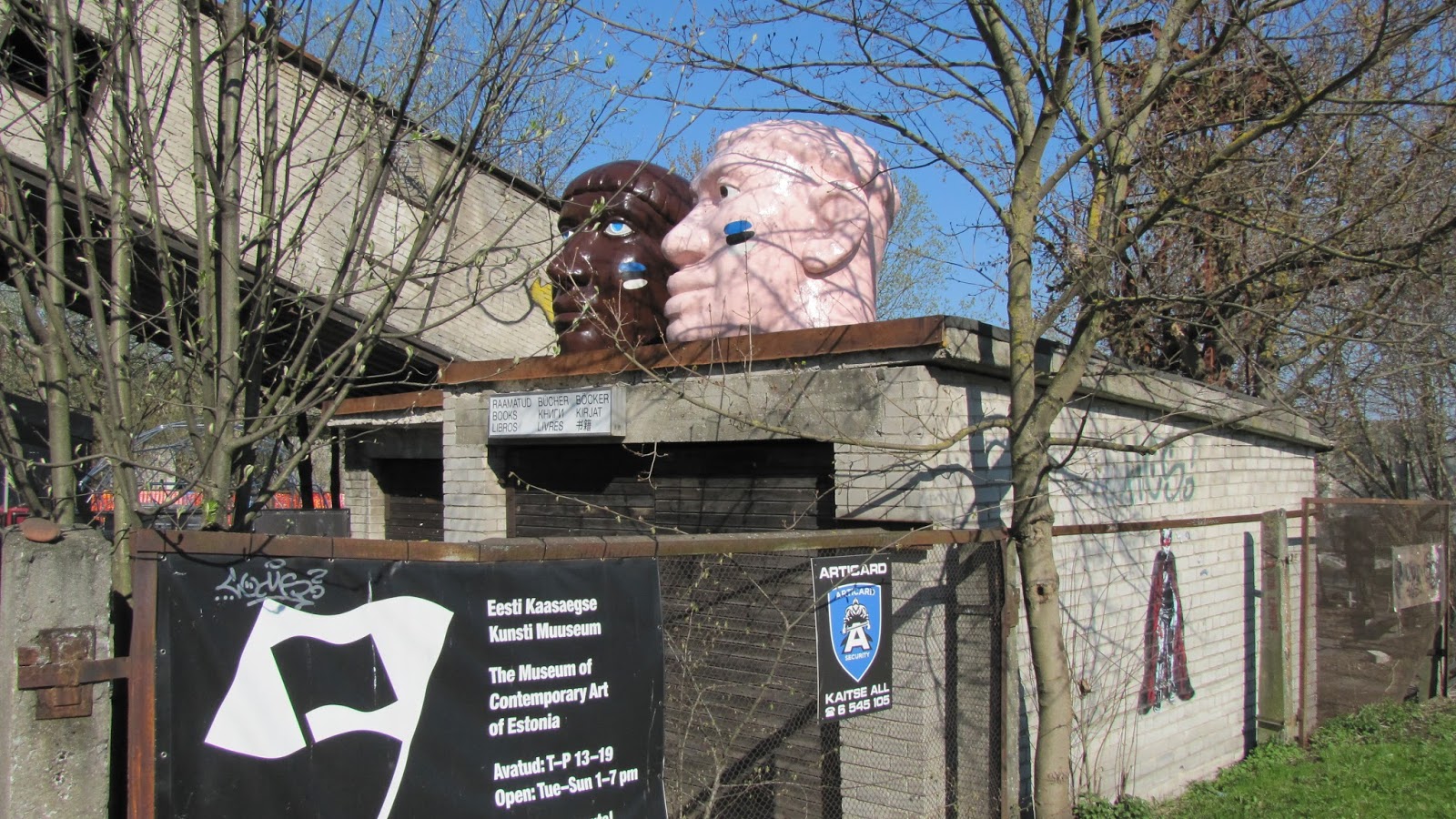 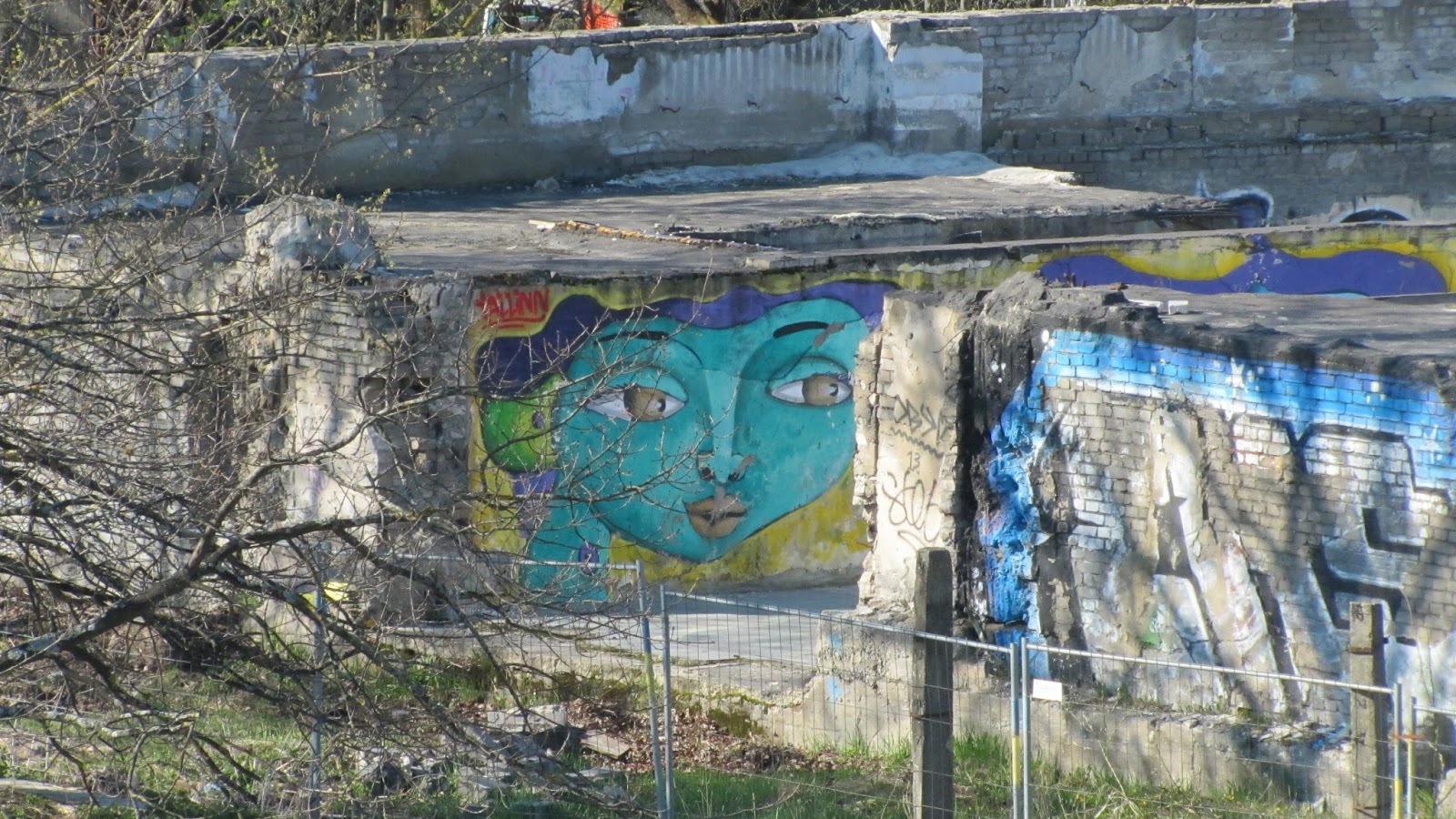 Next to the museum is the Linnahall, which for me quickly became the latest in a long series of “dilapidated buildings Roger quickly becomes obsessed with during a foreign trip.”

It was made worse by having no ready source of information to answer the pertinent question: “What the hell is/was this thing?” 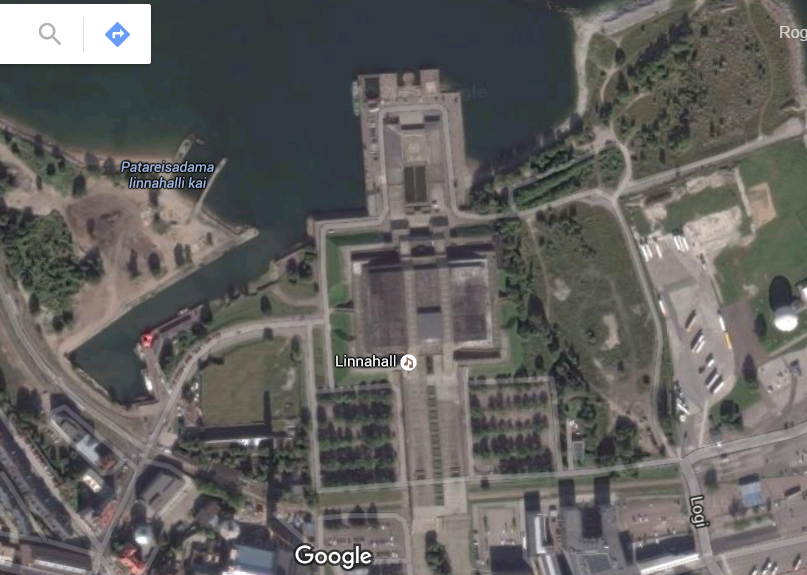 A dizzying YouTube video provides aerial views of the Linnahall and vicinity.

We clambered all over the massive cement pile, which has been likened to a quasi-Mayan monument rising from the Tallinn docklands and is being used only in tiny bits and pieces — a disheveled nightclub and helipad on the Baltic side, and an automotive repair shop tucked into one corner.

First, the scattershot photos — then an explanation, with links for further exploration. 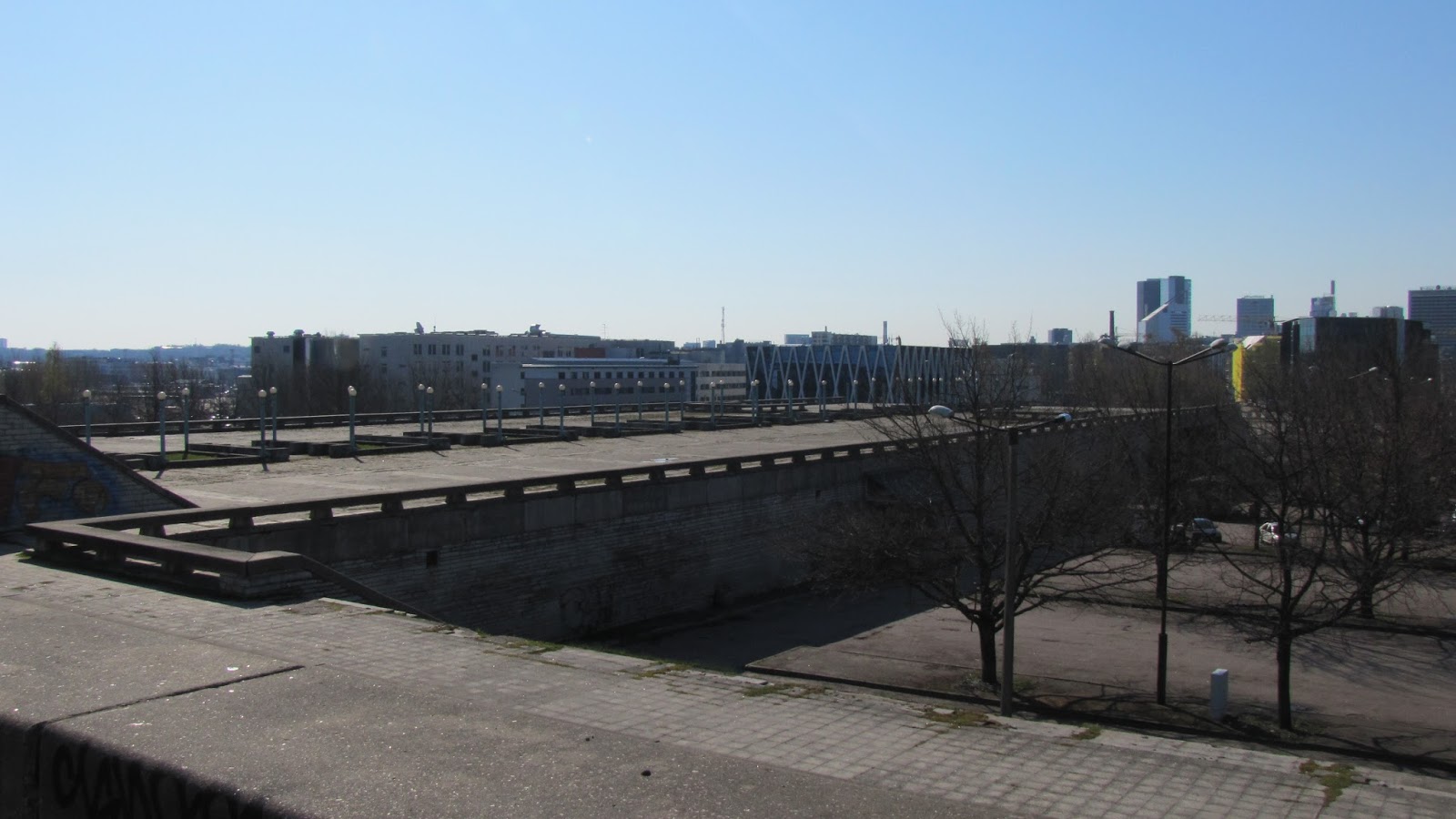 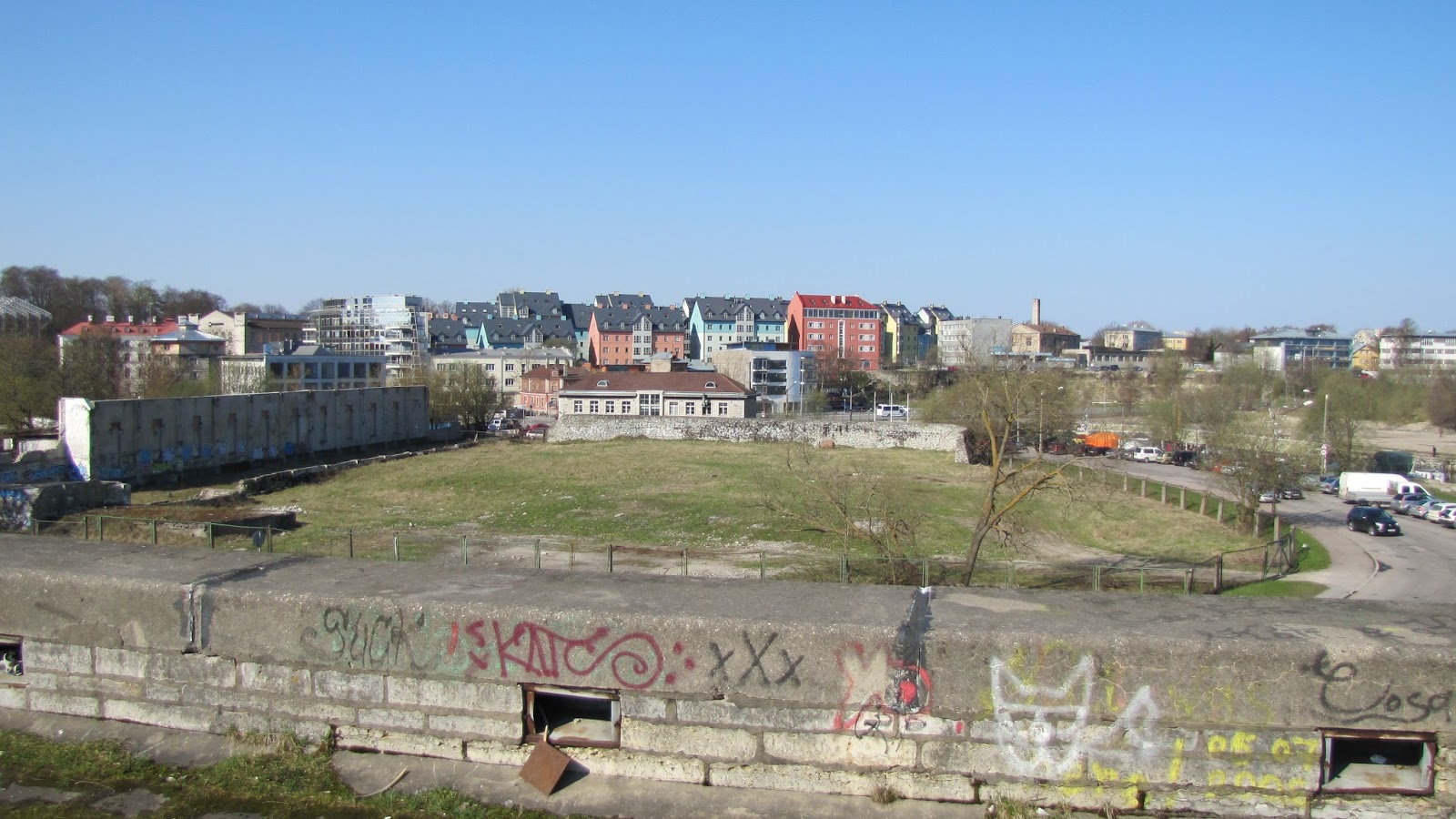 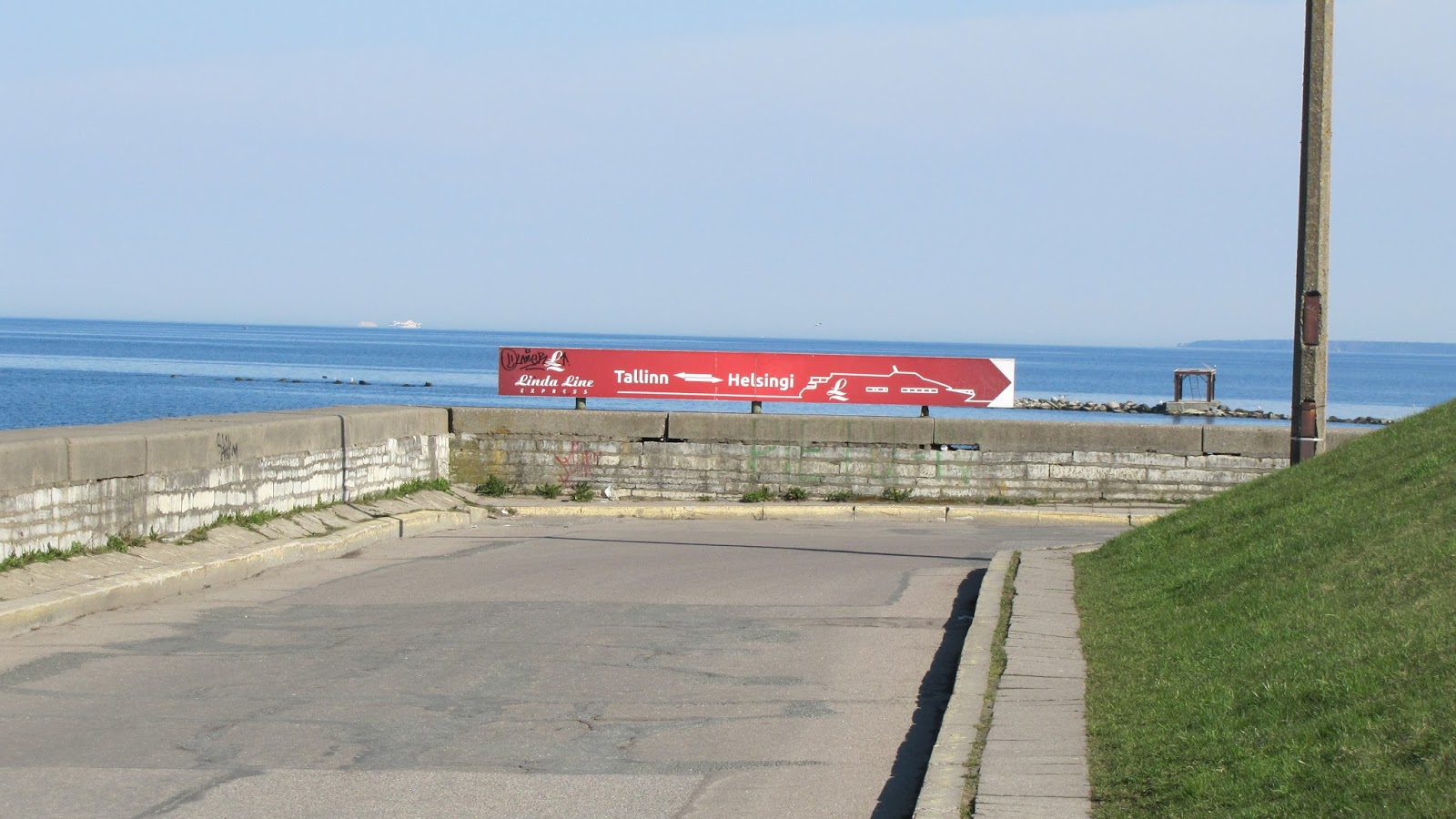 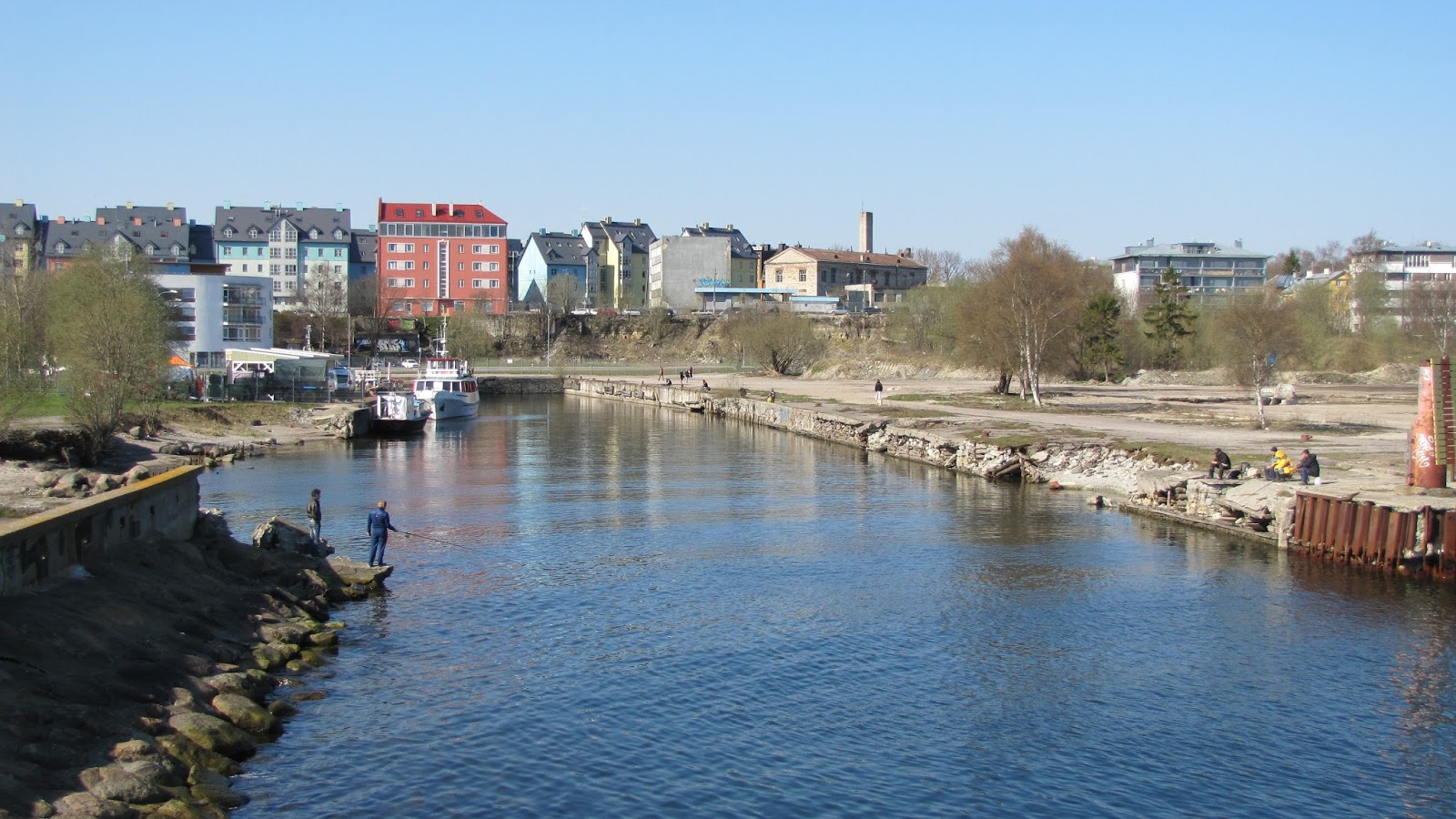 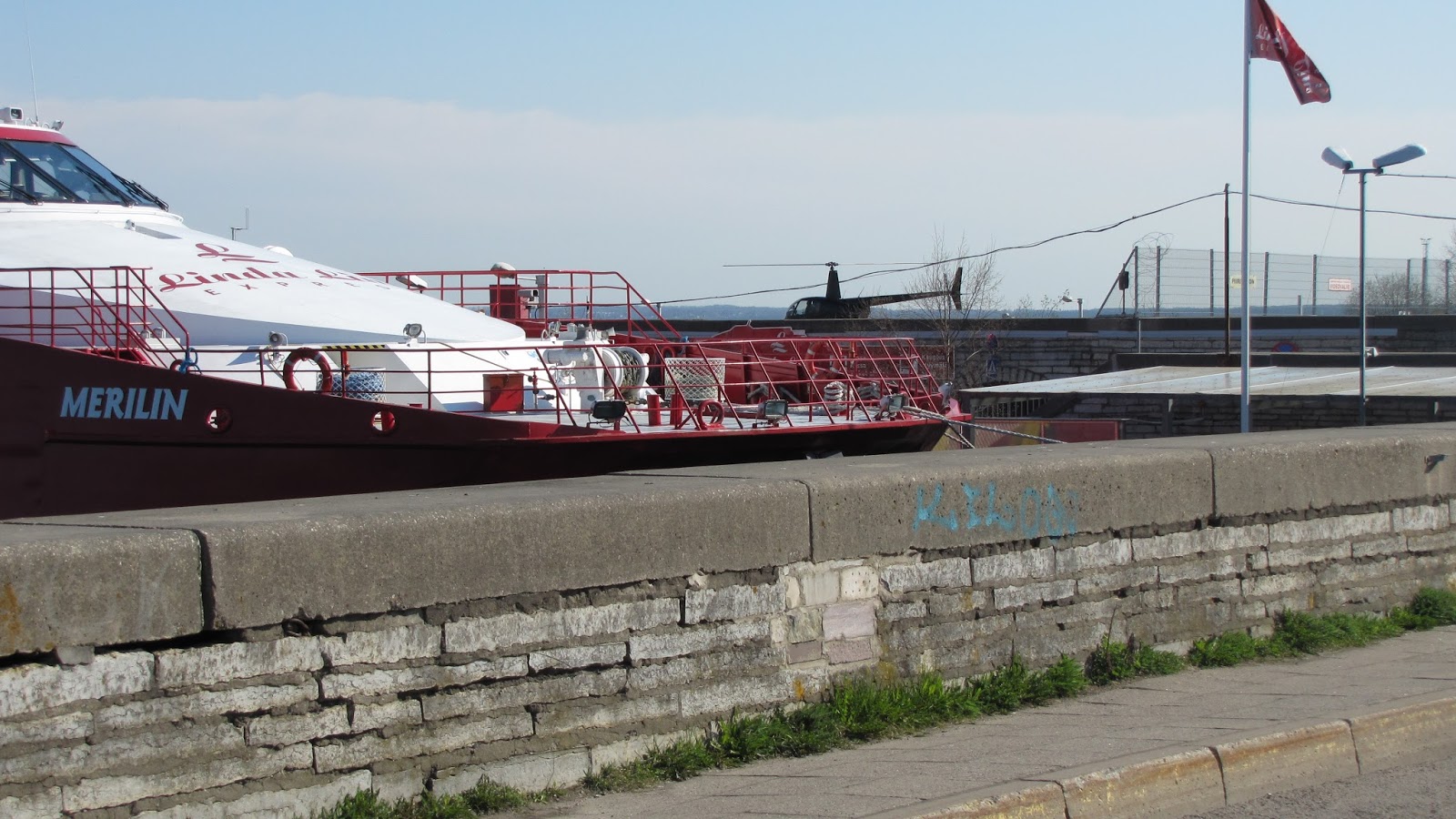 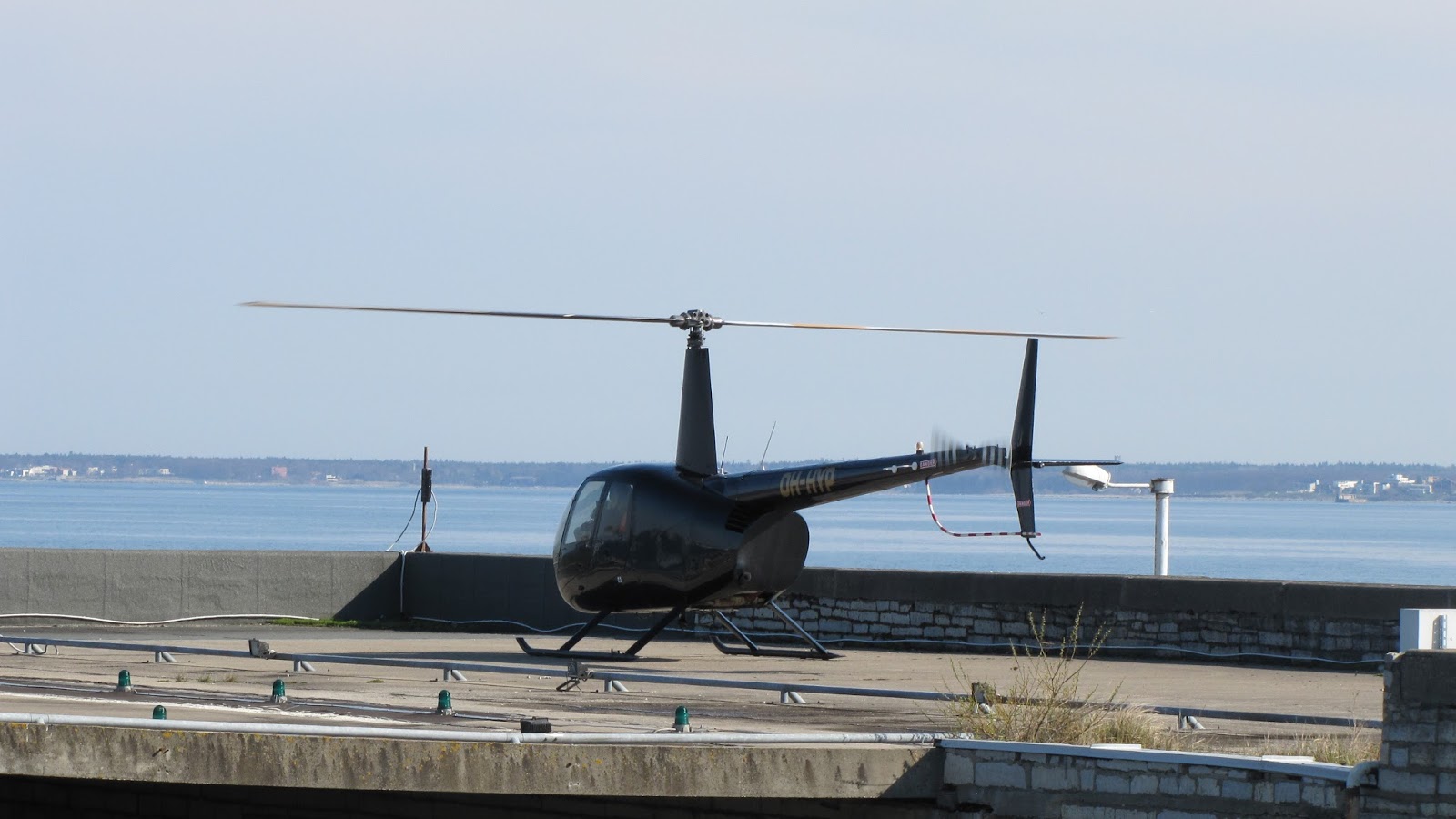 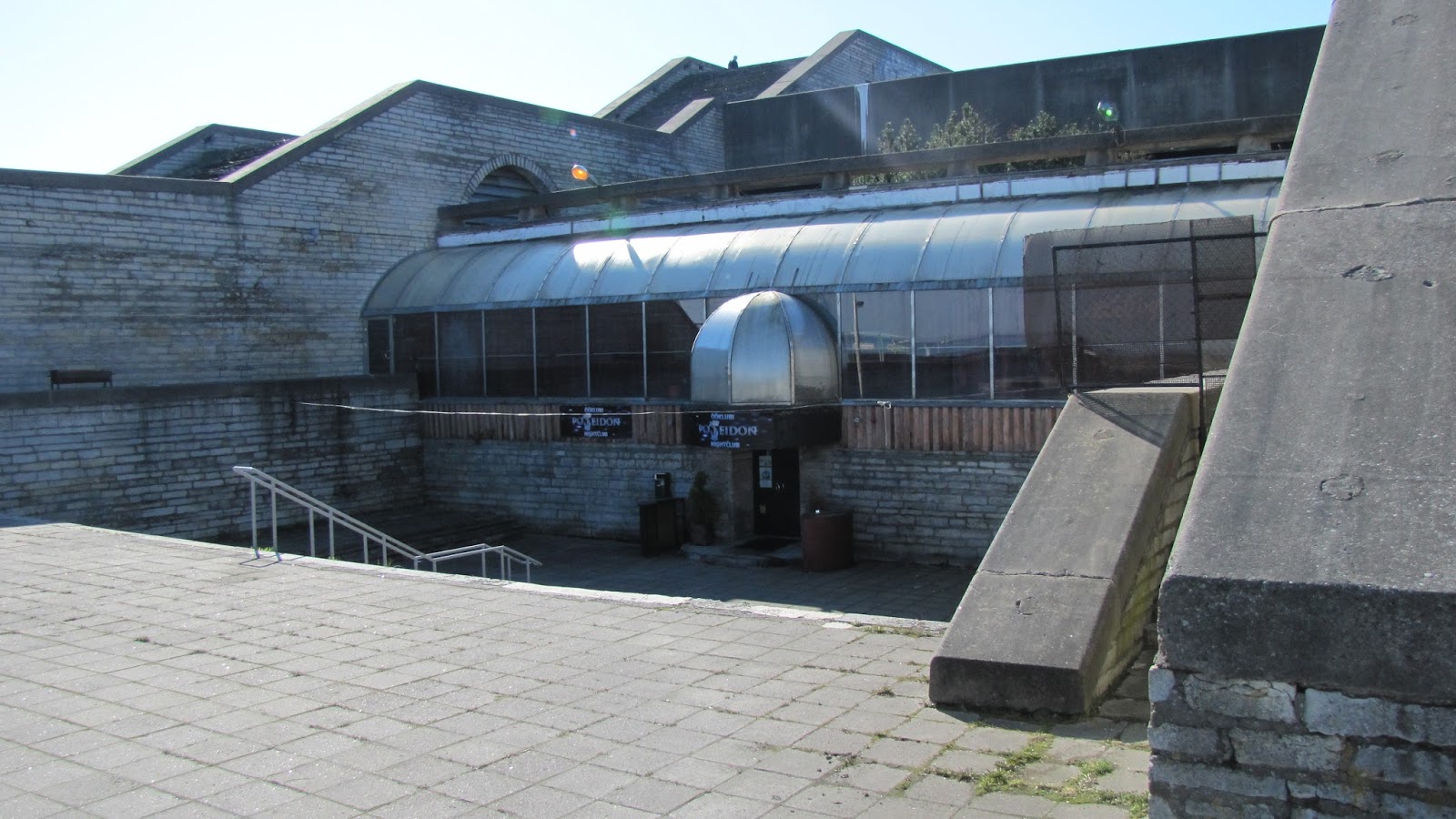 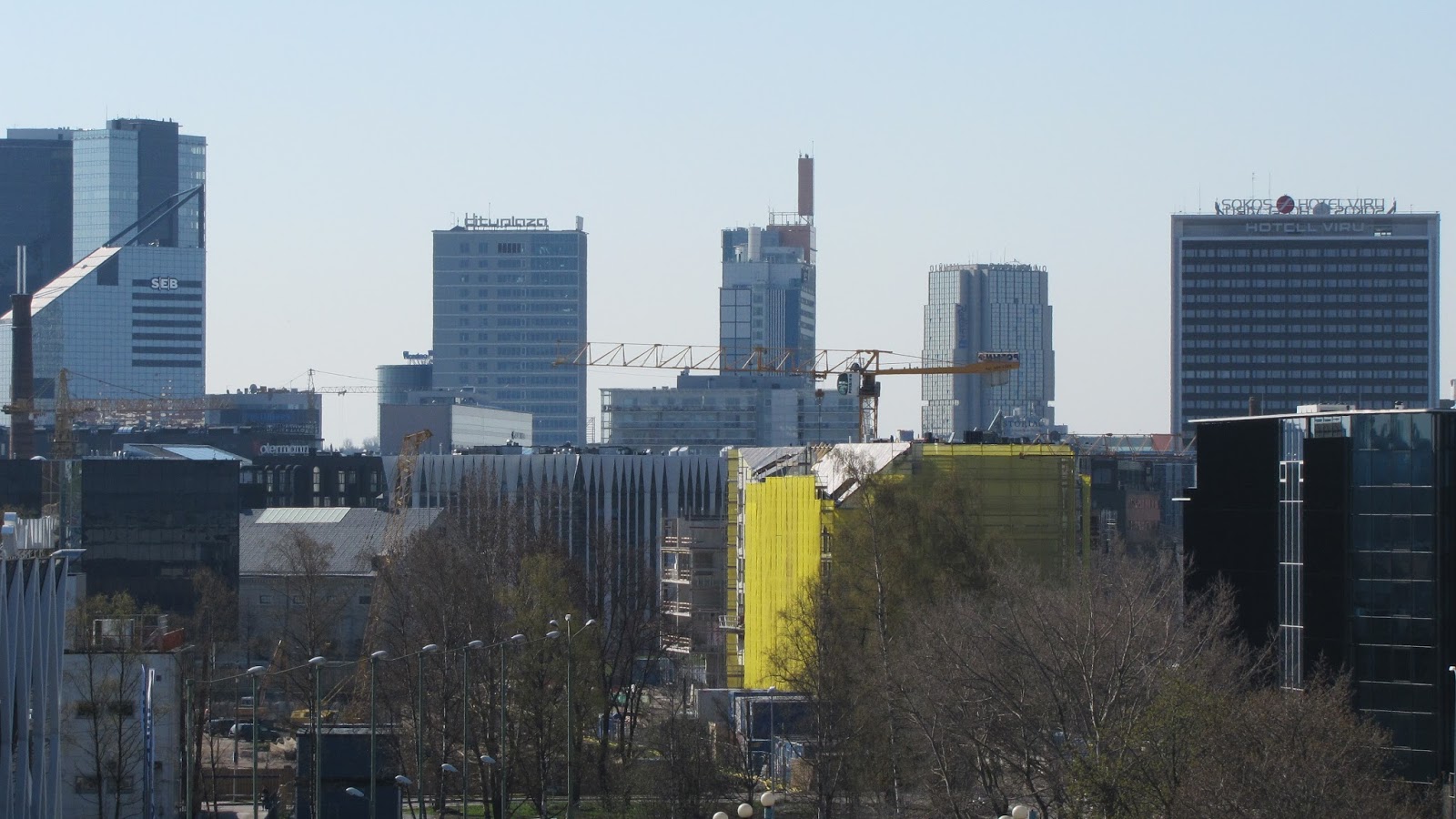 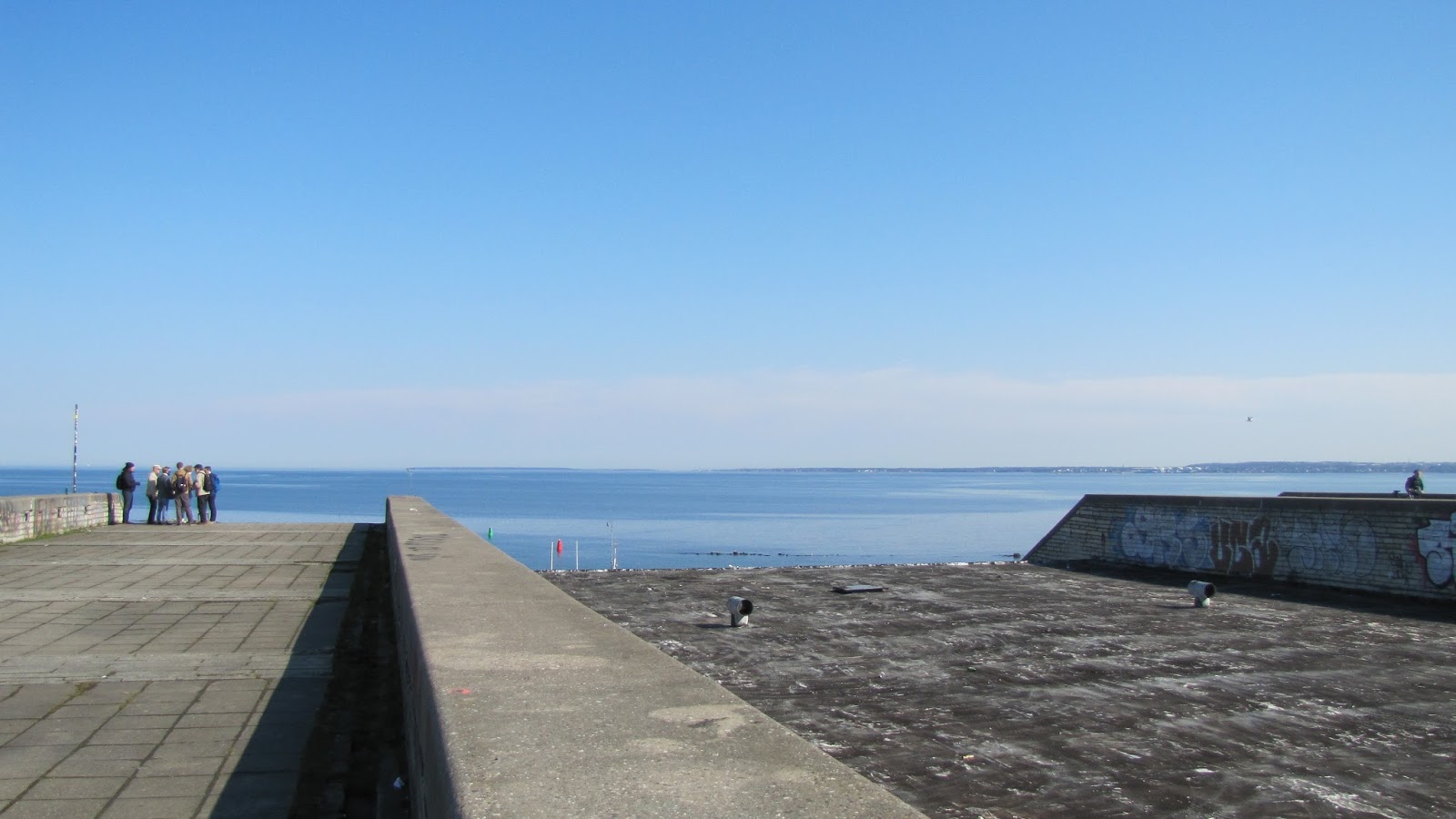 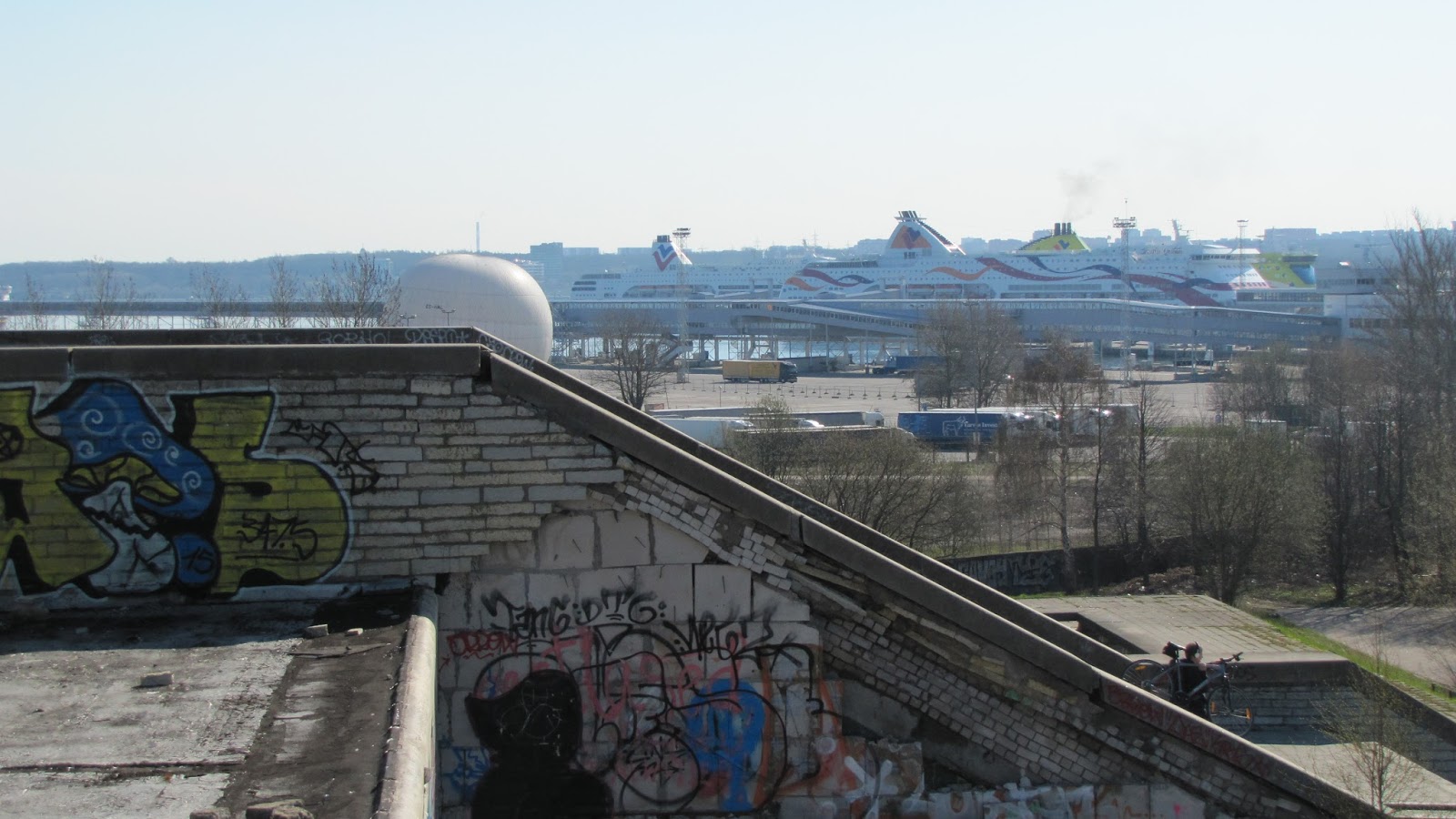 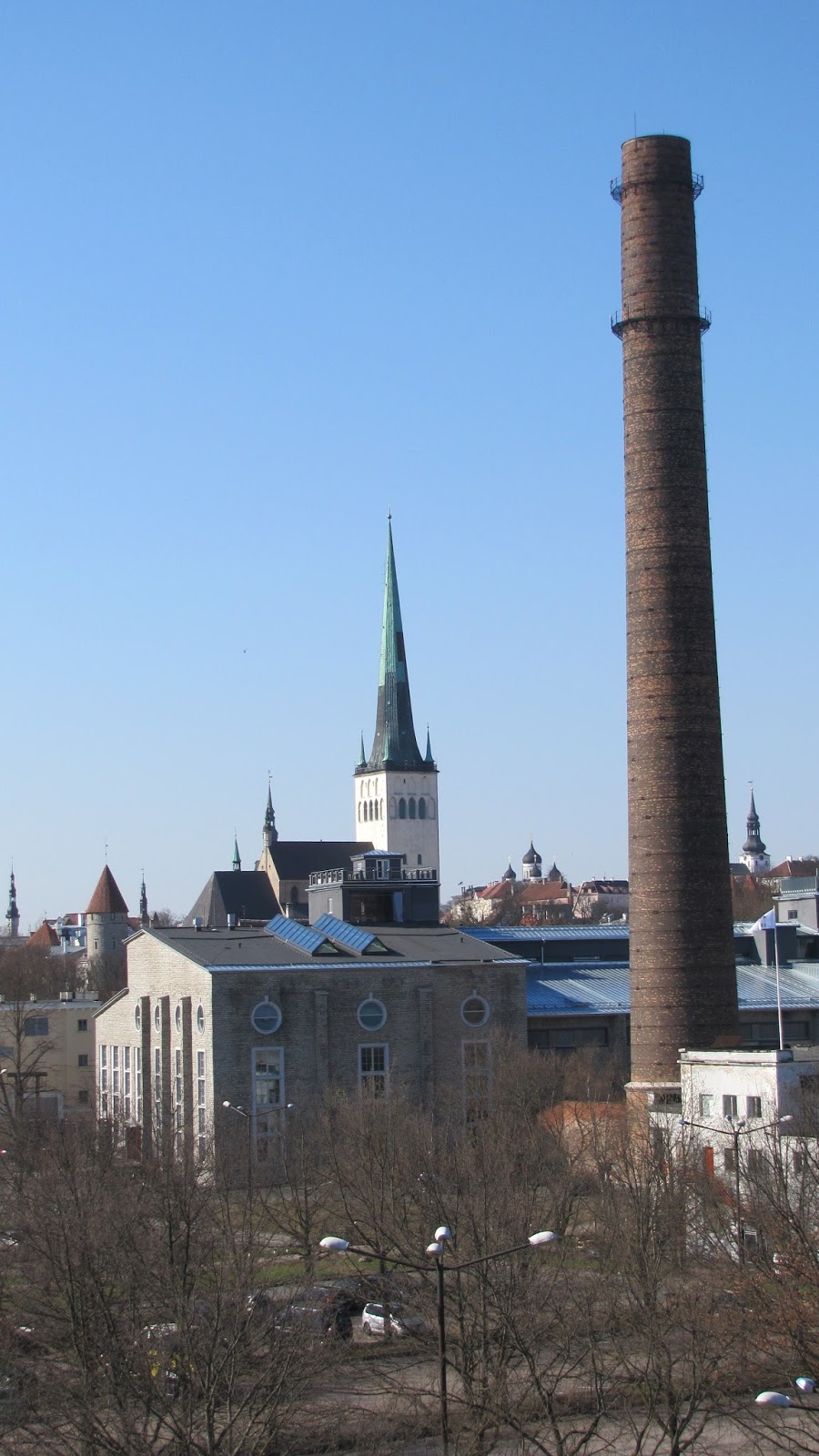 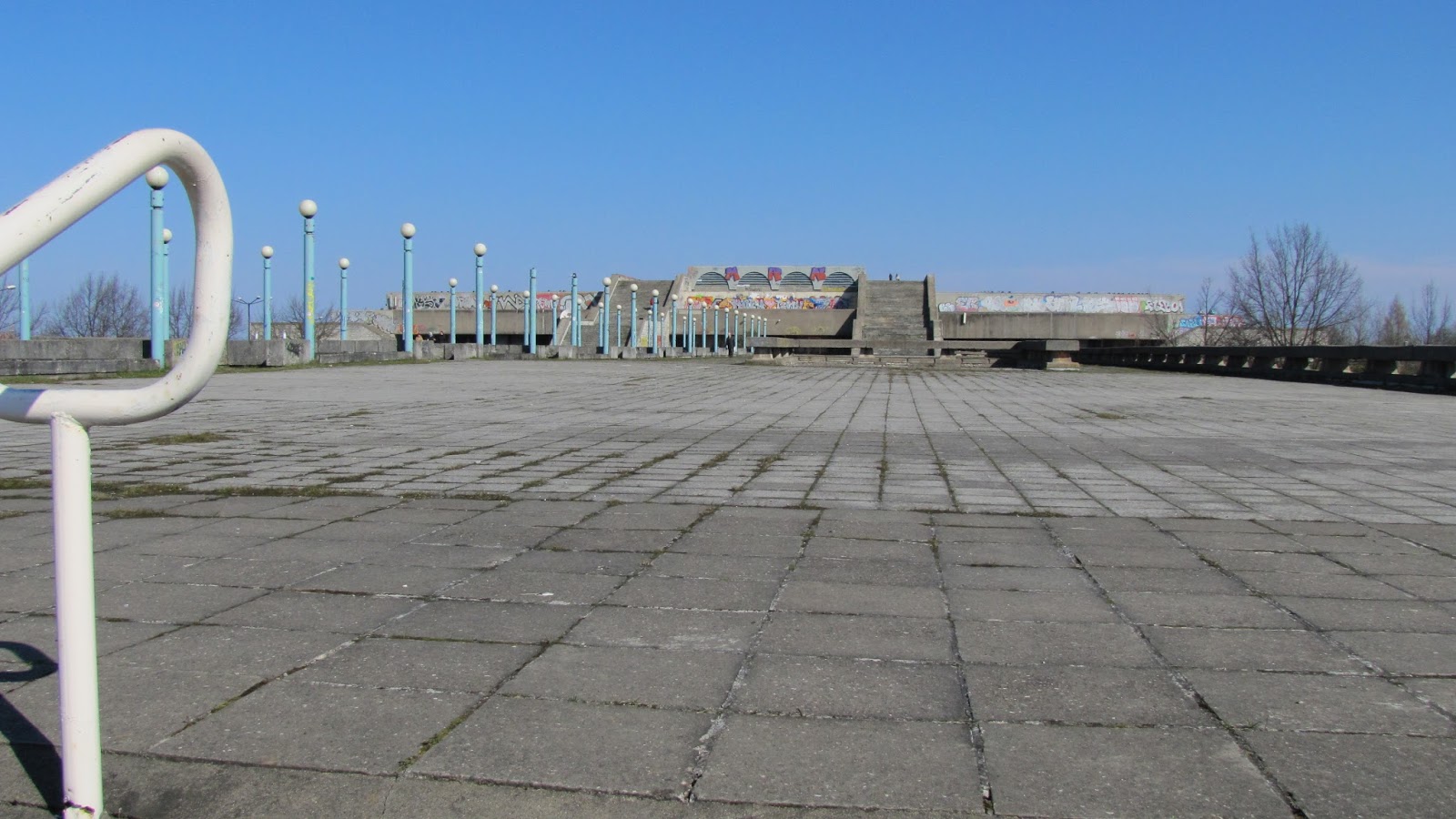 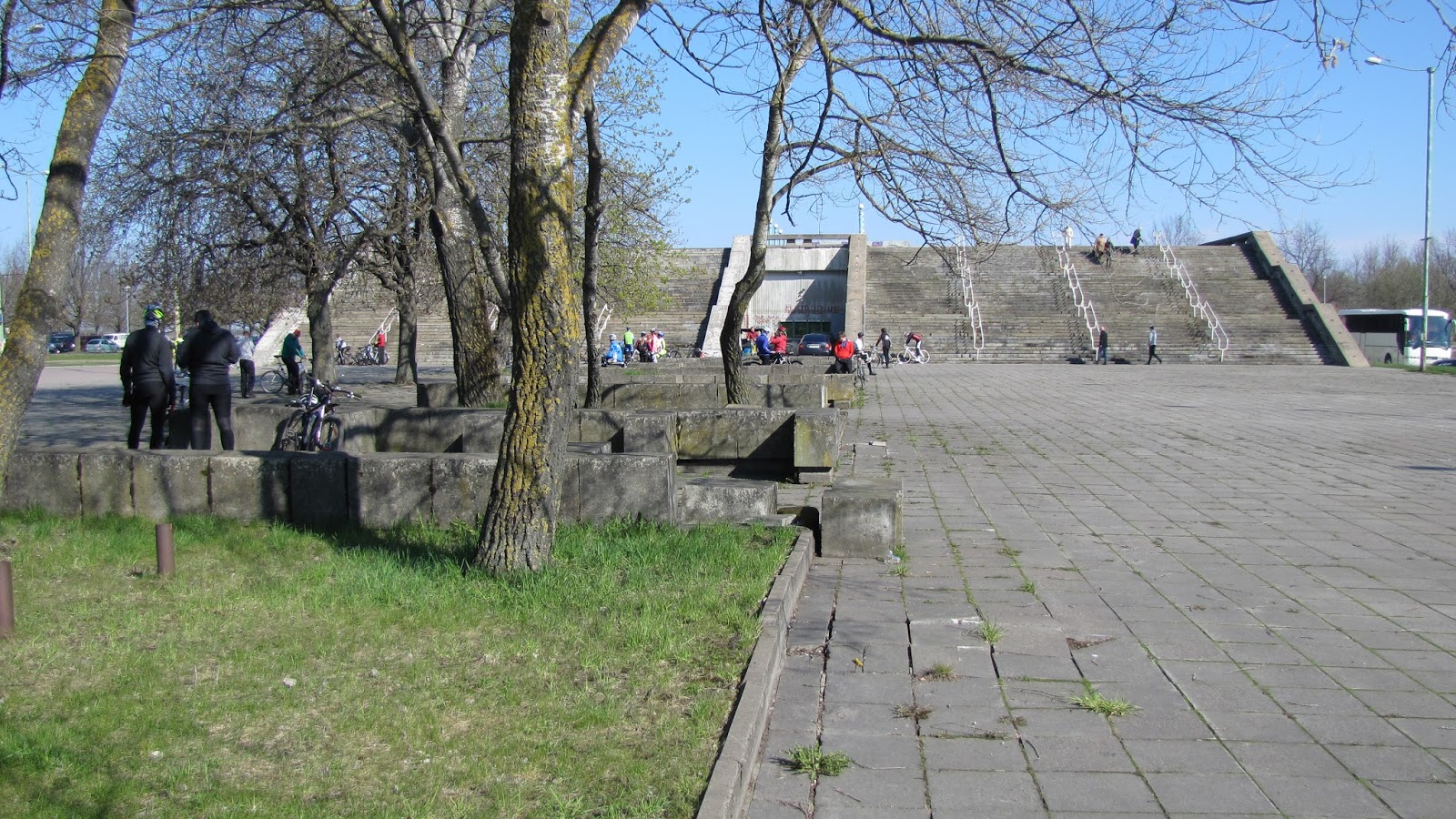 Built for the 1980 Moscow Olympics and originally christened the Lenin Palace of Culture and Sport, Linnahall contains a vast concert arena within its crumbling, much-graffitied concrete hulk. It’s fair to say that the city doesn’t know quite what to do with it. The temple-like structure has heritage protection but it has decayed considerably since closing its doors in 2009 and it acts as a colossal barricade, cutting off the Old Town from the harbour. Recently there’s been talk of converting Linnahall into a conference centre. In the meantime, baffled tourists continue to wander its rooftop walkways and take endless photos to show their friends back home their brush with post-Soviet decay.

The previously mentioned yachting center in Pirita also was part of this construction program for the 1980 Olympiad, when Estonia still firmly was absorbed within the leaden Soviet orbit.

The massive, 5,000 seat amphitheater was commissioned by the Soviet Union to show the world their mastery over concrete-pouring. While the squat cement building certainly showed the world that such a feat was possible, Estonia could not fill the thousands of seats after the Olympic crowds returned home — Atlas Obscura

The ongoing decay makes it hard to see that there actually was a sensible architectural rationale for the Linnahall.

Linnahall is a symetrical monumental slab concrete structure which looks like a pointer from the city to sea. It is designed in a way that the building top which has a very low elevation for an entertainment venue is accessible from the exterior through several staircases. The architect wanted to create a link between the city and the sea without obstructing the view on the silhouette of the medieval old town.

With no better idea how to proceed, the Linnahall has become a “failed architecture” seminar in itself.

Fading appreciation, changing values and demands, associations with troubled pasts, structural decay, rampant property development and other trends can lead to the abandonment, neglect and disappearance of architectural legacy, even that of an entire era. Such was the starting point of the 2012 Estonian contribution to the Venice Architectural Biennale, asking the question ‘How Long is the Life of a Building?’

But crazily, in spite of the exterior’s neglect, this photo from the preceding article shows a pristine interior no longer accessible to the public.

Next: It’s still Saturday (Day Five) and we’re ready for a bus ride and some beers.