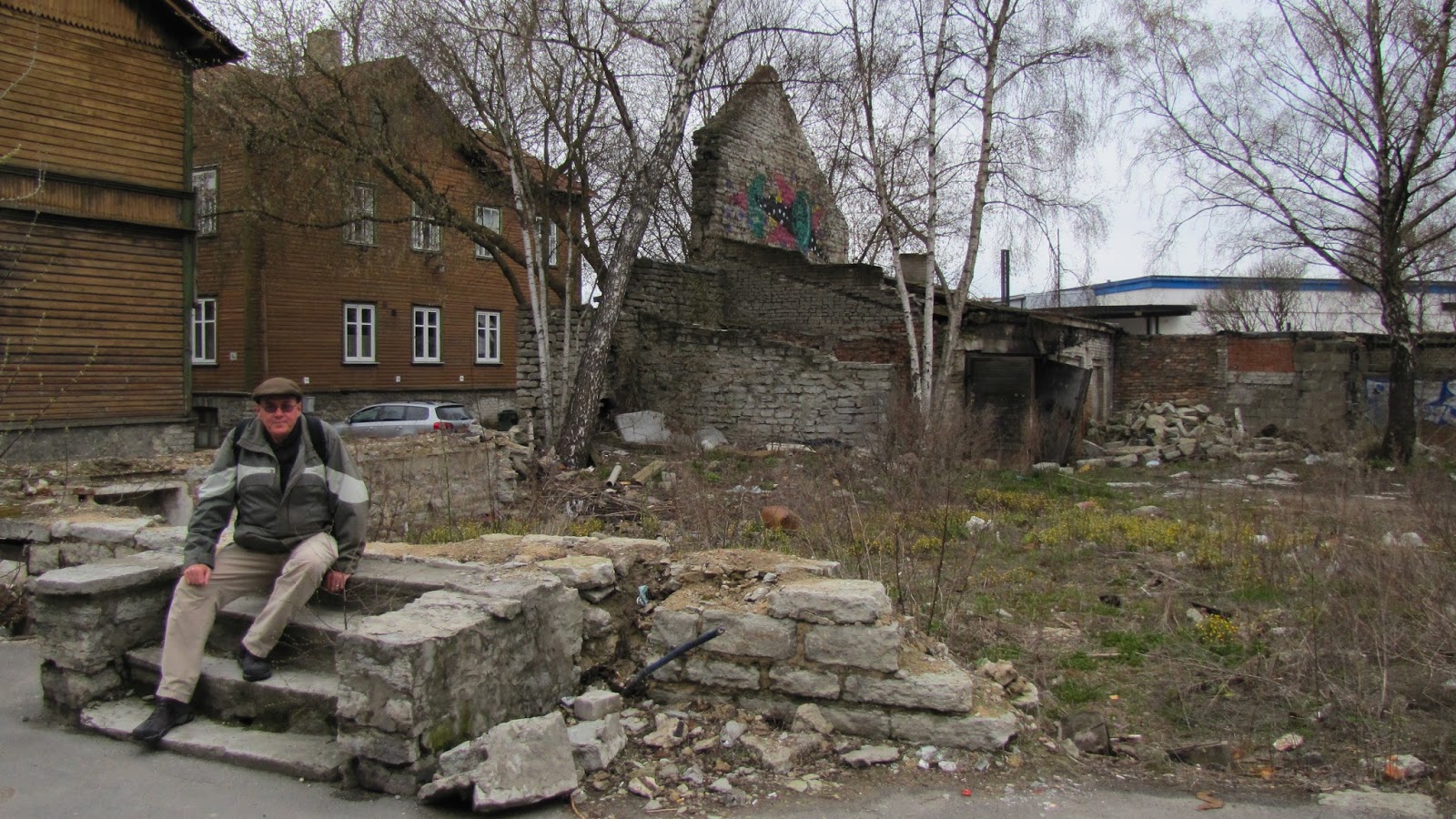 (As is my custom when posting trip summaries, I’m backdating them to the actual day of occurrence. Previously: Day Two)

My wife is a devotee of thrift stores.

As you might imagine, a thrift store constitutes a sociological fusion culture. People shop there because they have very little disposable income, and also because they have too much. There is an aspect of subculture appreciation to the genre. It can be thought-provoking, indeed, and with an occasional fabulous bargain, too.

What do the items on offer at thrift store say about the economy? Which ones come and go as times are better, or worse? Which of us are voyeurs (my hand is raised) and why?

On Thursday morning in Tallinn, we set off on foot to find Paavli Kaltsukas, a thrift store located in the district of Põhja-Tallinn, which lies northwest of the city center and includes the neighborhood of Kalamaja, once Tallinn’s fishing harbor, now gentrifying according to the familiar urban arts incubator (dare we say hipster) model.

The gateway to Põhja-Tallinn is Balti jaam, Tallinn’s central train station. When rail service to St. Petersburg began in 1870, the immediate vicinity was transformed virtually overnight, with factories being built near the rail yards. Between these and the fishing harbor, many wooden apartment buildings and residences were constructed to house the workers. A surprising number have survived. 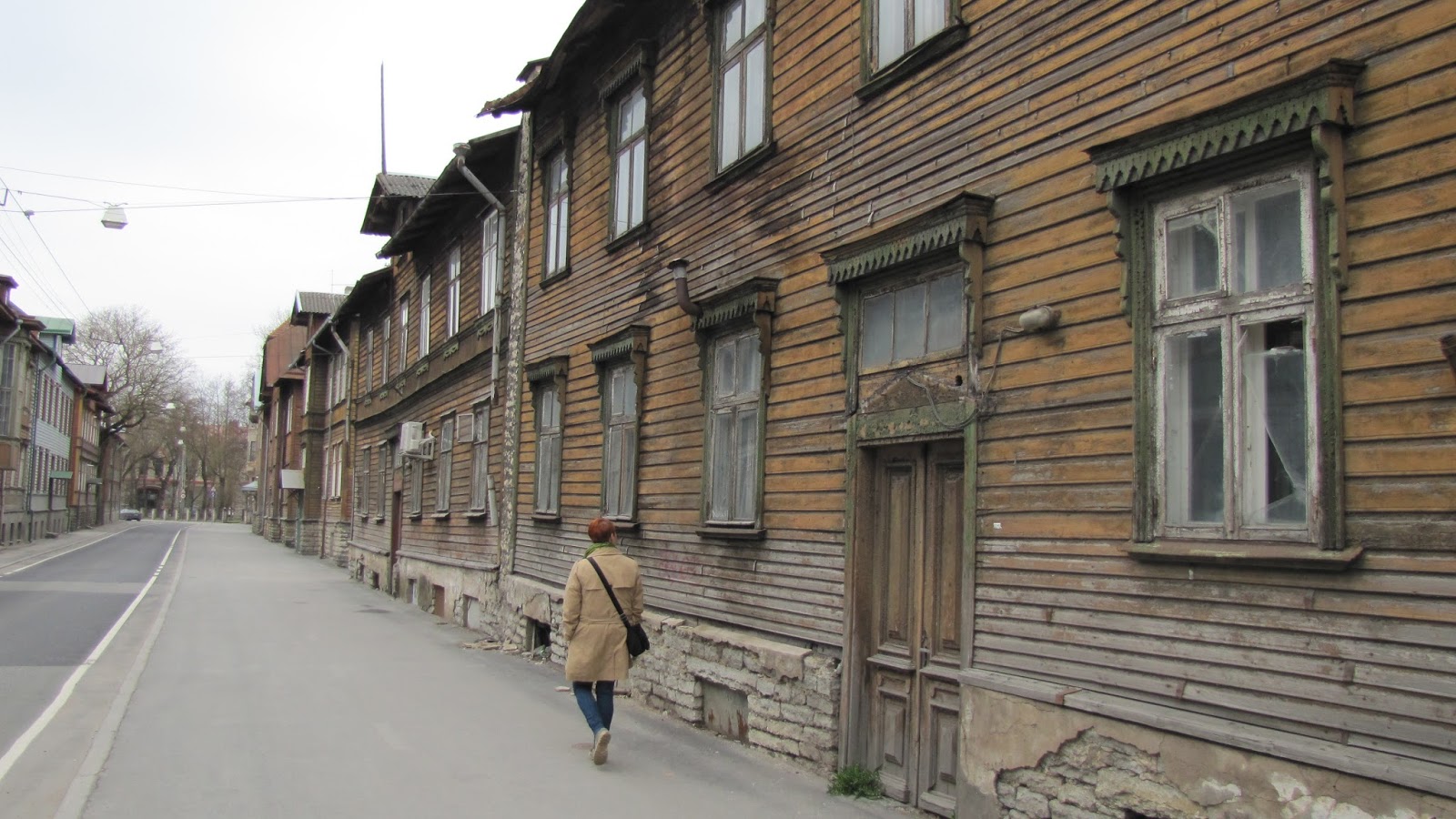 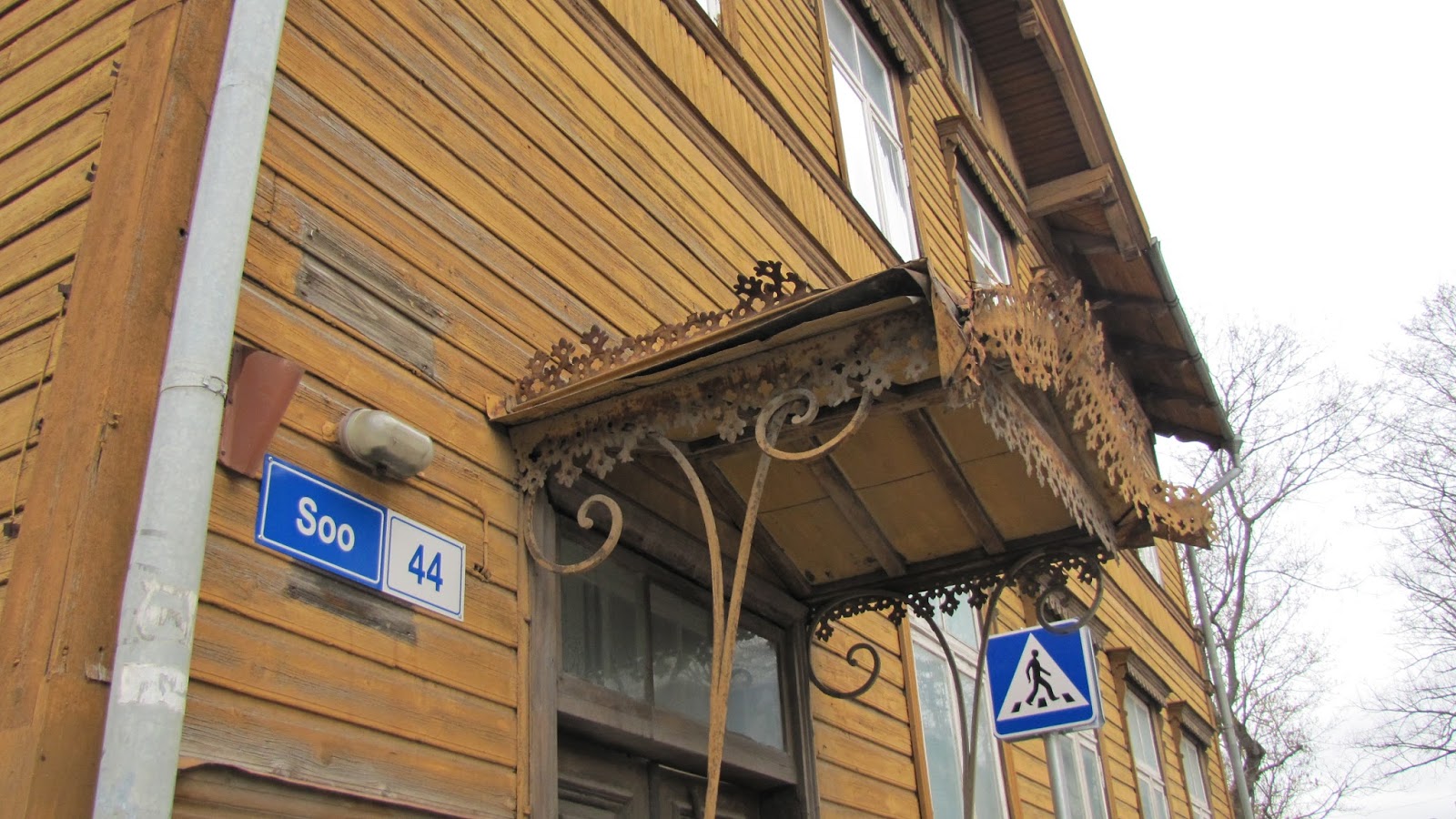 Later, during Estonia’s postwar Soviet period, areas west of this industrial belt were filled with prefabricated housing blocks made of concrete, arranged along broad avenues.

These are fascinating juxtapositions for a visitor, and we experienced them all. My knees haven’t yet recovered.

It took roughly 40 minutes to find the Paavli Kaltsukas thrift store, which is located on a non-through street amid industrial structures being subdivided and repurposed by small business owners. It’s in the center of the Google street view.

We’d left the hotel quite early, and so the thrift store hadn’t opened for business. Fortunately, there was a small eatery on the corner of Paavli and Kopli, just up the way. 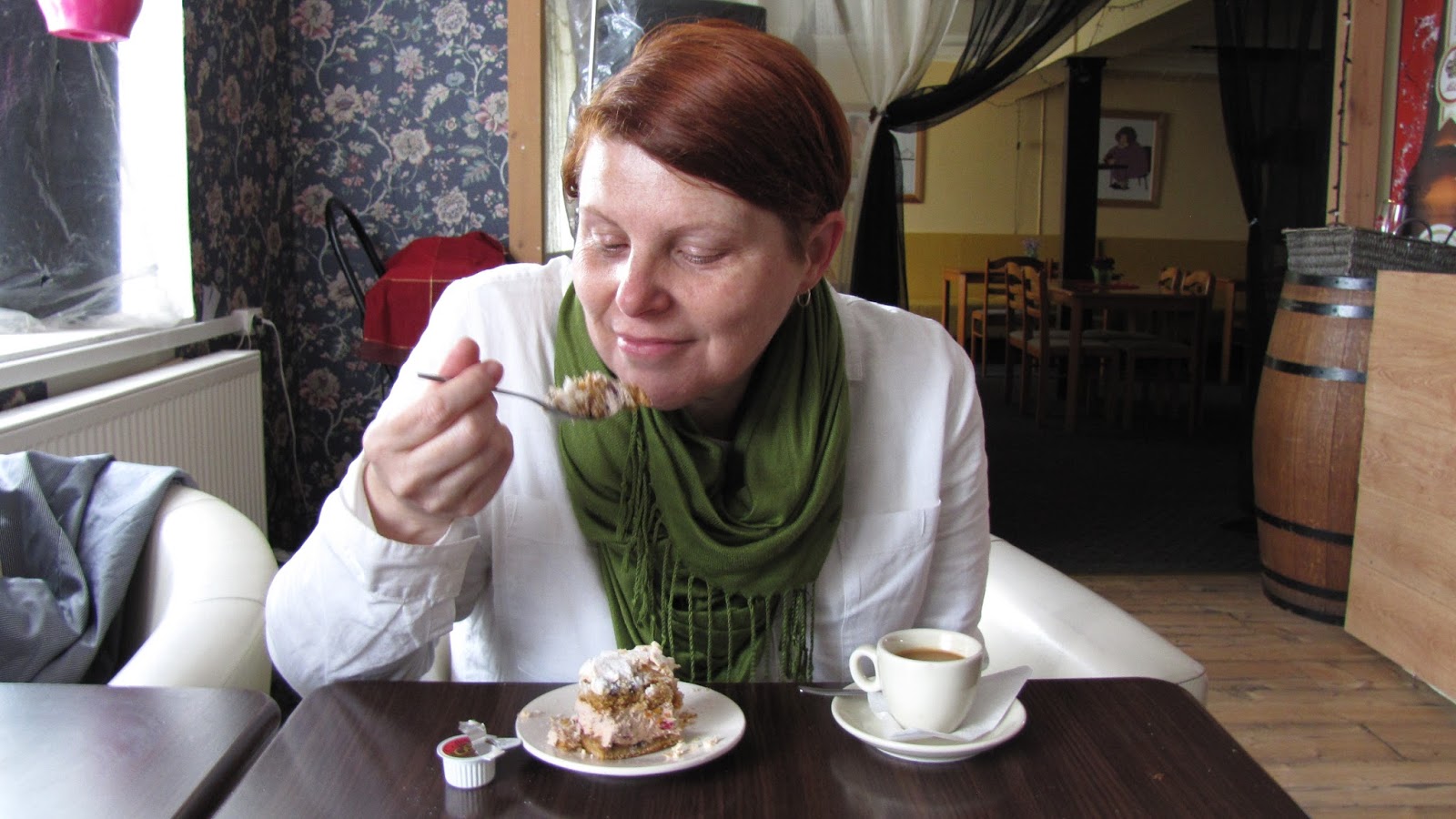 The cakes and coffee were sublime. Returning to Paavli Kaltsukas, there was shopping and attendant frivolity. I refrained from taking photos for the same reason that I dislike photos being taken of me when I shop.

Next came another forty minute stroll, taking us to water’s edge, then back through Kalamaja to the northern extremity of the Old Town. In need of a restorative, we stopped into an establishment called Brewery Õlleklubi, which means Brewery Beer Club. Supposedly five of the taps pour house-brewed beer, though I had my doubts, and RateBeer helpfully indicates that they’re actually relabeled selections from other breweries. 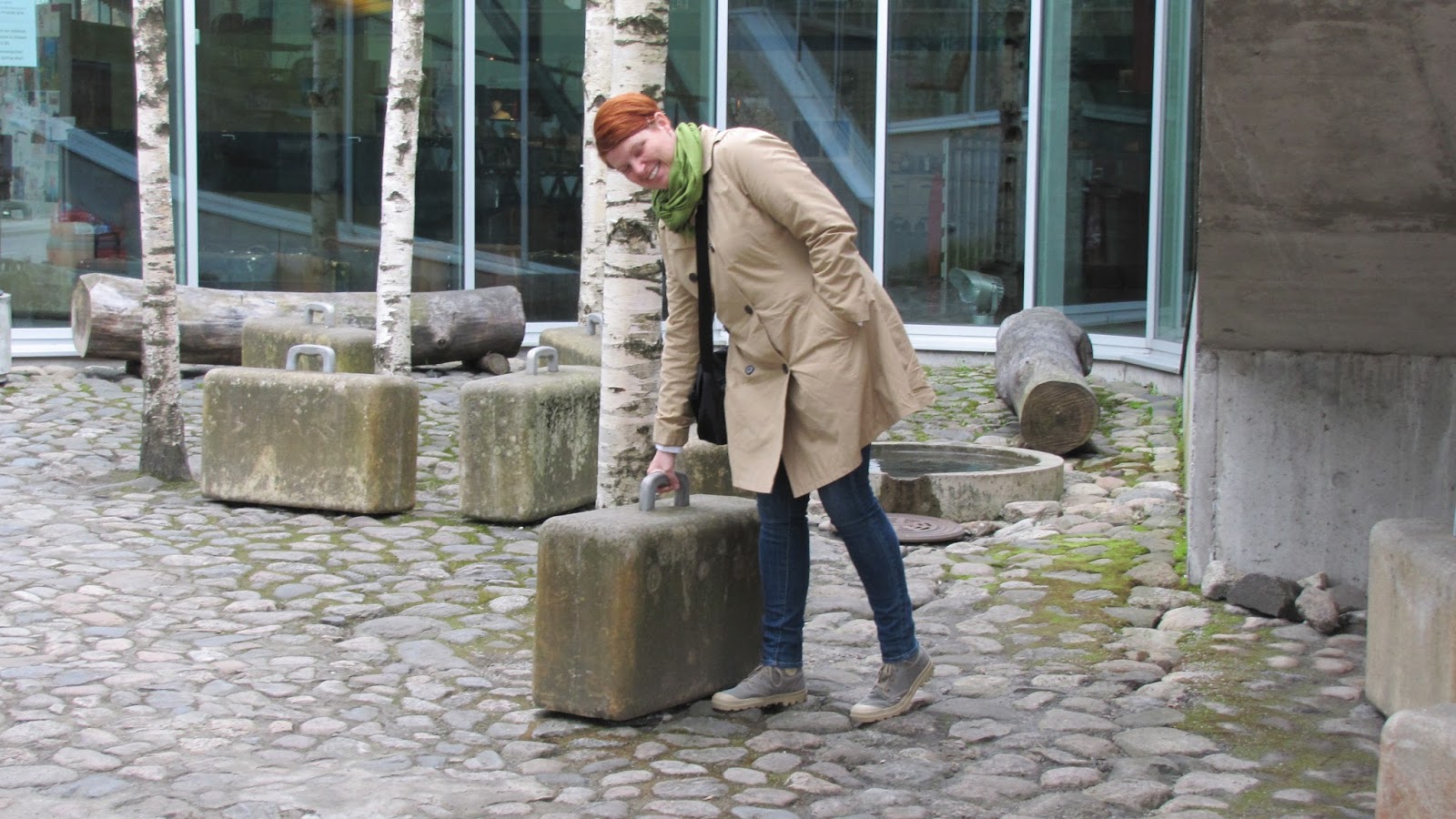 No matter. It was time for a serious museum visit: The Museum of Occupations, and its heavy suitcases.

The Museum of Occupations provides a comprehensive overview of Estonian society during three periods of occupation: the first Soviet occupation 1940–1941, the German occupation 1941–1944, and the second Soviet occupation 1944–1991. Audio-visual displays and photos highlight the events of the era, repression and national resistance, as well as showing how people coped with the day-to-day realities of this difficult period.

Almost 40% of Tallinn’s population is Russian. In the country as a whole, it’s about 25%. In itself, this tells us little. However, given that key elements of Estonia’s national narrative involve subjugation by its neighbors, cultural and linguistic perseverance and a relatively recent, phoenix-like rise from degradation, it’s probably safe to suggest that the presence of so many speakers of Russian, a language regarded by Estonians as imperialistic, generates a degree of cognitive dissonance.

Granted, Stalin deported Estonians to the gulag, too many never to return. The Soviets seized their properties, used them to house ethnic Russians brought to Estonia from the USSR, and in general, acted to “dilute” Estonia.

At the same time, it’s worth remembering that an equal number of Russians died in the fight against Nazi Germany as were killed at the behest of their own government, via forced labor, purges and famine. The number in each instance is 20 million.

As for Russians in Estonia: If you’ve lived somewhere for 65 years … do you belong there yet?

It seems that as time has passed, and with a reconstituted Estonia in the EU and NATO, the old insecurities have abated, and the path for citizenship on the part of the Russian minority has been relaxed. From the start, Estonian citizenship was predicated on fluency in the Estonian language — and it isn’t an easy one to learn. Today, 25 years after independence was peacefully regained, less than 10% of the Russians in Estonia are, in effect, resident aliens. It’s a lot. It’s also an improvement.

I’m in no position to judge any of this, merely to observe it’s a curious thing to maintain a Museum of the Occupations in a city where a sizable portion of the occupiers never left. Not bad or good, just weird. 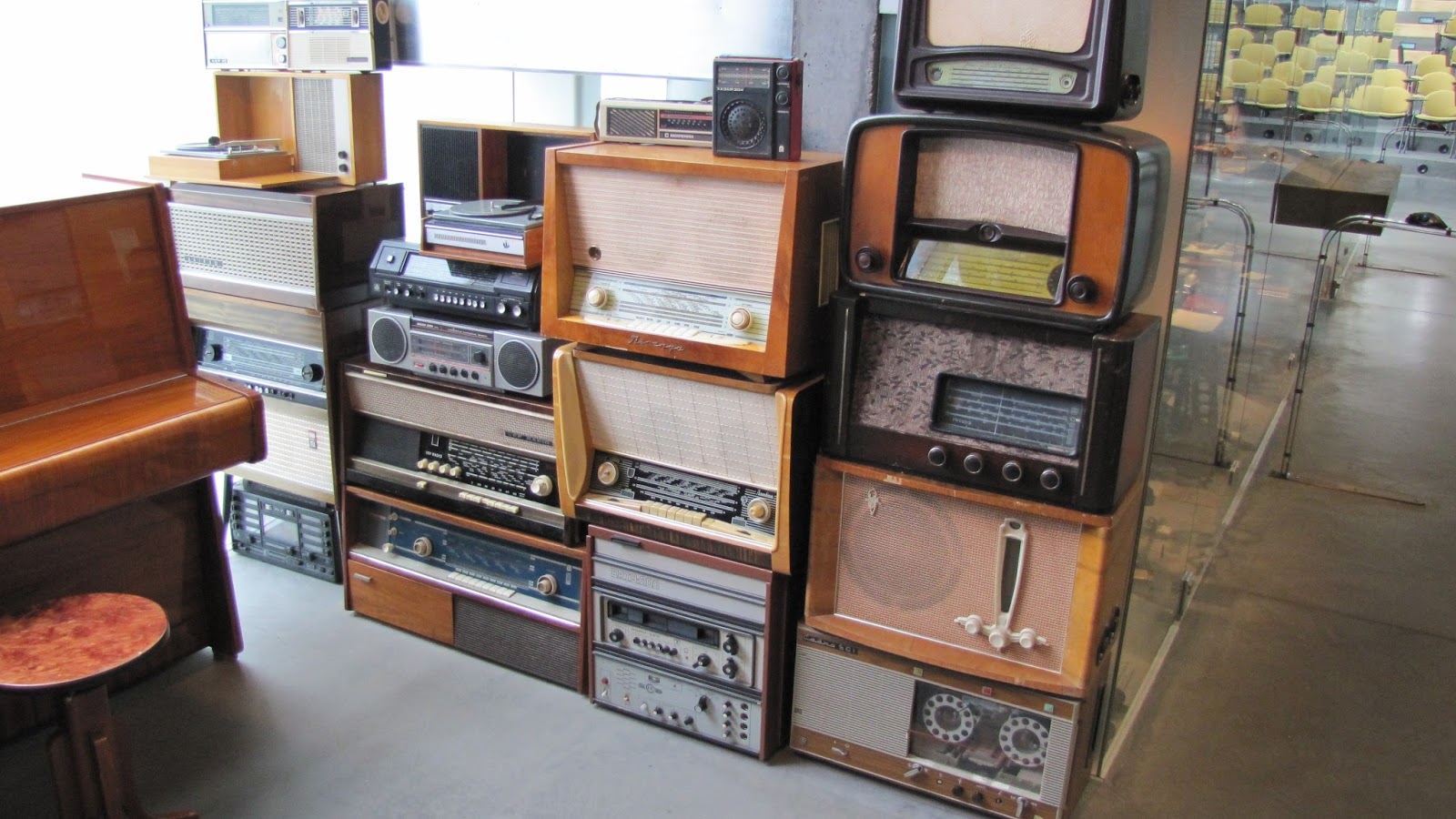 Soviet-era radios and audio equipment are among the many artifacts at the museum. Video presentations in English make it easy to understand what happened. 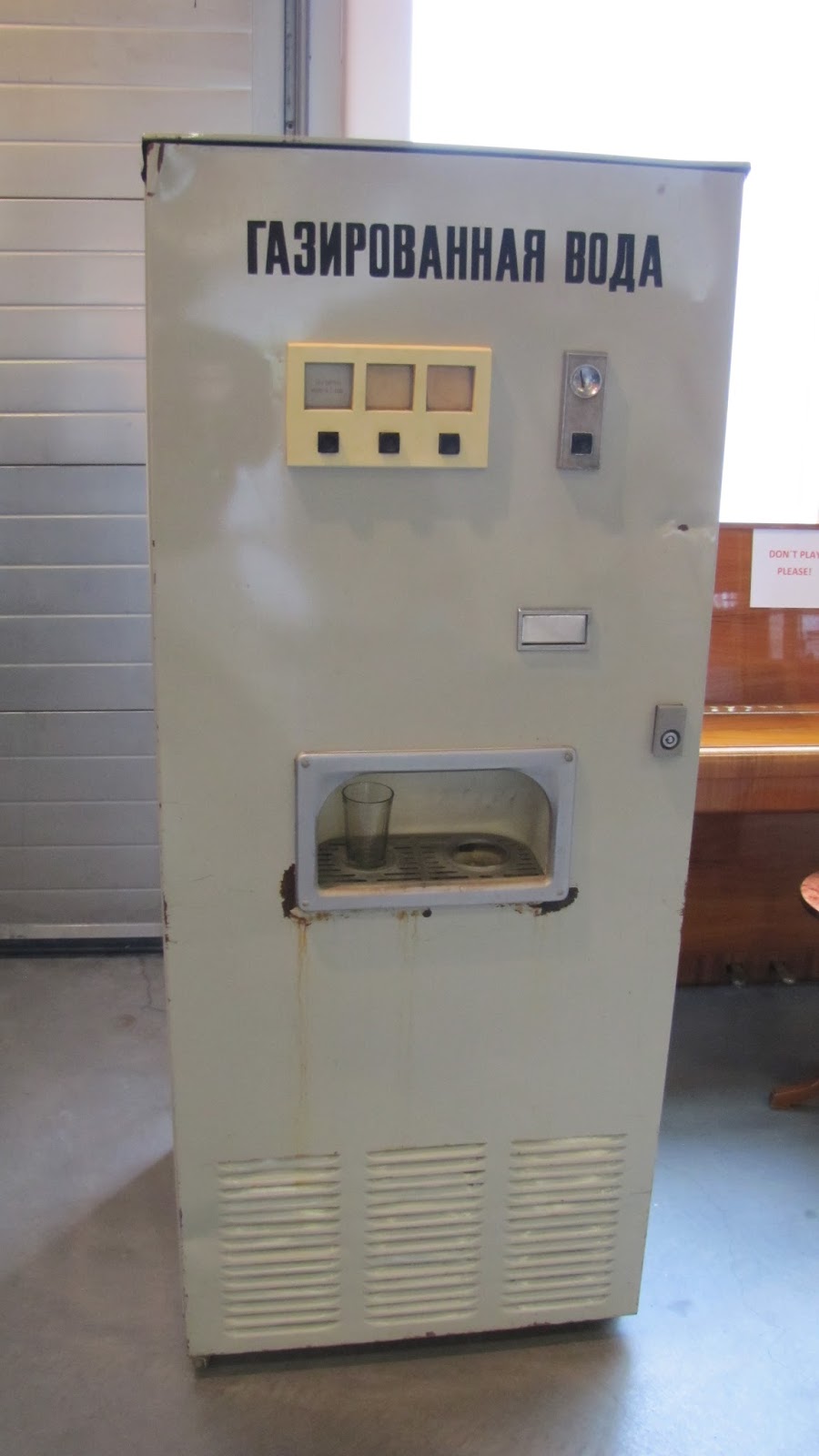 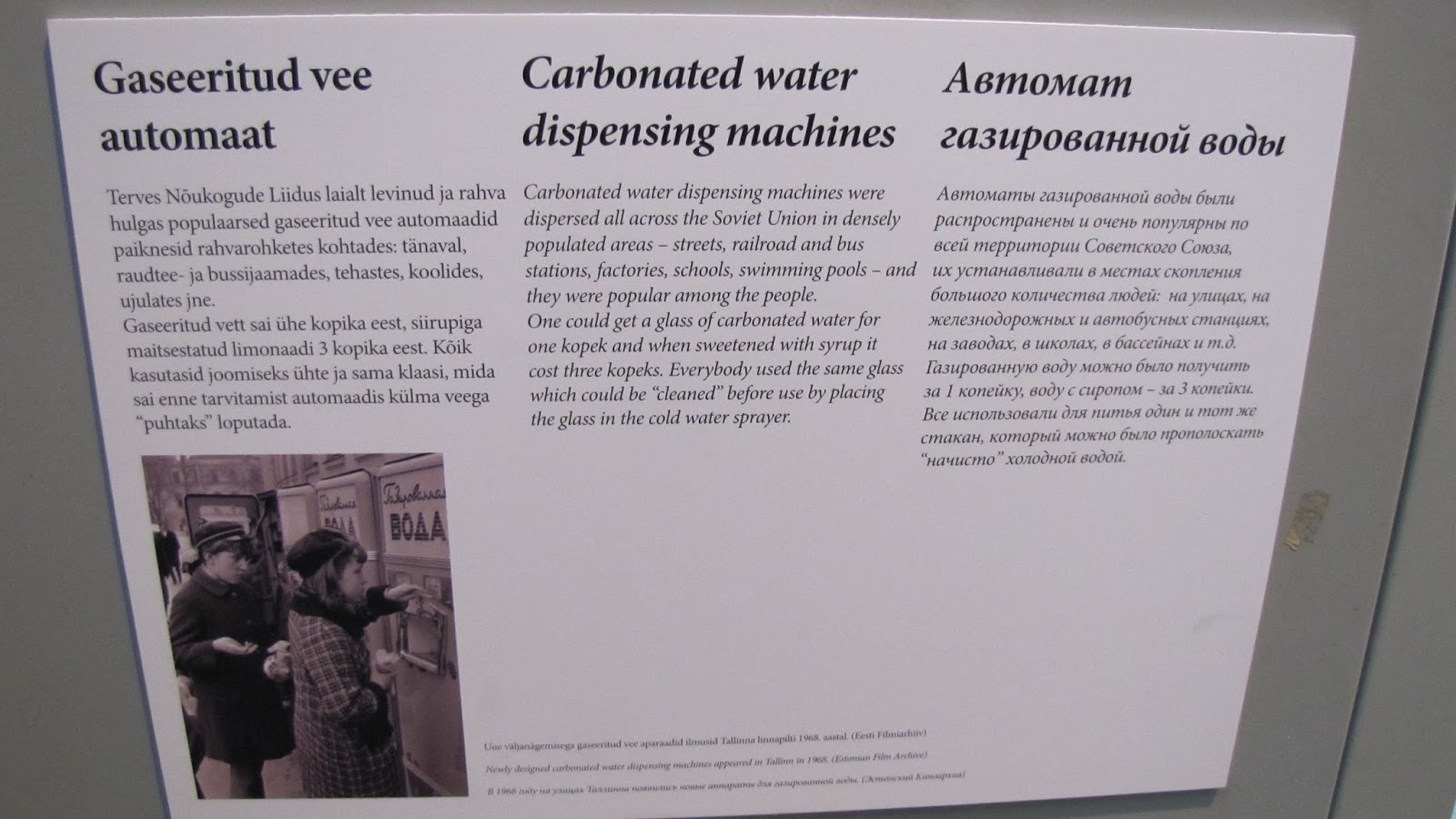 I first encountered this model of Soviet fizzy water vending machine in Leningrad in 1985. Yes, it’s a communal cup made of glass. Sometimes there was more than one cup, often not. You used it, or you stayed thirsty.

In the end, the Museum of the Occupations probably exists so that future generations won’t forget. It’s hard for me to find fault with that. 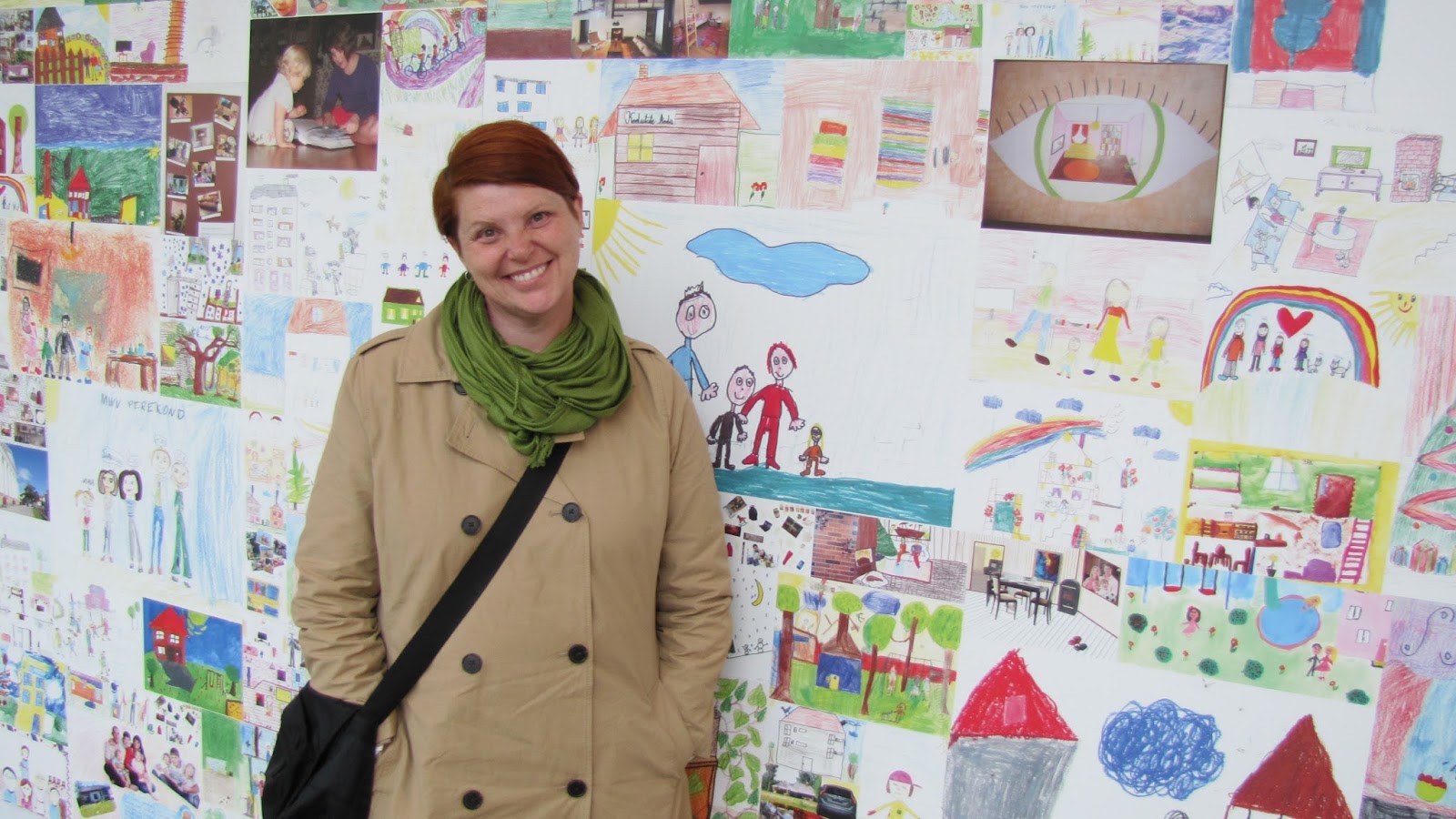 Next: Friday (Day Four), as we take a walk on the beach and have lunch with a view.