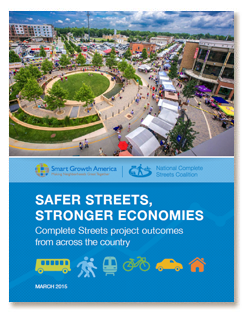 What it looks like to Jeff Gahan is complete and utter  incomprehension.

Will the Obama administration prod state DOTs to abandon the destructive practice of widening roads and highways, or will it further entrench policies that have hollowed out cities and towns, increased traffic and car dependence, and made America a world leader in carbon pollution?

It can’t be stated any more clearly:

There’s a direct connection between how we decide to measure [congestion] and how we choose to address it. If we focus, as this rule does, on keeping traffic moving at a high rate of speed at all times of day on all types of roads and streets, then the result is easy to predict: our solutions will prioritize the investments that make that possible, regardless of cost vs. benefits or the potential impacts on the communities those roads pass through.