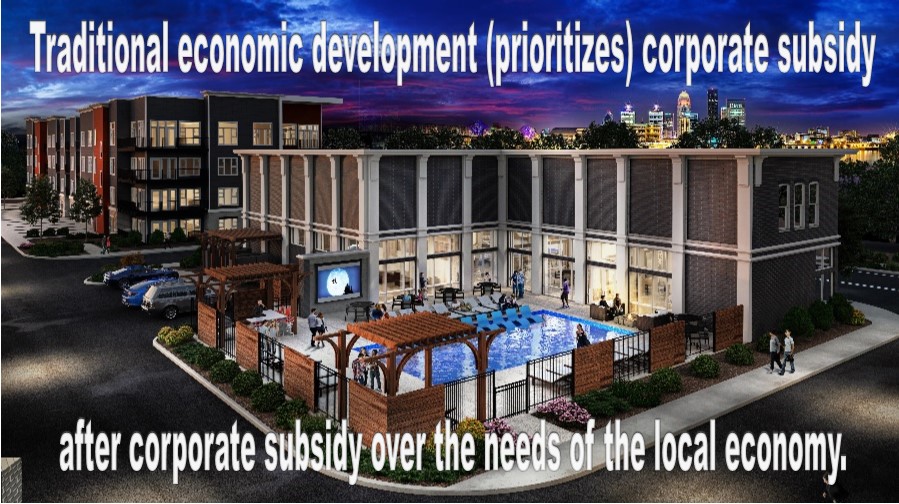 In Louisville, the out-of-town developer menacingly waves the gun.

In New Albany, we helpfully excise the “armed” segment of the forthcoming robbery by approaching the out-of-town developer, offering the city’s wallet, and subsequently hailing the transaction as another successful “public-private partnership.”

There may be a slight difference in degree, though I may need a bout of daytime drinking to locate it.

Edwards Companies, a developer from Columbus, Ohio, has proposed major new projects at the sites of the Phoenix Hill Tavern and Mercy Academy. The company has already cleared the Mercy property.

Now, after city officials agreed to offer the company $7.5 million in tax incentives, Edwards is asking for nearly $3 million more – and suggesting it will abandon both properties without it.

After all, why spend your own money when other people’s money is available?