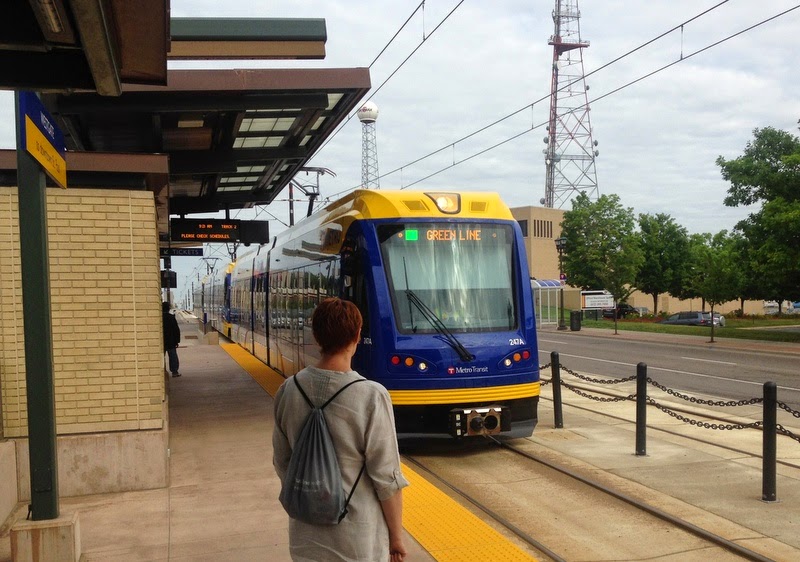 Light rail is a commonly used mode of public transit in North America. The term light rail was coined in 1972 by the Urban Mass Transportation Administration (UMTA; the precursor to the U.S. Federal Transit Administration) to describe new streetcar transformations which were taking place in Europe and the United States. The Germans used the term Stadtbahn, which is the predecessor to North American light rail, to describe the concept, and many in the UMTA wanted to adopt the direct translation, which is city rail. However, in its reports the UMTA finally adopted the term light rail instead.

Then, on to the writer Dunman’s customarily persuasive case.

On April 14, Mayor Greg Fischer unveiled “Move Louisville,” which is Louisville Metro Government’s transportation plan for the next two decades. In its opening pages (alongside the photo of a smiling, bike-riding Fischer), the plan states its primary goal: reducing “vehicle miles traveled.” In other words, Louisville’s goal over the next 20 years is to get us to drive less …

If you truly want to decrease car reliance through alternative means of transit, you have to give commuters an option that provides shelter from the elements but also moves them around on a predictable schedule independent from other traffic. That option is rail.

But Move Louisville includes no plan for any kind of rail-based transit, which Mayor Fischer dismissed as unrealistic because of our city’s overall low population density.

Granted, he’s right. Much of Jefferson County has very low density, mostly because our planning policies for the past 60 years have financially incentivized sprawl or outright required it as a matter of zoning law. But just because rail transit may not make sense for every square mile of Louisville Metro, it certainly makes sense along certain routes.