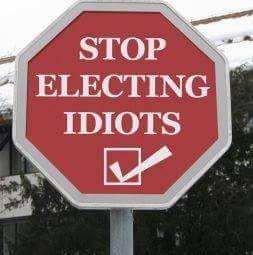 I made this point last October, and the departing editor actually agreed with me, so this time I’ll be very gentle. If the newspaper is going to have election information, which is good, then the articles need to begin before voting starts. The following appeared yesterday (April 18). Early voting began at the clerk’s office on April 5. The release of the newspaper’s questionnaire still seems timed to occur just before people “go” to the polls — except by then, they’ll have been going to the polls for almost a month.

NEW ALBANY — John Schellenberger and Cam Wright are both members of the Floyd County Council and the two are political allies on paper — both are Republicans.

But next month, the two will square off in the primary race for Floyd County Commissioner District 2. The winner will face Democratic incumbent Chuck Freiberger in the fall.