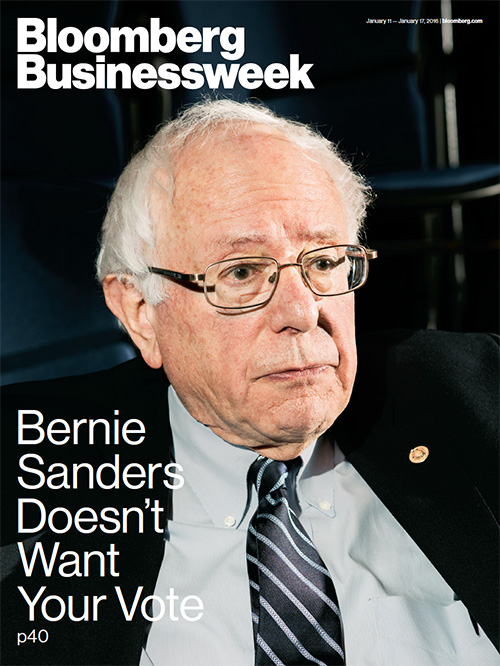 Bernie Sanders for President at The Nation

A year ago, concerned that ordinary citizens would be locked out of the presidential nominating process, The Nation argued that a vigorously contested primary would be good for the candidates, for the Democratic Party, and for democracy. Two months later, Senator Bernie Sanders formally launched a campaign that has already transformed the politics of the 2016 presidential race. Galvanized by his demands for economic and social justice, hundreds of thousands of Americans have packed his rallies, and over 1 million small donors have helped his campaign shatter fund-raising records while breaking the stranglehold of corporate money.

Sanders’s clarion call for fundamental reform—single-payer healthcare, tuition-free college, a $15-an-hour minimum wage, the breaking up of the big banks, ensuring that the rich pay their fair share of taxes—have inspired working people across the country. His bold response to the climate crisis has attracted legions of young voters, and his foreign policy, which emphasizes diplomacy over regime change, speaks powerfully to war-weary citizens.

Most important, Sanders has used his insurgent campaign to tell Americans the truth about the challenges that confront us. He has summoned the people to a “political revolution,” arguing that the changes our country so desperately needs can only happen when we wrest our democracy from the corrupt grip of Wall Street bankers and billionaires.

We believe such a revolution is not only possible but necessary—and that’s why we’re endorsing Bernie Sanders for president. This magazine rarely makes endorsements in the Democratic primary (we’ve done so only twice: for Jesse Jackson in 1988, and for Barack Obama in 2008). We do so now impelled by the awareness that our rigged system works for the few and not for the many. Americans are waking up to this reality, and they are demanding change. This understanding animates both the Republican and Democratic primaries, though it has taken those two contests in fundamentally different directions.

At the core of this crisis is inequality, both economic and political.