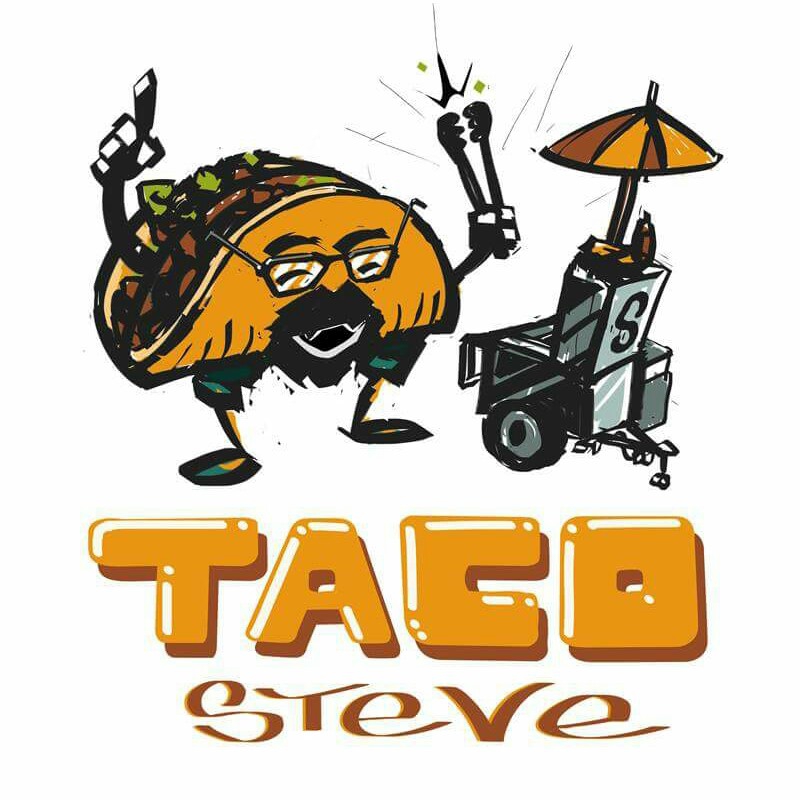 What began as Powell’s Pigs and Cows eventually became Taco Steve, a phenomenon that has been slowly percolating throughout 2015.

Stephen Powell, who for a great many years was an employee of mine at the New Albanian Brewing Company, started rolling his taco cart to downtown street corners, and began developing a following.

Another instance of his business’s evolution took a step forward last night, when Taco Steve did an invitation-only “soft opening” of his forthcoming bricks ‘n’ mortar location in the former Dueling Grounds Cafe space at Destinations Booksellers (604 E. Spring).

Thanks to everyone who came out for the opening. Next time I’ll make more food. Regular hours will be posted soon for the Spring Street location, after some analysis and fine-tuning. Tacos for Everyone!

For further information, check the Taco Steve page at Facebook. I’m happy and hopeful for him. In an era of immediate gratification, Steve is taking a modest gradualist’s approach, seeking to get small things right and basics put into place, and only then growing … incrementally.

There’ll be much to come, so stay tuned to Taco Steve.