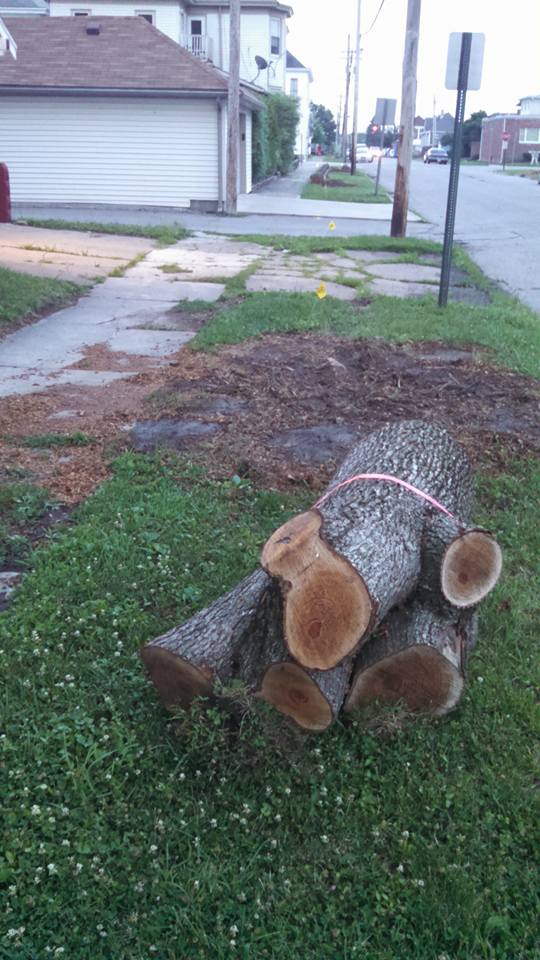 Over the weekend, a conversation started at the Facebook group called New Albany Indiana, which is an excellent portal for local news and events.

A few neighbors who live on or near Thomas Street are upset because trees were cut down as part of the sidewalk replacement project there, and (stop me if you’ve heard THIS one before) they received neither forewarning nor an opportunity to offer an opinion on the topic.

And some of them are steamed. If for any reason you cannot view the page, here is a sampling of the comments. In fact, one of them composed and shared a “jeer” for the newspaper.

Thomas Street now looks like a war zone, devoid of life, beauty, and charm. Thank you (NOT!) for cutting down all of our trees. Some trees have been taken care of meticulously by their owners – beautiful, Bradford pear trees. Trees where the owners always had them trimmed. Trees that just had $600 spent on them a few months ago for trimming. Trees that are now pulverized.

Trees that are good for us, good for the environment, added shade, added beauty, added value to our homes and our neighborhood.

This was totally NOT necessary. This neighborhood is upset.

Cue the annoyed, as follows.

If Jeff Gahan allergic to transparency?