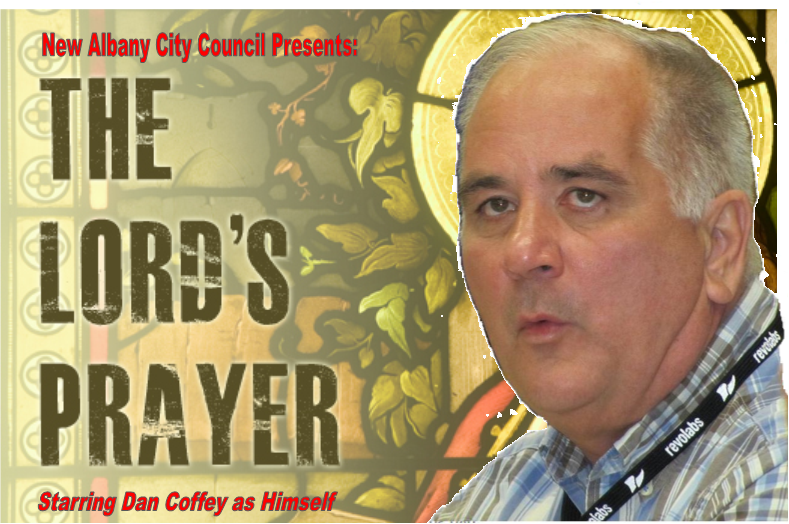 For about three years, 1st district councilman (and Wonderful Wizard of Westside) Dan Coffey had nothing whatever to say about prayer at council meetings, even if prayer has been a consistent recourse all along among those unfortunate souls in attendance, who consistently are spotted beseeching various deities for shelter from Coffey’s rambling, self-serving oratorios.

Then Coffey, who is a Democrat in the same way that Auto-Tune is a singer, was compelled to join discussions earlier this year on a council resolution concerning the Religious Freedom Restoration Act.

There Cappuccino sat, fuming, as modernity invaded his personal council fiefdom, malignantly contemplating his newfound role as Gahan’s Chosen Hammer, determined to exact tribute not only from the villainous gays, whom he despises, but even more importantly, from the whining downtown shopkeepers, those highfalutin foreigners who’ve never accepted a humble hardscrabble rag-picker like Coffey as one of their own — who refused to acknowledge Coffey as their natural leader.

Magically, from that point on, Coffey has become the veritable malfunction junction where the Ayatollah Khomeini meets Billy Sunday, and they breathlessly procreate, and a vivid new politically-motivated obfuscation is born.

But rejoice, anyway, because there will be deliverance. The council will vote this evening to move its starting time forward from 7:30 p.m. to 7:00 p.m., meaning that as the body accomplishes even less without the written consent of the mayor to whom its president is subservient, at least there’ll be more time for Bud Light longnecks at The Road House afterward.

… Councilman Dan Coffey has pushed bringing back vocal prayer during meetings, and has criticized fellow members for not being more supportive of allowing an invocation.
“I’m tired of people saying we have to be tolerant of others, but they want to take the prayer out of our council,” he said last week.