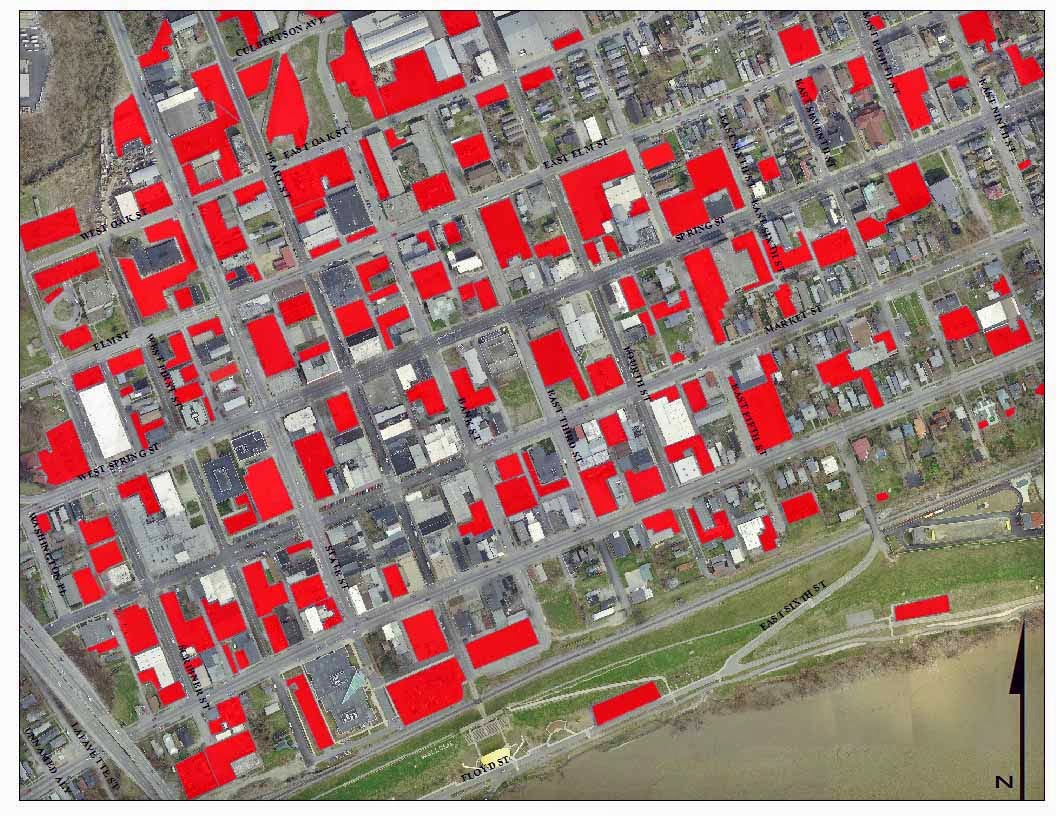 Once New Albany had a grand post office at the corner of Spring and Pearl. It was targeted by Suburban Think and bulldozed in the 1960s for conversion into a mundane parking lot.

So it remained until just a few years ago, when we spent far too much money, perhaps a million and counting, to transform the space into what’s known now as Bicentennial Park, one bounded by a building, an alley, and two one-way streets, one of which is a high-speed arterial.

The appearance of Bicentennial Park undoubtedly is an improvement on the poorly maintained parking lot owned by notorious slumlords, but it was built without multi-modal use in mind — and might mere beautification have been done less expensively?

Also, as with the farmers market build-out at Market and Bank, a crucial street corner is tied to an occasional use concept rather than soon-to-be possible infill construction. With all due respect to my friend David White, high rises never were as much the objective as achieving density by filling gaps downtown.

The overall “message” as conveyed by the city’s design, and its periodic use of Bicentennial Park for organized events, is that it isn’t really a public space meant for adaptation and impromptu use. Rather, it’s for shows and for gigs it wasn’t built to support, meaning that each such temporary use must be funded again, over and over. How does this make sense?

The planning and design of Bicentennial Park were decreed from the top-down, and they ignore inclusive principles of community and placemaking in favor of finding a spot to erect a self-congratulatory plaque.

Meanwhile, in DC … a counter example.

Old Town Square in Fairfax used to be a park that nobody used because it was wedged between two parking lots in the middle of the city’s small, historic core. Now it’s bigger and more inviting, and it’s helping Fairfax embrace its urban roots.