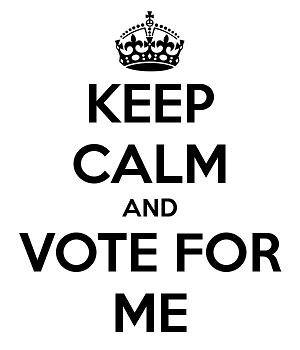 As the weeks go past in route to May’s primary election, we’re providing periodic candidate statements of substance, mostly unretouched, as lifted from social media and news reports. Familiar gems such as “yard signs win elections, not people” and “donate to my campaign first, and maybe I’ll have something of merit to say much, much later” will be omitted. That’s because it is my aim to determine whether our declared candidates have anything to say at all, and I’ll quote all candidates, from any and all parties, whether or not they’re in a contested race. Just promising change and new ideas without divulging them won’t cut the mustard, aspirants.

I’d like to begin this edition of “What they’re saying” by saying thanks to Kevin Zurschmiede, who was among the first to “like” my own mayoral page at Facebook.

“What greater form of poverty can a community have than this? Read this letter to find out the TRUTH! We need your help to bring change to our city!”

Unfortunately, the letter White cites comes to us in the form of a photograph, not a readily usable text format (it does not appear to be featured at White’s site, either), and so you’ll have to go to the source to read it.

Turning to the council races, Al Knable (at-large council) offers a chance to meet the GOP candidates  — with locally crafted Honey Creme doughnuts as a bonus,

The Republican candidates for this year’s New Albany municipal races will be hosting a “Meet and Greet” Saturday, April 11, from 8:00 to 11:00 AM. 2241 Green Valley Rd. Free coffee and donuts. Free speech. Meet the candidates for one on one discussion. All are welcome. Please help spread the word.

In the 6th district, two of the three Republican council candidates consider an increasingly common topic in the primary, this being the absence of transparency.

One thing I often observe around town is a general frustration with the current administration’s lack of transparency and limited communication with the public. I’ve kept up with a lot of the concerns from the New Albany PD to the Little League to the recent debacle with the historical society. Many city officials are not as responsive to the needs of residents as they should be. The city council meeting was maybe an hour and a half about a fourth of it was public concerns and the rest of it was them bickering and personally insulting each other. The current methods of governing are inefficient and often don’t serve to combat any of the real concerns. I take a lot of grief from my own party because I am a very blunt individual and I am not always as politically correct as most elected officials are viewed to be. New Albany isn’t a circus. It doesn’t need more clowns to joke about and it doesn’t require more to people dance around the issues. New Albany needs direct and honest leadership. I will not sugar coat and sanction the inefficiency of the municipal government. If elected I promise regained focus, a clear vision and a government that is efficient and accountable to its residents. Vote McCourt for Accountability.

The confusion with our city’s logo is the manifestation of a much greater problem facing our city today. That problem is transparency and communication. Too often it seems that the mayor’s office will go behind the backs of the city council. Whether the seal has been changed or not isn’t the point. There are boundaries and checks and balances that must occur for our city to run smoothly. Those checks and balances have been dismantled. If elected I will honor all boundaries and make sure the mayor’s office stays within those boundaries as well as the council. I will be a strong advocate for transparency and also make it a point to keep an open door policy with my constituents. In order for our city to take that next step we all want it to, we must get serious about our city’s actions and hold our elected officials accountable.

On the Democratic side, transparency also is of concern to at-large council aspirant Adam Keeler.

One thing I am hearing from all political candidates in New Albany is the request for increased transparency. I hope this will help show our current elected officials that this is an important issue. It will only help increase ease of access and awareness to current issues the city is facing.

I am proud of our City Council for voting yes to repeal the RFRA S.B. 101. However, I am saddened that Councilman Blair, a representative for our entire city, did not support the measure. Equal rights and equal opportunity are what sets the United States apart and allows every individual his or her chance at obtaining their American dream. It may be symbolic, but it shows good precedence.

If anyone or anything is being missed, let us know.