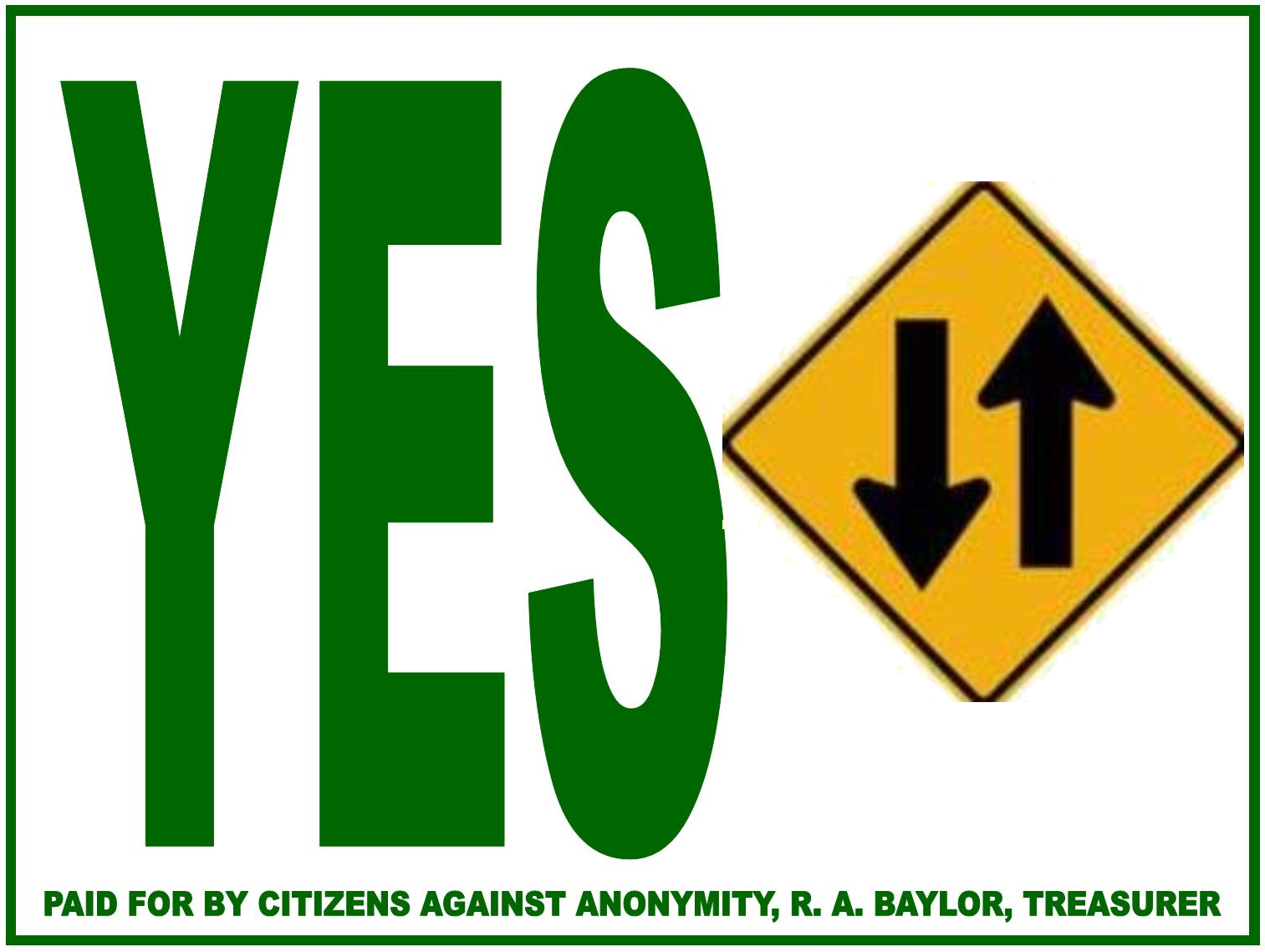 There is an article today by Daniel Suddeath in the News and Tribune in which the state of small business success/failure in downtown New Albany is surveyed.

I’m not linking to it because the pay wall prevents me from doing so. You can find it easily enough.

Developers Carter, Resch and Chalfant have good things to say about prospects for improvement in light of their ongoing, largely unsubsidized development efforts.

Current city band-aid programs (UEA, sidewalk repairs after a half-century of neglect, a dozen Bicentennial Park concerts each summer) are praised as manna from heaven, and not a single small business operator is consulted.

You’d think they’d be the most important sources of information, particularly as all others seem to agree they should be doing more to help themselves … but I digress.

We already know that Duggins and his City Hall colleagues are utterly terrified to mention aloud what they insist correctly in private is the ideal means of our potential betterment — Jeff Speck’s forthcoming proposals for walkability, which include calmed traffic and completed, two-way streets. Duggins himself told me quite unapologetically that he couldn’t possibly be seen to educate small business owners about the merits of Speck’s worldview, lest he and the city be blamed for potential business failures — which, of course, are occurring right now, pre-Speck.

ON THE AVENUES: Really, the word “progressive” embarrasses you? That’s okay, because political cowardice disgusts me.

However, for chrissakes, shouldn’t John Gonder know better and be prepared to say so?

All John can say for attribution in the newspaper today is that he doesn’t know what further help the city might provide to improve the business climate — and he gallops off to compare apples and oranges with respect to retail varieties.

Earth to John: We know quite well how big box retail negatively impacts us, and what we’re trying to do is implement as broad a range of potential solutions as possible, as with the following article, which I’m reprinting in its entirety, called “A Business Case for Conversion from One-Way to Two-Way Streets.”

We all know quite well that a two-way street grid, aiding and not nullifying just the sort of small business climate as downtown New Albany is capable of having, is a strategy proven to work.

Why can’t we mention this fact aloud?

Just because City Hall fears its own shadow and refuses to own a project that can do QUITE A LOT to help improve the business climate, not just for a few facade grant or sidewalk beneficiaries, but for all involved … if we’d just bloody well GET ON WITH IT and get it done … do you think a council person who understands this might chime in for once and HELP?

Today, we have a better understanding of what ingredients can contribute to a vibrant and prosperous city, and it is not limited to traffic flow.
By Sarah V. Wayland
Published May 24, 2012
The recent debate in Hamilton around one-way streets has focused on different aspects of the issue, including pedestrian safety, livable neighbourhoods, and the “usefulness” of one-ways. This article focuses specifically on small retail businesses, building on the insightful essay by Aaron Newman to show some of the research findings in this area.
Considerable research on the business case has been cited in a relevant Master’s thesis1 that forms the basis of this article.
Among the many variables for assessing one-way and two-way streets in a commercial corridor are business visibility and storefront exposure. Business visibility refers to the ability of a driver to see and identify a storefront or sign. Storefront exposure is the ability of a driver to see a specific storefront based on the store’s location within the block and within the street network.
There is some evidence that one-way streets are good for business, but only certain kinds of businesses. For supermarkets and other kinds of high-volume, low-margin stores or destination stores with their own parking lots, one-way couplets (such as we have on King and Main) can provide quick access.2
However, in the case of smaller stores that are situated along an urban city block, sell unique items, and are often locally-owned, two-way streets provide better business visibility and storefront exposure.
Even critics of two-ways agree on this point: “Specialty stores that rely on impulse sales and depend on high margins per sale do better on two-way streets, since only half their potential customers would see them on a one-way couplet.”3
Indeed, even national book and coffee chains choose locations on two-way streets to maximize exposure and visibility.4

Why two-way streets are better for business

Storefront visibility: Storefront visibility is an essential prerequisite for “impulse” purchases and stops at smaller stores, even if the motorist plans to return later on foot to shop. Storefront visibility is optimized when drivers go at speeds of 30 to 40 km/hour.
In excess of about 48 km/hour, it becomes difficult for a motorist to observe what retail outlets are located along the street.5 When traffic moves above the posted speed limit, as often happens on one-way thoroughfares, storefronts and signs are even less visible.
Direction of travel: Storefronts lose valuable exposure to drivers on one-way streets. As drivers approach an intersection, they can see storefronts on the far side of the cross street. However, the closer side of the cross street is completely eclipsed from view, thereby decreasing precious storefront exposure. Even the stores on the far side are not so noticeable if the driver doesn’t have to come to stop at the intersection.
Consumer comfort: Slower-paced two-way streets offer a better shopping and dining experience for consumers than do one-way multi-lane roads through commercial areas. Public gathering places can form along streets that where traffic is calmed.
In the United States, there is actually a strategy that involves making streets more “consumer friendly” by attracting pedestrians, increasing congestion and making downtown street networks more easily navigated.
The National Trust for Historic Preservation’s Main Street program seeks to preserve and revitalize downtown areas. Developed in the 1970s to prevent the continued decline of traditional commercial streets in American cities, the Main Street approach has supported the use of one way to two-way conversions.6 To date, it has been applied in more than 1,200 cities, towns, and neighborhoods, with very positive results.

Conversion to Two-Way worked in US Cities

One of the few if only comprehensive surveys of one-way to two-way conversions in downtowns was completed for the Hyannis Main Street Business Improvement District (HMSBID) in Cape Cod, Massachusetts in 2000.7
The HMSBID commissioned this study when it was considering converting a downtown street (Main Street) to two-way traffic but was dissatisfied with previous conversion case studies that focused on traffic flow only. The HMSBID study focused on business development and downtown livability.
Of the 22 cities identified as having converted their main downtown streets from one-way to two-way, the majority reported positive results in terms of business development.
One community reported mixed results but no municipality reported a negative impact. (It should be noted that many of the conversions were part of a greater revitalization program that included various streetscape improvements, so improvements may have resulted from a variety of changes beyond the elimination of one-way streets.)
Communities reported improved business, increased investment in the downtown, more choices for travel in downtown, increased pedestrian friendliness, and a general feeling of improved “livability”, “quaintness”, and “sense of community.”

In the past, traffic engineers were mainly concerned with avoiding congestion. Other factors such as business vitality, pedestrian safety and the historic character of commercial streets were largely overlooked.
Today, we have a better understanding of what ingredients can contribute to a vibrant and prosperous city, and it is not limited to traffic flow. The business case for “shoppable,” driveable, walkable and livable streets has been made. It is now time for our own city planners to take heed.