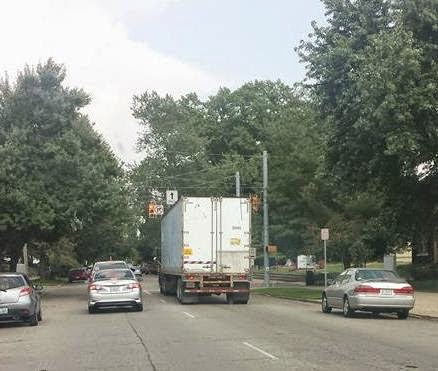 I mean, he must believe it. After all, he’s doing nothing to address OR to resolve the problem. Perhaps Wi-Fi doesn’t penetrate the city’s bunker mentality.

Meanwhile, I received this note the other day:

“Coworker has rental house at 13th and Elm. Trucks were going down 13th and ripped power lines off the house. Firefighters said it was like the 3rd time in one week.”

The photo at top was contributed by regular reader MB, who notes:

“Courtesy of the Main Street Deforestation Project. The semi just barely fits. Look how close the one-way street sign is!”

That’s right, MB, and look at how the daily onslaught of pass-through trucking completely obscures the downtown landscape, which we already mistakenly believe is being viewed by pass-through cars speeding alongside the trucks, down one-way, unenforced city streets.

It’s what Bob Caesar believes. And as long s Mayor Gahan does and says nothing, we must conclude it’s what he believes, too. 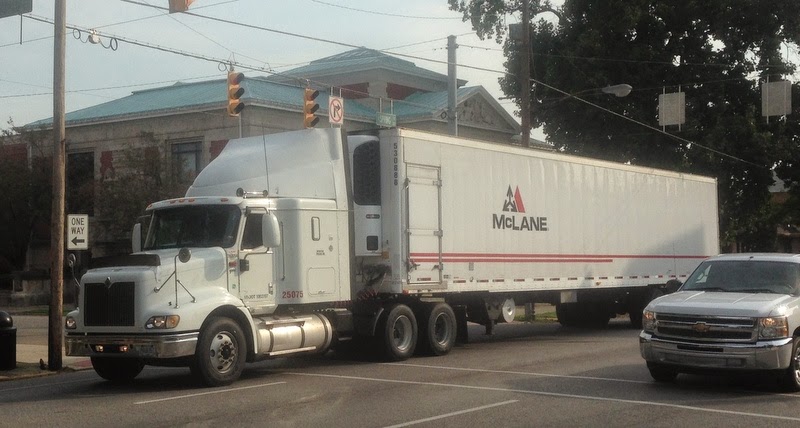 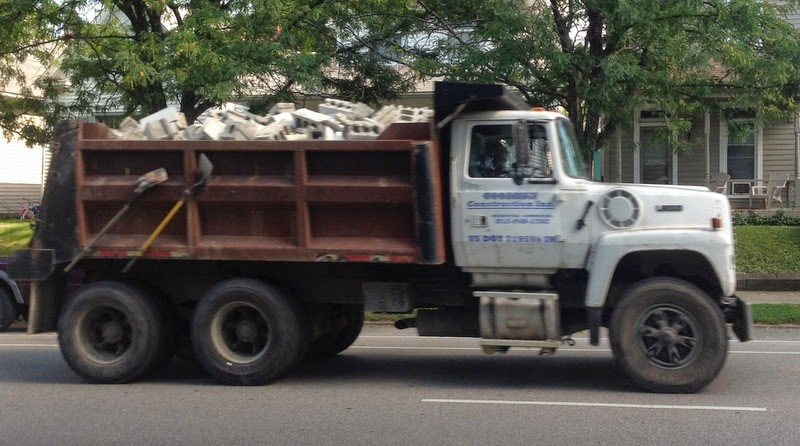 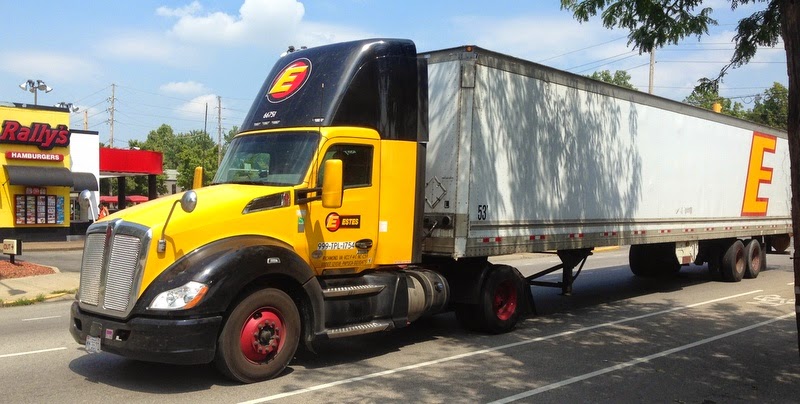