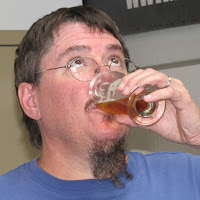 ON THE AVENUES: “Science is the only true guide in life.”

To What Strange Place: The Music of the Ottoman-American Diaspora, 1916-1929

We Americans generally spend far too much of our spare time wallet-gazing to pay much attention to the wider world outside our garishly gated exurban communities, and so in the decade since the terrorist attacks of September 11, 2001, it has been disconcerting for us to realize, belatedly, that millions of non-Christians are roaming the planet and wreaking havoc on our parochial notions of propriety.

Quite a few of these are Muslim, and many are citizens of non-democratic countries of the sort we’re willing to retain as strategic bedmates where necessary (see addiction, petroleum), but otherwise are to be held in contempt because they’ve permitted Islam to strangle their secular societies in precisely the same way so many fundamentalist Christians in America wish they could hijack daily life in the United States – something about our supremely inconvenient Constitution stands in the way, although I seldom recall exactly why.

If my fellow ‘mericans so much as even noticed this year’s ongoing “Arab Spring” upheavals in the Middle East, it was for little more than a convenient excuse to cheer for the death of Gaddafi, and with that grisly mission finally accomplished, they scurried back to the X-Factor for kicks. Still, perhaps some observers may have briefly averted their gaze from the Quizno’s dollar menu du jour and gathered that repressive yokes in places like Tunisia, Egypt, Libya and Syria are still waiting to be shed.

These countries have many things in common, but one shared experience largely forgotten by westerners is that all of them once were components of the Ottoman Empire, remembered primarily because someone in France borrowed the name to describe an upholstered footstool. But at the zenith of its six-century existence, when Ottoman forces besieged Vienna and came very close to winning the battle, the empire’s power was no joke.

The Ottoman Empire originated in Anatolia, or modern-day Turkey, and its upward arc was closely aligned with the expansion of Islam. The empire had a Sultan, who eventually also conveniently served as the Caliph, meaning that state and mosque were neatly rolled into one decadently theocratic entity dedicated to the preservation of its multinational aggregation.

A significant chunk of the huge Ottoman imperial dominion spilled from Asia into Northern Africa, and more importantly, into the Balkans, rendering the Sultan into a player at the concert of Europe, and helping explain the term Sick Man of Europe – also the name of guitarist Rick Nielsen’s last band just before Cheap Trick was formed. To make a long story short, the Ottoman Empire became profoundly “sick” from the 17th-century forward precisely because of its foundational nature as a theocracy, one so stilted and conservative that evolution and modernization were almost impossible.

A succession of increasingly irrelevant sultans remained enamored of their eunuchs, scimitars, harems and hash pipes, even as the European continent progressed through a transformative Enlightenment, which barely registered among the Ottomans. It was only after yet another disastrous military defeat in 1878 that a “Young Turk” movement arose with the objective of westernizing the Ottoman hierarchy, and bringing it into step with modern civilization before all was lost.

In the early 1900’s, a promising young Ottoman officer from Thessalonika named Mustafa Kemal gravitated toward this Young Turk movement, immersing himself in an eclectic mix of 19th-century European doctrines. As it turned out, the Ottoman Empire was beyond redemption, and a new entity would rise from its ashes: The modern Turkish Republic, in which Kemal would meet his destiny.

In “Atatürk: An Intellectual Biography,” M. Sükrü Hanioglu charts Kemal’s rapid career trajectory. As hero of the battle against the Commonwealth at Gallipoli in 1915, he rapidly advanced to the top of a crumbling, post-WWI regional heap, emerging during the 1920’s not just as the most powerful military and political figure in Turkey, but as the freshly minted country’s undisputed motive force, who eventually was redubbed Atatürk – Father of the Turks.

Hanioglu’s slim volume excels because it is relentlessly focused on a specific examination of Atatürk’s intellectual life and avoids narrative history from the perspective of his sex life, private proclivities or recreational drug preferences (he had a wife, read quite a lot and died of cirrhosis). Significantly, when we ask what made this man tick, the single most revealing answer is what did not: Religion, in the form of the Islam.

Here is the rare example of a leader born into a milieu of pervasive religious attachment, and who responds by rejecting it utterly. Indeed, Atatürk did not eschew his own cult of personality, resembling so many other political strongmen, then as now. However, as head of the youthful Turkish state, he relentlessly pursued secularization, advancing the proposition that “science is the only true guide in life,” and acting accordingly.

Ultimately, Atatürk failed to rid Turkey of what he considered as an unnecessary, foreign religious belief. At the same time, his efforts succeeded in forging a huge measure of church-state separation where it was needed – and still is.

I accompanied my reading of Hanioglu’s text with a three-CD set, “To What Strange Place: The Music of the Ottoman-American Diaspora, 1916-1929.” Atatürk’s birthplace in what is now Greece was a microcosm of the Ottoman melting pot, whose immigrants in the United States formed vibrant urban ethnic enclaves, most often on the East Coast. These vibrant recordings run the aural gamut of a newcomer’s emotions, from lively to melancholic, and are a vital, if neglected, component of the American folk music tradition.