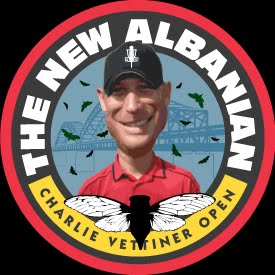 Bank Street Brewhouse will be staging a parking lot party this Friday and Saturday, September 4 and 5. Both nights, there’ll be a tent, live music, and outdoor grill for burgers and brats, and plenty of NABC’s progressive pints.

The important part: The public is invited to come take part in the fun. The actual reason for all of it requires a more detailed explanation.

I suppose that makes it a private/public party of sorts. We expect Friday night to be more laid back, with Saturday’s the bigger crowd. I’ll be at NABC Grant Line (in Prost) on Friday night doing this year’s Lambic by the Glass seminar (you’re invited to that, too), but hope to see friends, countrymen and fellow travelers on Saturday. It will be our third big weekend in a row, with the annual Carnegie Museum fundraiser across the street coming on Friday, September 11 (after-party at BSB), then a few weeks of relative peace until Fringe Fest 2009.

We’re seriously considering starting Fringe Fest on Satuday, October 3, at the conclusion of the Harvest Homecoming parade, and running it continuously for almost eight days (maybe one day off) through Saturday, October 10 — the final full day of booths. There’d be different formats for different days, with something happening constantly. It’s completely insane, and because it makes so much sense, it isn’t certain that the state of Indiana will permit us to do it, but we’re checking.

Stay tuned. I just don’t understand why my uncouncilman always talks about a “depression” when there’s so much exhilaration going on.