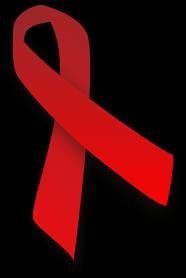 By coincidence, the recent weeks leading to this year’s World AIDS Day have witnessed much household discussion about the AIDS pandemic, owing primarily to Mrs. Confidential’s current University of Louisville grad school class project. She’s been studying the decade of the 1980’s and analyzing attitudes at the time toward America’s gay community, both in societal and cultural terms, and specifically pertaining to her chosen career of social work.

Our many open-ended conversations about these and related topics have unexpectedly succeeded in exposing a great deal of repressed anger and indignation on my part.

There are numerous references I might cite that would help explain my lingering outrage, but this guest opinion piece, published in San Francisco in 2004 on the occasion of President Reagan’s death, serves nicely.

A significant source of Reagan’s support came from the newly identified religious right and the Moral Majority, a political-action group founded by the Rev. Jerry Falwell. AIDS became the tool, and gay men the target, for the politics of fear, hate and discrimination. Falwell said “AIDS is the wrath of God upon homosexuals.” Reagan’s communications director Pat Buchanan argued that AIDS is “nature’s revenge on gay men.”

It’s true that the phenomenon of self-serving bigotry, thinly veiled hatred and crass stupidity routinely spewing from the well-fed mouths of those imagining themselves as paragons of morality isn’t exactly new in the historical experience, but perhaps my witnessing it during impressionable youth provides a deeper, more indelible impression within the consciousness.

I can think of no single occurrence that better illustrates the mean-spirited poverty of compassion, the flaunting of insensibility and an alarming absence of basic human decency on the part of “God-fearing American Conservatives” than the reaction of Falwell, Buchanan and so many others of the bilious ilk to the advent of the AIDS pandemic during the 1980’s.

My disgust with this reaction is a very large part of why I am a humanist, why I am an atheist, why I am a liberal, why I am a contrarian, and why I am implacably opposed to whatever mystically religious or basely political forces that connive and fester in the diseased heart of such institutionalized and calculating callousness, and it is why that incredibly tired bromide about the liberalism of youth yielding to the conservatism of advancing years doesn’t apply to me and never shall.

As though to say that as one grows older, the imperatives of human and civil rights fade into an appreciation of nothing so much as money and personal comfort. Quite frankly, the notion makes me want to retch.

Gay, straight, red, pink, black, white – too many people died then, and too many suffer now. We’re a quarter century into AIDS, and there remain people – right here, in this community – who are more concerned with the haughty assertion of their own “moral” superiority than with tending to and healing the sick, and more importantly, than upholding the dignity and equality of all men and women, whether under the watchful gaze of a supreme being or that of the Blue Speckled Hungadunga.