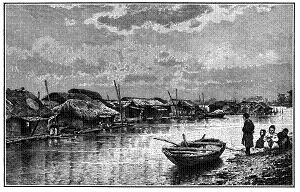 Curmudgeons like to remind people unaccustomed to recalling ancient history that ultimately, someone had to pay for the inspiring story of the Pilgrim meal – and that “someone” was the notion of Native American culture.

I’m one of ’em. Curmudgeon, not Native American.

But apart from uncomfortable truths, a holiday built around sheer gluttony isn’t such a bad thing, even if you’re on a diet and must cut out a dessert.

Although she’s a card-carrying vegetarian, Mrs. Confidential surprised me by fixing a turkey … and I’m having some of it for breakfast. She gets stuffing, cranberries and perhaps tofu of some variety. In other words, bird food. The type I’ve been eating for the past month.

My mother thoughtfully excused us from Tommy Lancaster duty this year, but she’ll be bringing pecan pie to accompany coffee and chit chat in the early afternoon.

I said cut out a dessert — not all of them.

The high point of the day will follow later in the day when we motor to the South End and visit Vietnam Kitchen for the day’s real feast. I’d rather bring it home for an NBA game; sadly, none are scheduled on a Thursday filled with (yawn) football.

Of course I’m thankful: To Asian immigrants who keep their restaurants open on holidays like Thanksgiving.