This is the last I’ll have to say about the St. Marks demolition issue; what’s done is done, and there are times when it’s best to move on, though not without a handful of photographic observations. 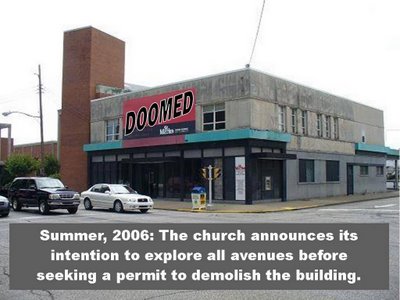 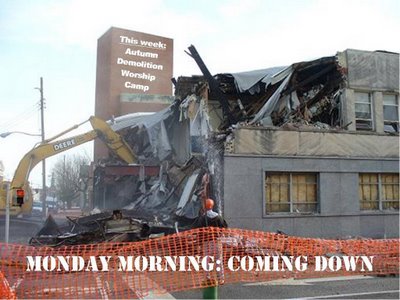 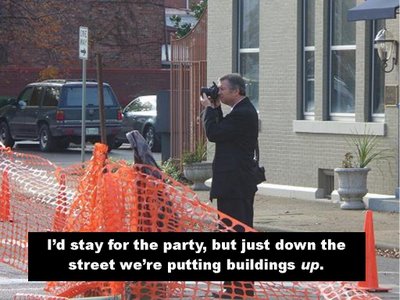 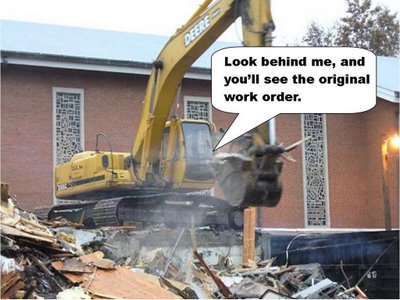 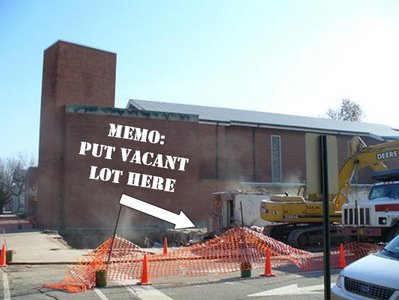 Earlier this year NA Confidential was prepared to lead whatever charge might be mounted and sustained to keep this old building standing, primarily because there was (and remains) a vital matter of principle involved with it, if not for one important, critical, deciding factor.

The senior pastor of St. Marks, John Manzo. I’ve yet to meet him, but I’ve come to like and respect him very much.

John came to these pages several times and provided detailed explanations for his church’s actions with regard to the building at a time when the congregation’s demolition-first firebrands, who lack John’s considerable skills in rational diplomacy, were mum at best, and confrontational at worst.*

To be sure, I’ve not always agreed with John’s viewpoints, but in the end, the deep and good impression he has made (and continues to make) with his thoughts and comments swayed me, and his simple recognition that the community does has a right to be interested in decisions that impact its streetscape is much appreciated. Subsequently, we have agreed — perhaps to me, surprisingly often — on numerous other issues, and I’ve learned something from his perspective. We can agree to disagree on the demolition decision.

Now seriously, John: Many of us sincerely hope that your church elects to build something this time around. We have enough vacant lots downtown, and so far, St. Marks has been an net creator of empty space.

Thank you again for listening and reading. Good luck. 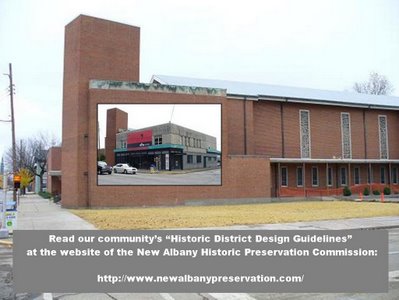 * One of whom explained to me that the best way to regulate traffic in downtown New Albany would be to remove all the stoplights, since there’s no reason to stop, anyway, and in essence proffered a view of historical preservation tantamount to Sen. McCarthy’s view of Communism. I suppose that he hasn’t been looking all that closely at the changing dynamic when commuting from the exurb for services at St. Marks. Willful ignorance of New Urbanism doesn’t sound like an excuse to me, but then again, I grew up in Georgetown — and have since at least tried to learn the language of the city.