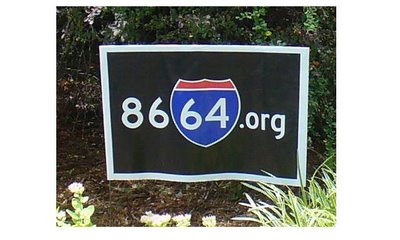 A case for the future: 8664 IS STILL AROUND, AND WITH MORE SUPPORT THAN EVER. IS THERE CAUSE FOR HOPE?, by Stephen George (Louisville Eccentric Observer).

With the Courier-Journal in active opposition to the grassroots vision elucidated by the movers of 8664, it’s left to LEO to assume its proper place as media outlet for the alternative – as Stephen George’s cover story today makes abundantly clear.

The measure of a world-class city is most often taken in its downtown. There is no way to accurately say whether 86-ing I-64 from downtown will be the economic boon (Tyler) Allen and (J.C.) Stites contend it will be. Likewise, it’s also impossible to assure Louisvillians that 14 years or more of major highway and bridge construction downtown — with the end result an urban zoo even more populated by automobiles — will kill the huge momentum Louisville has right now to reinvigorate our city’s heart.

With so much at stake, though, isn’t an open mind at the very least prudent? When suggesting an alternative to a $2.5 billion transportation project with so much potential for both efficiency and disaster is considered an impediment, do we not proceed then at our own peril?

Previously at NA Confidential:
8664: It’s never too late to start all over again.
-and-
UPDATED: 8664: On bridges (real & imaginary) and vision.