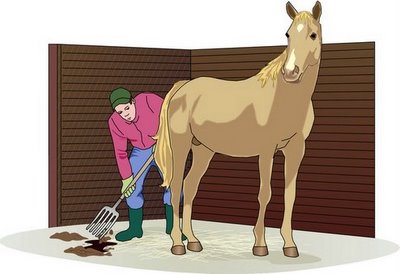 Given the fever pitch of local political personality conflicts presumably dating back to the Eisenhower administration and our city’s general lack of interest in intellectual pursuits of the sort that generally lead toward enrichment and away from misery and poverty, human rationality is bound to be the first casualty of the Coup d’Geriatrique’s hate-infused war against modernity.

I’d personally like to thank my Councilman, Steve Price, for understanding what is going on with the financials and the sewers. Keep your stand, Steve. Our family supports you 120%. Thank you.

Since his accidental ascension to the council in the election of 2003, CM Price’s genetic blinders have grown steadily and pervasively closer together, with a resulting narrowed range of vision similar to that of blind bats in Kentucky famous cavern systems.

But of course without the sonar necessary to avoid mid-air collisions.

The undisguised gist of CM Price’s public position on all fiscal matters has been far more in keeping with that of the GOP’s uber-warlord Grover Norquist than anything emanating from the political organization to which he claims tenuous and vacuous membership.

Both Norquist and CM Price are intent to forcibly starve government of resources to the point that it can be “drowned in the bathtub” – in CM Price’s case, one of the bathing receptacles located in one his rental properties.

In general terms, the councilman enjoys a good reputation as rental property manager. He is said to be hands-on to the point of a hovering, nitpicking nanny, and certainly such meticulousness is preferable to the exploitative alternative that we must sadly regard as the norm in the absence of meaningful regulation and enforcement.

Why, then, is CM Price intent on his city being run in the fashion of the worst absentee slumlord – its value steadily degraded through lack of investment, starved, reduced, and subjected to degradation through terminal neglect?

It is no exaggeration to suggest that an unbiased review of the past three years of city council activity (“action” would be too strenuous a word given the circumstances) yields evidence of a regressive voting bloc that we’ve referred to here as the Gang of Four.

CM Price has allied with fellow councilmen Coffey, Schmidt and Kochert to forge a remarkable record of votes that reflect a pathological distaste for the city’s proper investment in itself, a blatant disregard for the proven tenets of economic development, and a barely disguised mistrust for the educated and the capable who plan, not grandstand.

Significantly, during the Gang of Four’s boisterous and often embarrassingly obstructionist tenure, these allied councilmen have snarled early and often at what they dislike and abhor, but have yet to produce the slightest evidence of a coherent policy alternative.

All the preceding at least helps to explain the surreal nature of today’s second Democratic Party street and alley clean-up.

A bloc of councilmen registered as Democrats, but advocating the position of Norquist’s cut ‘n’ gut Republican jihad, consistently behave in such a legislative fashion as to keep the city down where it is sufficiently small and fractured to ensure the bloc’s continued influence.

Another group of Democrats, many of whom possess the brains to see a higher road and a better way, are forced to trail behind the malicious Gang of Four, scrubbing the streets and removing the evidence just like the people with bags and brooms walking behind the braying asses in our annual parade.

Why they haven’t grown tired of picking up after their untidy brethren is anyone’s guess.